Tottenham manager Jose Mourinho has earmarked Chelsea ace Willian as one of his priority targets ahead of the next transfer window. Spurs could face a problem in attempting to secure the 31-year-old winger’s signature on a free transfer at the start of July, however. He is out of contract at Chelsea on June 30 but the coronavirus pandemic has raised the possibility of staying at Stamford Bridge until the 2019/20 season officially ends.

According to Football Insider, a leaked FIFA document has detailed the COVID-19 outbreak as a ‘force majeure’ which prevents contracts from being completed, which would see players remaining at clubs until league campaigns are fulfilled despite their deals officially expiring.

Chelsea’s attempts to extend Willian’s contract have hit a road block over the length of the terms. The club are reportedly offering two more seasons but the player is holding out for three.

Tottenham boss Mourinho is eager to take advantage of the situation by reuniting with Willian, who he signed for the Blues from Anzhi Makhachkala in 2013.

Willian was given permission by Chelsea earlier this week to travel back to Brazil to be with his family during the coronavirus crisis.

Frank Lampard’s first-team squad are on a three-week lockdown like the rest of the United Kingdom due to the coronavirus outbreak so a return to Premier League action is not imminent. 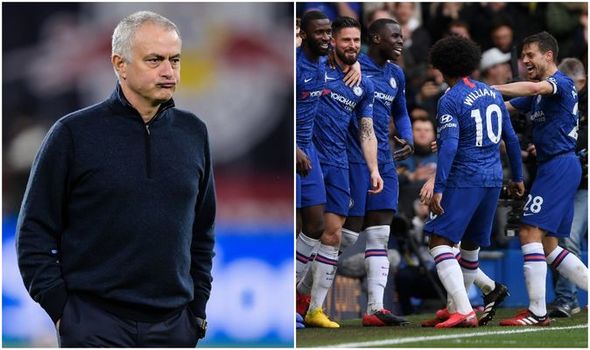 The 20 top-flight clubs have vowed to see out the campaign so it is likely to run deep into the summer.

Despite the uncertainty surrounding his future, Willian has vowed to play on for Chelsea.

“My contract really ends I think in July,” he said.

“If I had to play on those dates, in these months, I think it would be no problem for me to end the league in a way which would be loyal to the club, as they always were with me, regardless of a signed paper.”

When asked whether he will stay at Chelsea beyond this summer, Willian said: “It’s clear that this is not a certainty, we don’t know what can happen. 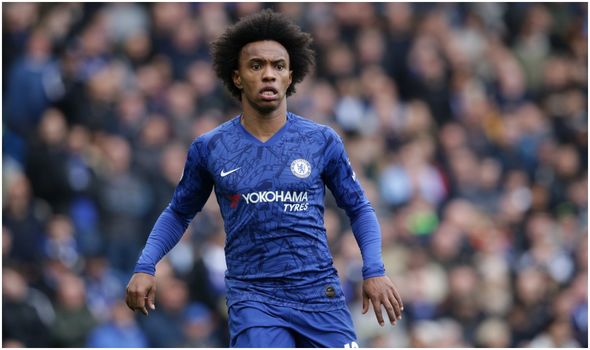 “But without a doubt, as always, I will always be ready to give the best to my club regardless of my contract situation.”

“Willian has been Chelsea’s best and most consistent player,” he told CaughtOffside.

“Turning defence into attack brilliantly, with such pace. They would be foolish to let him go. He’s not only a great player but a player who young players can learn off day in and day out.

“You can’t beat such experience from a player with such great ability and one who has been a fantastic servant. I would keep him, for where do you find another Willian?”