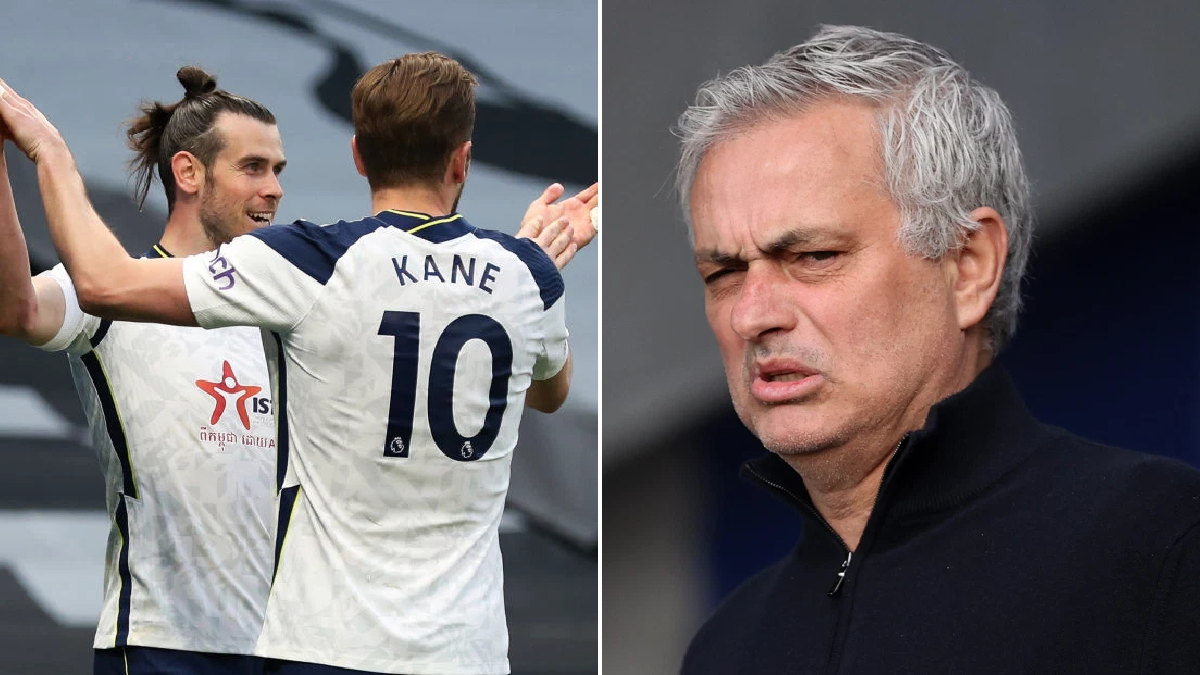 Jose Mourinho has taken a swipe at former Tottenham charge Gareth Bale claiming he does not score or perform against the best teams, while he says there is ‘uncertainty’ around Harry Kane’s leadership role at the club.

The Real Madrid loanee was only used sporadically by Mourinho during his season back at Spurs, though still managed to net 11 Premier League goals and lay on two assists – averaging a goal involvement every 70 minutes he was on the pitch.

But of the six league matches Bale scored in, five of the opponents finished 14th or lower in the table with his final day brace against Leicester City his only contribution against a top-half team.

In Bale’s defence, Mourinho only started the winger once against a big-six rival – a 2-1 defeat to Arsenal in March – and more often than not he was an unused substitute, not featuring at all on six occasions.

The two men are thought to have had a frosty relationship and, following Mourinho’s dismissal, Bale was critical of the defensive approach and mentality that had been drilled into the squad prior to Ryan Mason taking temporary charge.

Asked what had needed to change from Mourinho’s reign, Bale said: ‘Just to be on the front foot a bit more. We want to attack, we’re a big team, we have great players. We need to attack more, stay higher up the pitch.’

Now Mourinho appears to have fired a dig back at the Welshman, highlighting his poor record against bigger teams as he wrote off Wales’ chances of staging a surprise at Euro 2020 this summer.

‘Over the years they [Wales] rely a lot on Gareth Bale and Aaron Ramsey,’ Mourinho told The Times. ‘But when I look to the season, how many matches has Ramsey played? Lots of injuries.

‘When we look to Gareth and how many great performances he had, how many goals he scored against the best teams… not many, or none.’

Mourinho also alluded to a problem with Spurs striker Kane’s leadership role at Tottenham, suggesting the forward might benefit from being handed the armband from current captain Hugo Lloris as there is ‘uncertainty’ about their roles.

The Portuguese coach continued: ‘He is a leader – a silent leader, but a leader.

‘In the club it is not an easy situation for a leader who does not have the armband. It creates a little bit of uncertainty about the roles.

‘In the national team he has that armband that gives him, let’s say, the institutional power to be a leader of the group.’

Kane has suggested he is ready for a new challenge away from Tottenham and wants to be challenging for titles, but for now he is focused on performing for England at the Euros.