Jose Mourinho launched an impassioned defence of the Chelsea coach who taunted him following his former club’s injury-time equaliser on Saturday.

‘I’m not happy that is going too far with the young boy,’ Mourinho said. ‘I don’t think he deserves more than what he got. 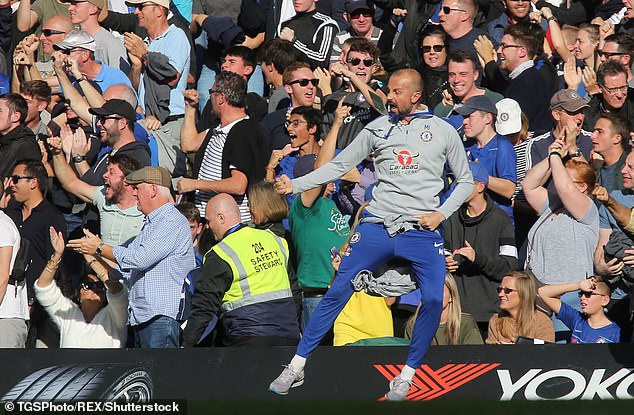 Having fallen behind to Antonio Rudiger’s early strike, an Anthony Martial double had put Mourinho’s men on the brink of victory before Ross Barkley equalised in the 96th minute.

The goal sparked delirium on the home fans, with Ianni racing down the touchline to celebrate, before apparing to goad Mourinho as he walked back to his seat.

The Portuguese reacted to Ianni, prompting staff, stewards, officials and players to get involved on the touchline.

Yet Mourinho believes Chelsea’s punishment of their member of staff is enough. 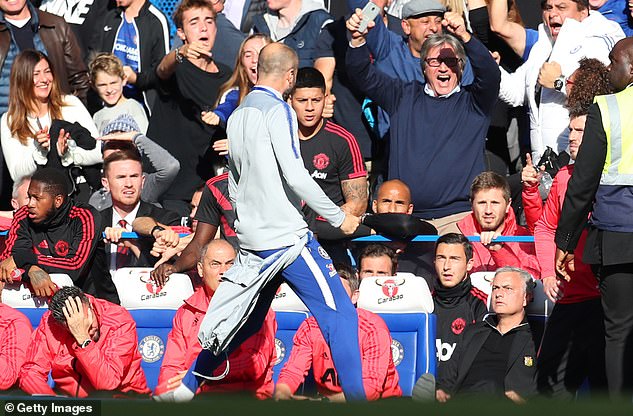 As he walked back along the pitch, Ianni appeared to goad Jose Mourinho in the away dugout

‘His club was strong with him and he went through a situation he recognises he was wrong,’ he said.

‘I hope everybody does the same as I did which is not to disturb a career of a young guy which is probably a great guy, is probably a coach of great potential and I’m not happy with it more than that.

‘It’s the end of story, with me. Let him work, everybody makes mistakes, I made mistakes.’