Manchester United transfer target Jude Bellingham is likely to turn down a move to Old Trafford this summer, because the midfielder’s father believes the teenager would be able to progress more at Borussia Dortmund. That’s according to a report in The Mirror, which claims Bellingham’s camp is concerned about the potential of breaking into the first-team picture if he signs this summer.

United boss Ole Gunnar Solskjaer is keen to continue his squad rebuild this summer, and sees Bellingham as his next target.

The 16-year-old will be able to sign professional terms when he turns 17 next month, and will reportedly do so at Birmingham.

United are desperate to sign him, and are expected to press forward with a bid to bring him in regardless of what happens with Jadon Sancho and Jack Grealish.

However, the teenager could opt against a move to the Premier League giants, according to the Mirror. 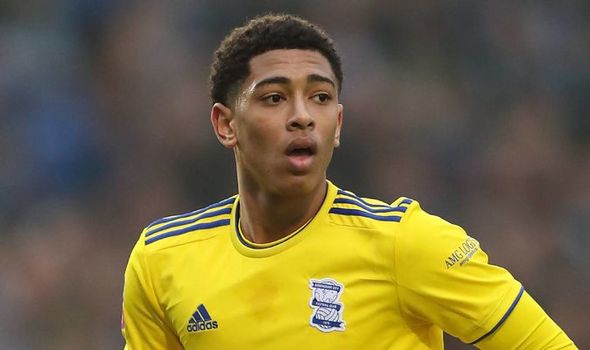 Bellingham’s father, Mark, is currently representing him and is concerned about a potential move to United.

That’s because he would be 17 if and when he signs for the Red Devils, and his chances of breaking into the first-team line-up are slim.

Paul Pogba and Bruno Fernandes are likely to be Solskjaer’s starting pair in the middle of midfield, meaning Bellingham will be forced to watch from the sidelines.

And Bellingham’s father is concerned that sitting on the substitute bench would be detrimental to the player’s progression, and he would therefore be better off following Sancho’s example and moving abroad to get consistent game-time.

Birmingham seem to be resigned to losing the teenage wonderkid this summer, but are not believed to be concerned about the price tag they’ll receive for him.

He reportedly has a release clause inserted into his scholarship contract at St.Andrews, protecting the Championship outfit from losing him on a free.

Dortmund are keen on challenging United for his signature, and it remains possible that they will look to sign him if Sancho leaves.

However, Bellingham’s head could be swayed if Solskjaer offers him first-team football from the get-go. 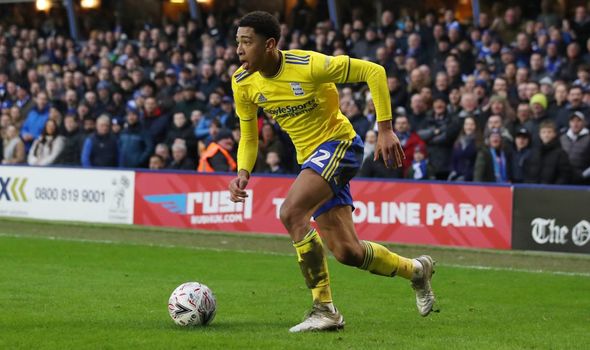 The Norwegian boss bought Daniel James from Swansea last summer and it was expected the youngster would be used as an impact substitute.

But that wasn’t the case, as he impressed early and went on to make 25 Premier League starts.

And that could be an indication that Solskjaer is willing to give youth a chance, something that should be reassuring to Bellingham.

However, with a professional contract yet to be signed, the Birmingham teenager’s future is still up for debate.