JULIETTE FERRINGTON: I’ve covered Premier League and Champions League games with racist incidents but this was different… nothing prepares you for the first time you hear monkey chants in football stadiums

We have all heard about monkey chanting in football stadiums but that doesn’t prepare you for the first time you actually hear it.

I was at the end where England scored their goals. In the first half, there was something mesmeric in watching the Ultras, in their black T-shirts, following the command of one man with a microphone perched at the front of the stand — like a ringmaster with a pack of lions.

But the mood changed as soon as Raheem Sterling scored. I could see he was emotional, as he lifted his shirt to pay tribute to his childhood friend Steffie Gregg. I could also see how determined England’s players were to stand up to those who were abusing them. 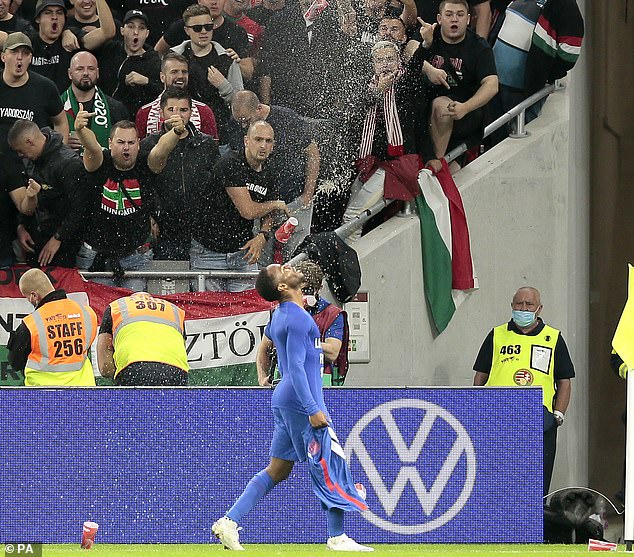 The incident that will stay with me involved Jude Bellingham. He was warming up after Harry Maguire made it 3-0. He smiled after another plastic cup had been flung at him. He held his index finger and thumb fractionally apart, as if to say: ‘You nearly got me!’

That was when it started. I’ve covered Premier League and Champions League games when there have been racist incidents but this was different. It wasn’t all Hungarian fans but the chanting was considerable.

Afterwards, the missile-throwing continued — ice and coins were aimed at Gareth Southgate and Harry Kane as they came to do the flash post-match interviews — but this time it came from fans in red Hungary shirts. 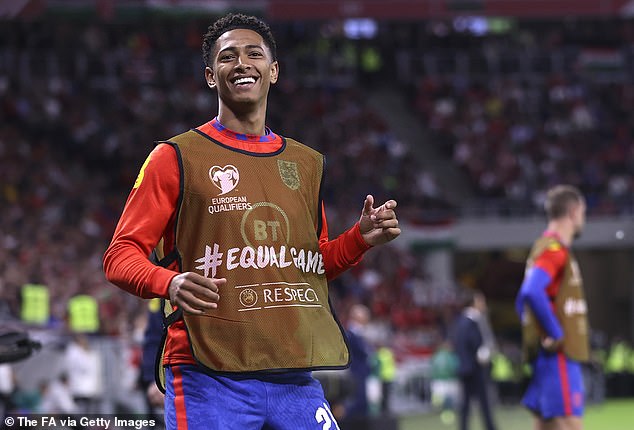 When the Hungary team later walked down to the same end of the stadium to salute the crowd, it really angered me. The only way these people, who reverted to racism, will see how unacceptable their actions are is if the team they support ignores them.

By going over after the final whistle and clapping, the Hungary players gave the Ultras the attention they were seeking.

They basically indicated that how they behaved earlier in the evening was OK. Believe me, the way they behaved was definitely not OK. 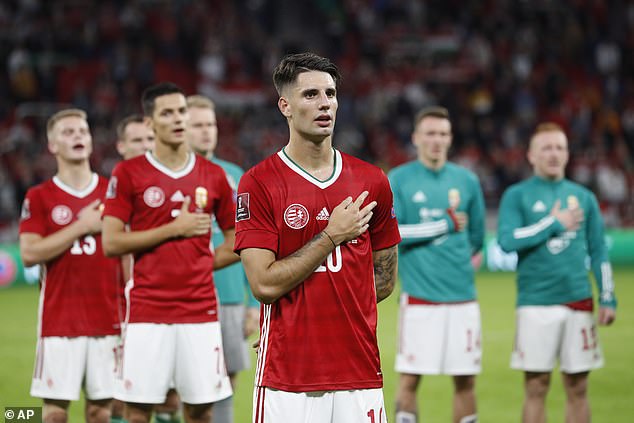 By going over after the match, Hungary players gave Ultras the attention they were seeking