Jurgen Klopp could be forgiven for forgetting that losing feeling. In an extraordinary season, Liverpool have all but eliminated the defeat. With 61 games gone, they have only lost three times and one of those, the second leg against Inter Milan, scarcely mattered amid an aggregate victory. They are the only team in Europe’s five top leagues who have gone unbeaten in 2022.

They are strangers to other kinds of setbacks, too: they have not gone out of any competition this season. Their quest for the quadruple will last until 22 May. It probably won’t end in defeat on Sunday, but nor is the day likely to finish with Liverpool as Premier League champions.

And yet Klopp reflected: “The biggest defeats in my life lead to the biggest success I could imagine, wherever I was.” This could be the biggest success of all, the greatest season anyone has had. Miss out on the Premier League, win the Champions League and there is still a case for anointing it Liverpool’s finest campaign: get 92 points and, even adjusting historic results to award three for a win, it would rank as the fourth-highest total they have ever posted. Two of the top three came under Klopp, too.

He harked back two decades, to his early days at Mainz, to missing out on promotion to the Bundesliga, to the euphoric reception they received in their hometown. “You think it will be really sad but the next day 20,000 people are waiting for us,” he said. “We had to go on stage the day after we lost our dream of going to the Bundesliga. That was the moment we realised it was okay.” Klopp being Klopp, the success did come in the end. Mainz were nearly men, twice almost going up. At the third time of asking, they did.

His Liverpool have been both nearly men and champions. He harked back to 2019, to a similar scenario, a last day when Manchester City kicked off with a one-point lead, when Liverpool’s destiny was out of their own hands. They accumulated 97 points that season, but came second. “I remember walking on the lap of honour next to Trent [Alexander-Arnold]. We both had a smile on our faces because it was a great season,” he said. “And whatever happens on Sunday, I will not forget that it has been an absolutely fantastic season.” 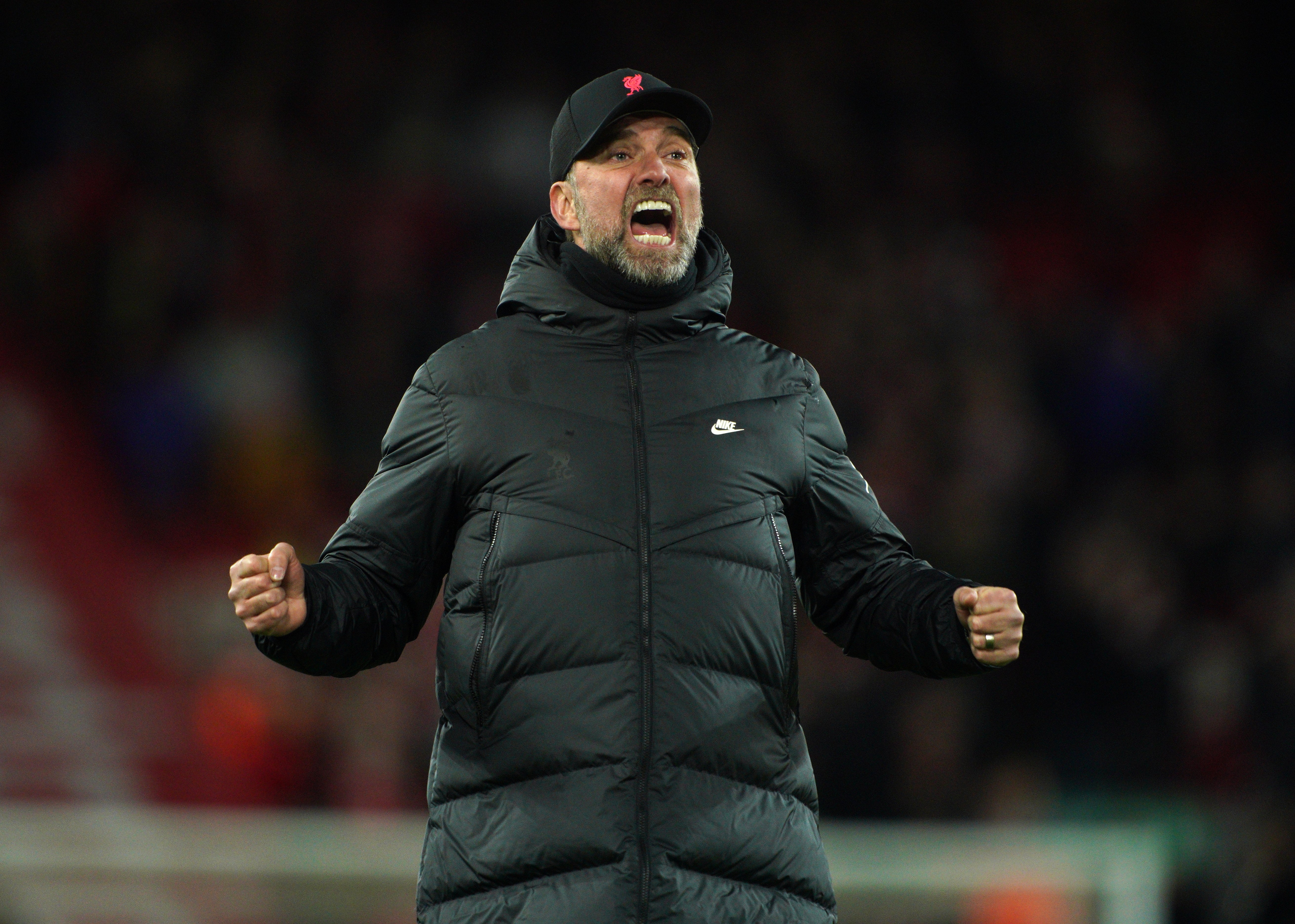 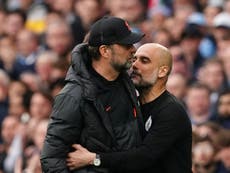 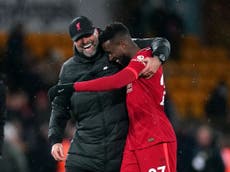 Three years ago, there was a coda to domestic disappointment when Liverpool won the Champions League. There might be again. The message, learned in Mainz, brought to Merseyside, will be the same: celebrate.

“Even if you don’t win the Champions League final, have a party afterwards,” Klopp reflected. He practises what he preaches. Liverpool’s last final against Real ended in a 3-1 defeat in 2018. In the early hours of the following morning, a partying Klopp was filmed singing with his assistant Peter Krawietz. A year later came the biggest triumph of his career.

Now his name reverberates around Anfield, the Beatles ‘I Feel Fine’ customised by supporters to pay tribute. A lyric in it is: “He delivered what he said.” It felt for a moment as though Klopp had quoted it. “It would be really embarrassing. That was not on purpose but maybe I heard it that often,” he said. “Sorry, I could sing it.” That was a joking offer but he has delivered more than he said.

At his unveiling, he spoke of winning a title in four years; now he could win four in one.

It reflects a stunning turnaround, from 2015 and last winter alike. The first Klopp teams at Liverpool offered high-octane entertainment but not reliability.

“Years ago when we were a bit up and down and we saw glimpses of where we could go, we realised it was all fine but we needed consistency,” he said. Inconsistency was traded for predictability. Then came last winter’s defeats, the six successive home losses of a team shorn of anyone resembling a senior specialist centre-back, the plummet towards mid-table. 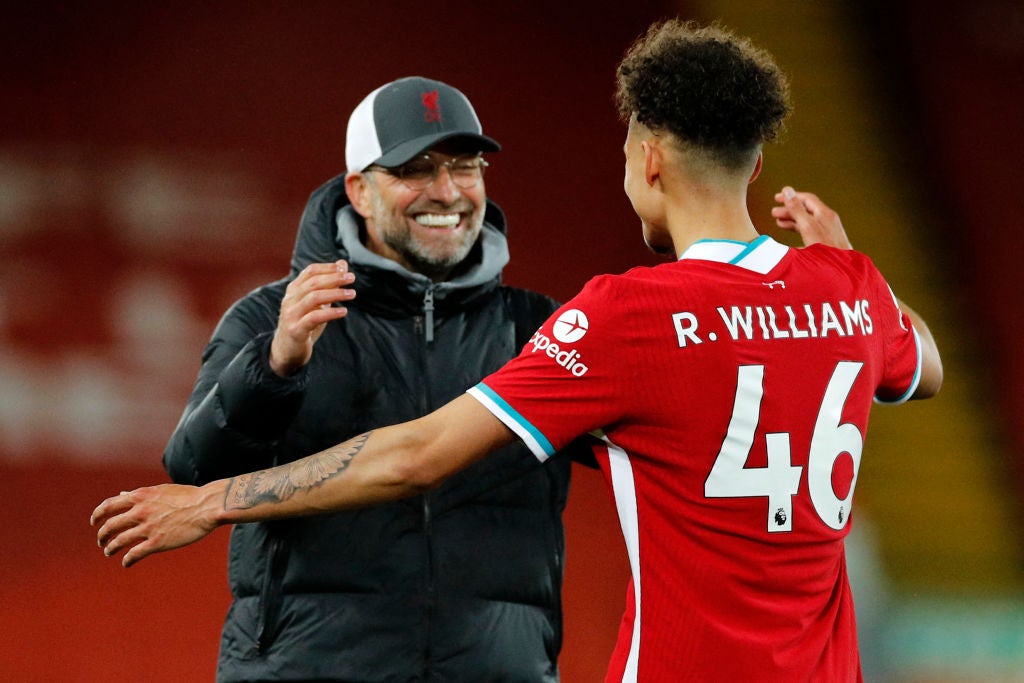 “That we made the Champions League in the end was absolutely outstanding,” Klopp said. “It is one of the biggest achievements in my career; nobody will ever remember, but for me it is how it is.” He has his strongest ever squad, perhaps his best ever starting 11 but also people he cherishes. “It is a special group. I don’t say it is the only special group in world football but I know how lucky I am with the group of players.”

There is, though, one footballer he wishes he could have managed. He was once asked which past Liverpool player he would like to have coached. The response was swift: “Stevie.” Now Steven Gerrard, who famously never won the Premier League with Liverpool, could win it for them. His Aston Villa stand in City’s way. 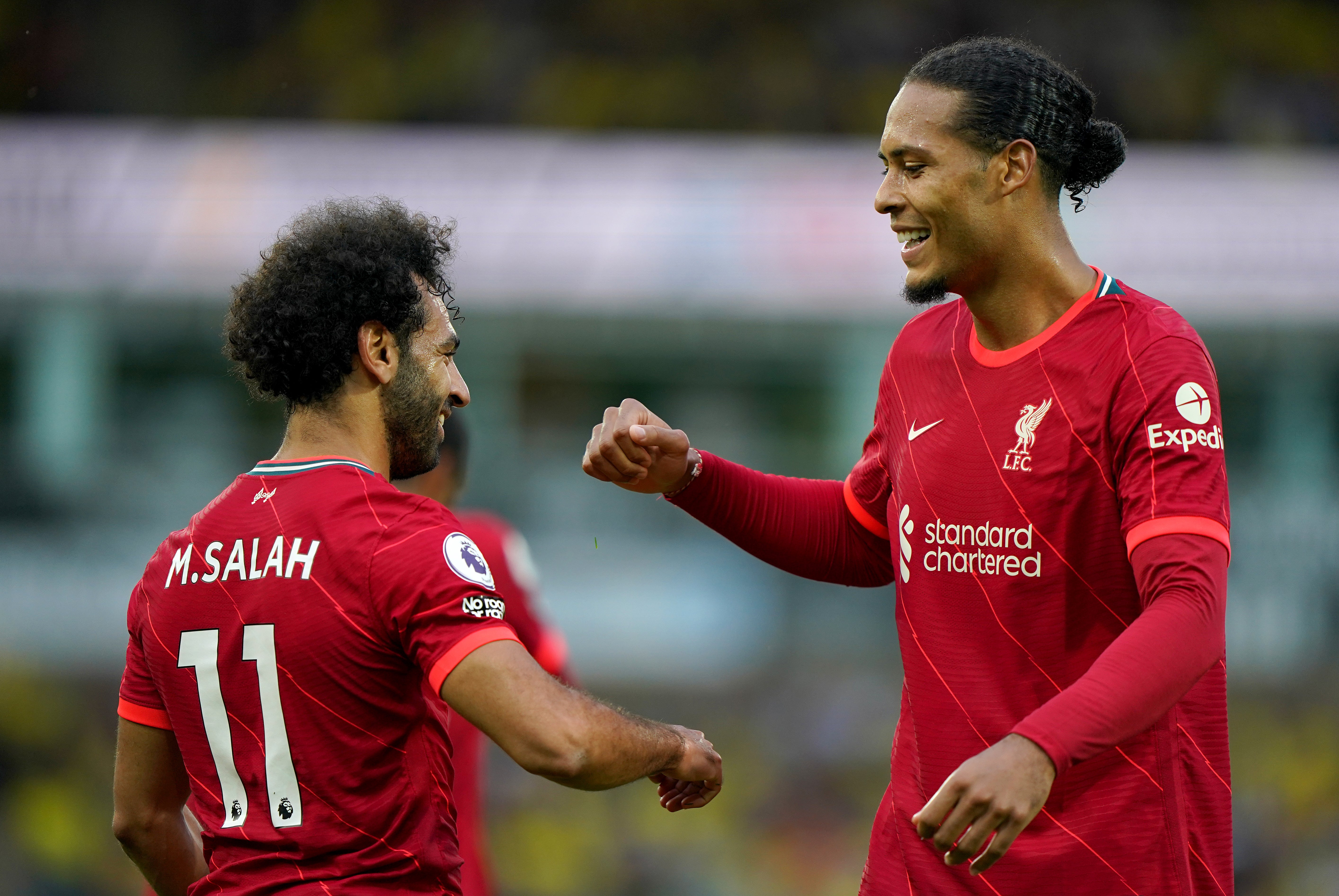 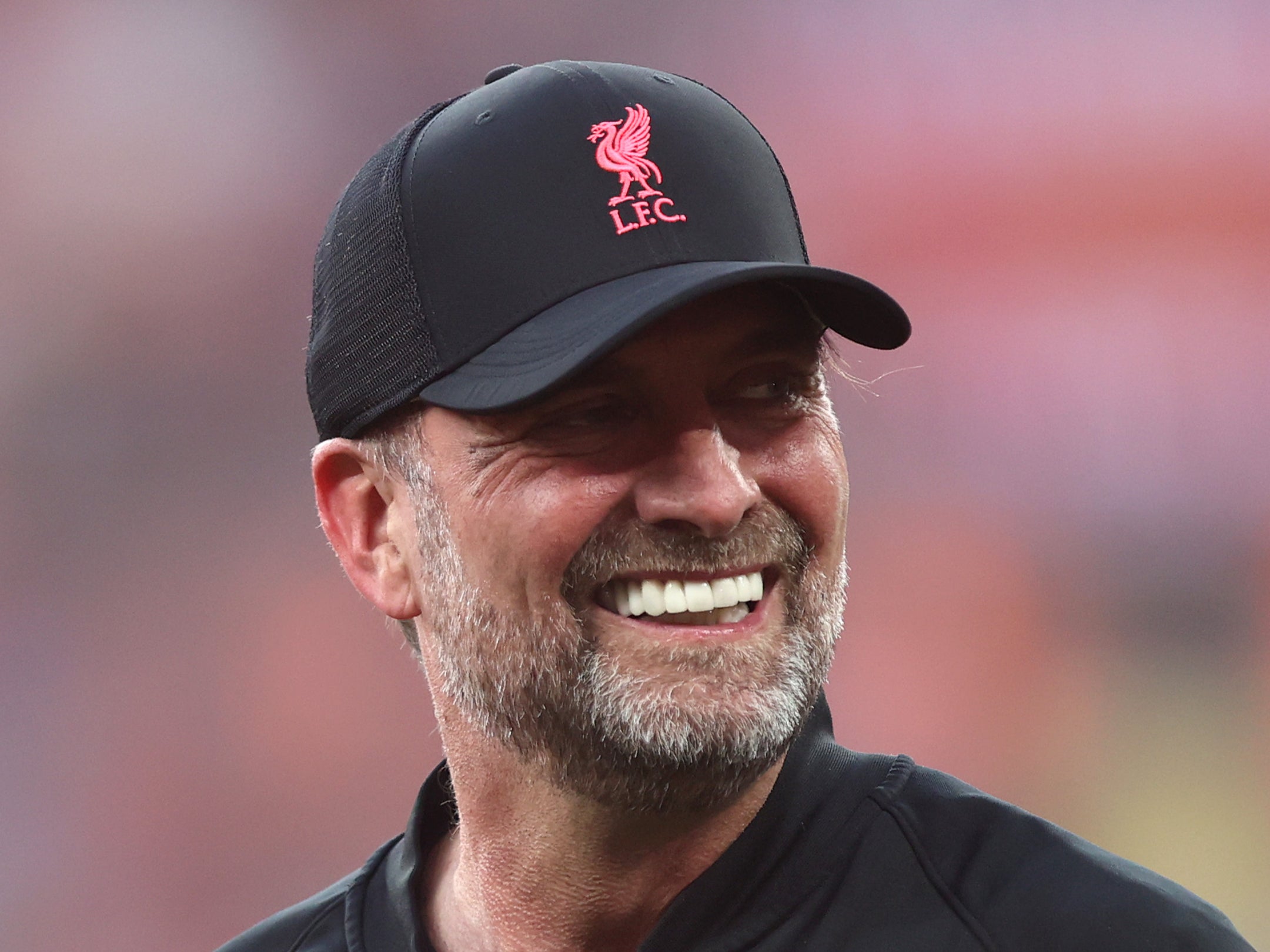 There is a romantic tale where, seven years after his Liverpool career ended in the ignominy of a 6-1 defeat, Gerrard turns kingmaker for Klopp. “I can understand these kind of situations only by thinking of myself in that role,” said the German. “If I would play a game and could help Dortmund or Mainz that would be, for me, an extra motivation, but I don’t play. And Stevie doesn’t play. That is a shame, much more of a shame that Stevie is not playing than I am not playing.”

It was a way of saying that Gerrard the player far outstripped Klopp the second-division German footballer. His defeats were commonplace then. Now they are all but eradicated. But, after a season when it was always possible for Liverpool to win everything, that may no longer be the case on Sunday. But Klopp will be in party mood again.