Liverpool boss Jurgen Klopp has taken aim at Chelsea owner Roman Abramovich for the sacking of Frank Lampard. The Stamford Bridge icon was relieved of his duties on Monday with Thomas Tuchel being announced as his replacement a day later.

Lampard impressed during his first campaign in charge at Chelsea, earning high praise for getting the best out of his youthful squad.

But the former England international entered this season under serious pressure to deliver after the club spent close to £250million on new signings such as Kai Havertz and Timo Werner.

They initially got off to a storng start and held top spot in the table heading into December, but results quickly took a turn for the worse with some of the new signings struggling to make an impact.

JUST IN: Thomas Tuchel’s arrival at Chelsea may be a good sign for Liverpool 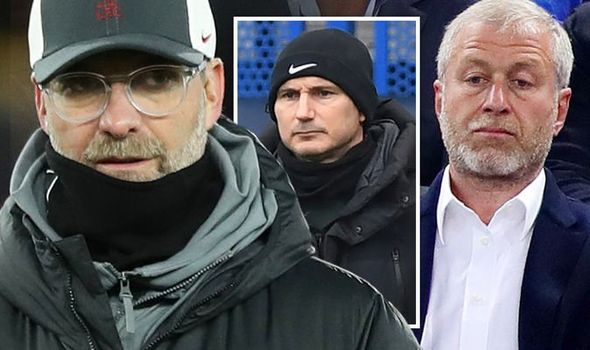 Both Werner and Havertz in particular had only shown glimpses of their talents with Lampard finding it difficult to implement a system best suited to the German pair.

But there was seemingly a general consensus among pundits and fellow managers that Lampard would eventually find the best formula.

It was originally suggested that Lampard would be given until the end of the season at least to get the best out of his new-look squad.

However, defeat to Leicester last week was seemingly the final straw for Abramovich as Lampard was sacked just a week later.

He becomes the 14th manager sacked by the Chelsea owner during Abramovich’s 18 years in charge at Stamford Bridge.

And Klopp has slammed the Russian billionaire for not backing the Chelsea legend when he needed it most.

“Two things happened, one is that Frank Lampard lost his job and I have to say that’s a really tough one to be honest,” Klopp said.

“I think Chelsea did an incredible job in the transfer market in the summer, brought in really good players and things like this need time. 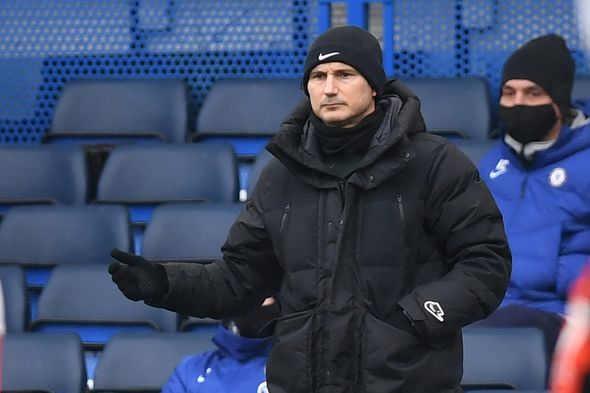 “I think it’s really harsh to make a decision that early but obviously Mr Abramovich gives you some chances, money and players.

“But he’s obviously not the most patient person in the world.

“I really feel for Frank because he’s a really talented manager and I wish him only the best.

“He will be fine I’m sure, but it’s a hard one if it happens at your club and it was obviously Frank’s club.

“Maybe it’s good now, this story is over now he can go everywhere and be completely fresh without any history.”