If you’ll allow a pun, Kemar Roofe has been rather handy for Leeds United since his return from injury. He hasn’t just netted in his last three games, only one of his last four shots on goal hasn’t put him on the scoresheet. His vital presence in the right place at the right time, once again, gave United three points at Wigan and saw them climb back to the top of the Championship.

Two early goals came within the first ten minutes from Chelsea loanee Reece James and Pablo Hernandez, before Roofe was gifted the winner for Leeds in the second half after a clanging error in defence.

For Wigan, this game meant more than the result, as it marks the end of an incredible era. It will be the last time David Sharpe steps out as club chairman, as he soon hands the keys over to new Hong Kong owners IEC. As he does, it will signal the end of the Whelan family’s 23 years of ownership at the club – from the ascendancy to the Premier League to their FA Cup win over Manchester City as they were relegated back into the Football League. Former Latics boss Roberto Martinez was in attendance to show support for the owners.

There was a quick start to the game, with Wigan winning a free-kick on the edge of the area. Reece James, who’d come close with a similar set piece against Sheffield United last week, was spot on this time as he whipped a low shot over the wall and into the bottom corner, past an outstretched Bailey Peacock-Farrell. It silenced an ominous mob of Leeds fans in full voice, and got a beaming Dave Whelan on his feet once more. 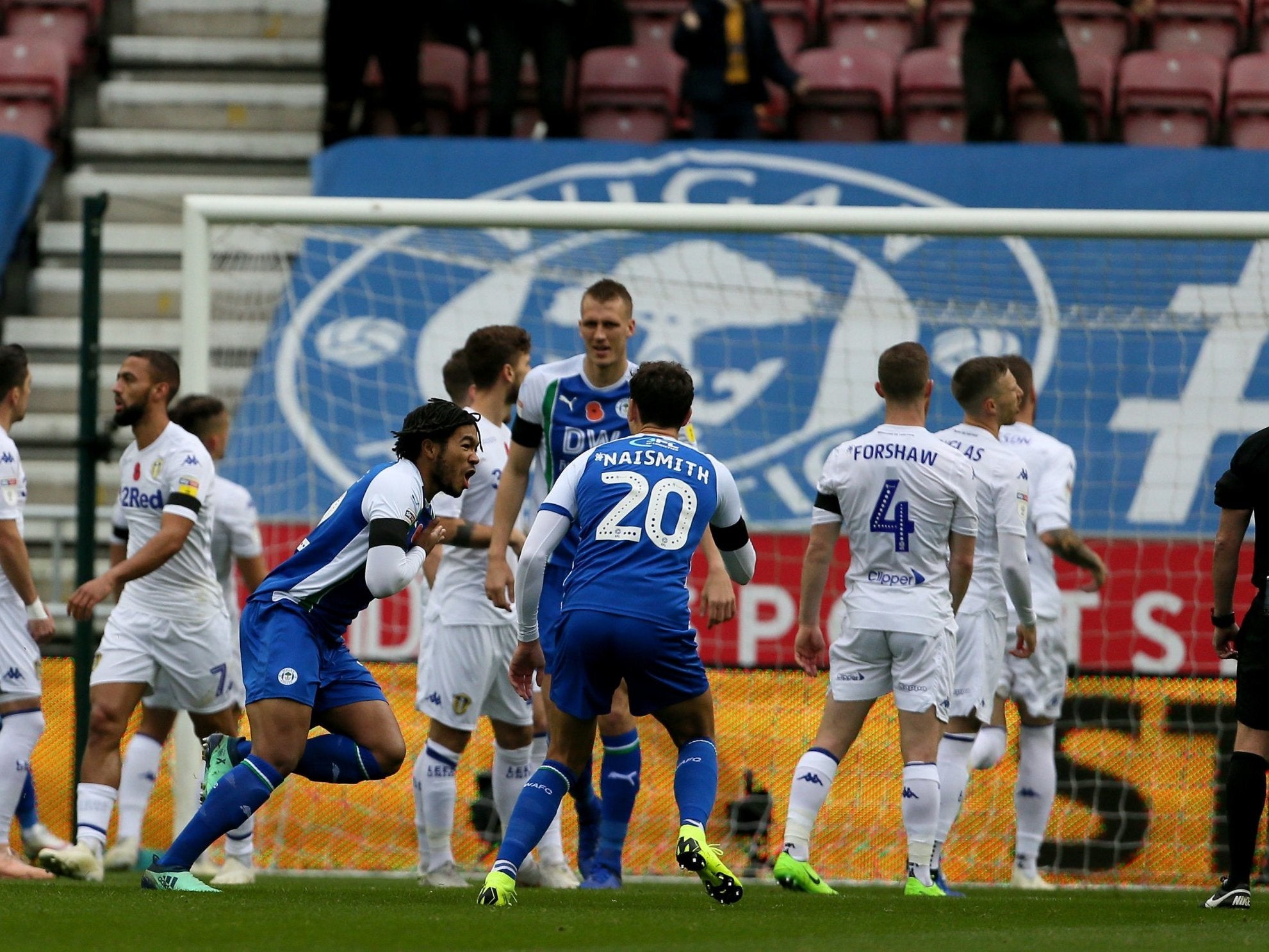 All the celebrations, just five minutes in, were short-lived though. A huge gap in the Wigan defence allowed Mateusz Klich through right the way into the box, cutting back for Pablo Hernandez to fire home an equaliser. And from then on, Leeds took control. Roofe’s swift touches in the box almost completed the turnaround just seconds after, as he rounded two defenders, but was blocked off before he could get a clear shot.

Wigan’s home form can’t be ignored this season. This is the first time they’ve been beaten at the DW Stadium since their return to the Championship. Looking back further they’ve lost just twice before here since March 2017. But there were few signs of that record reflected in their style of play, as they were mostly a blunt instrument going forward. Missing Will Grigg and Nick Powell through injury only made matters worse.

High pressing was the menu from the visitors, as they were out to respond quickly to regain possession in attack, and that lead to many of their chances. Both Adam Forshaw and Stuart Dallas came close to seeing that through from efforts just before half-time, which Christian Walton was quick to tip over and watch fly wide respectively. 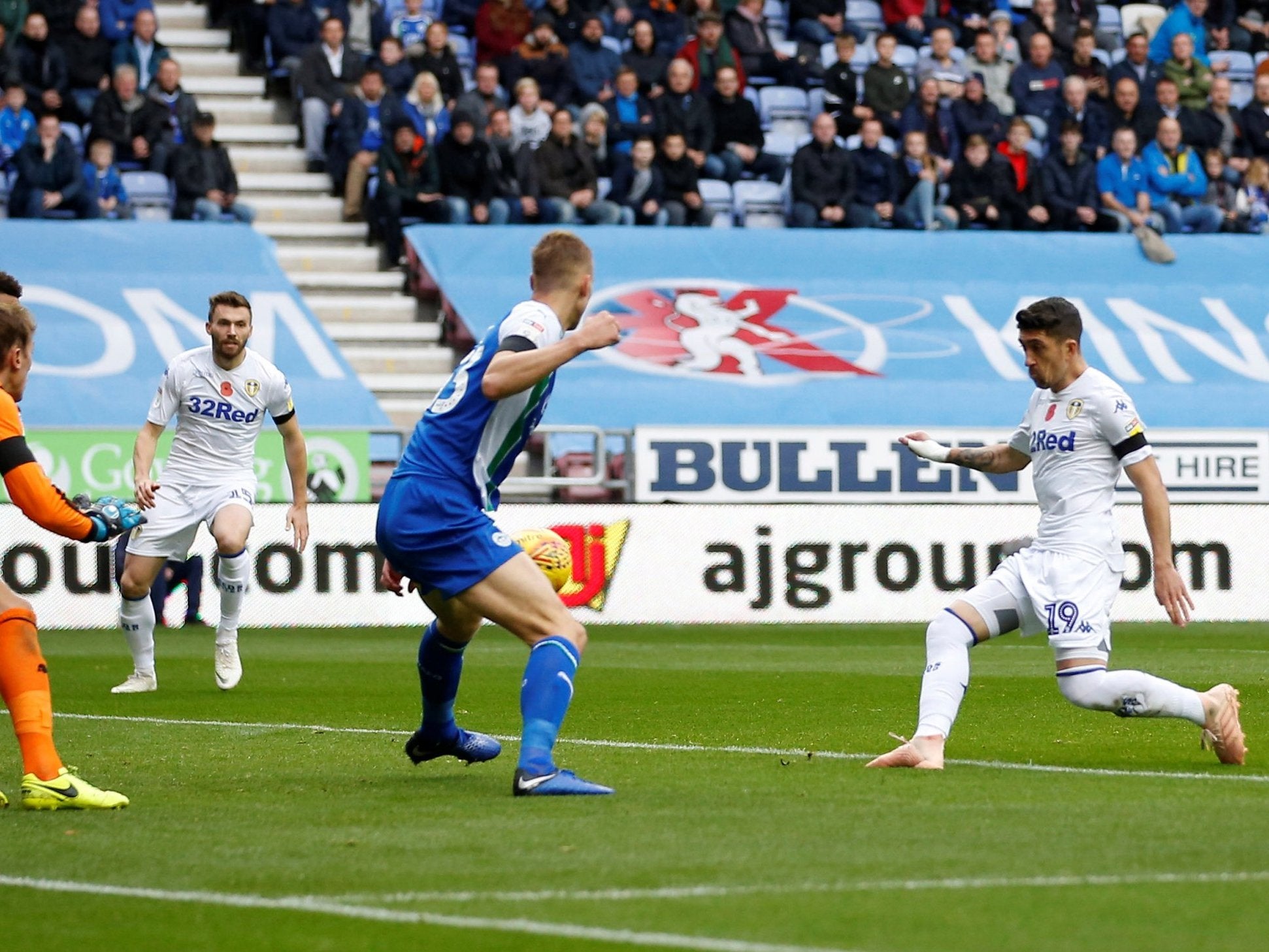 The pressure from Leeds, especially in midfield, was relentless as they continued to dominate. Mixed in with some comfortable passing at the back, and finding areas to slip passes in to Roofe and Hernandez, this was one of United’s better performances.

Their goal to complete the comeback was another example of their attitude, though it was handed to them through a mistake. A trickling ball into the box from Hernandez seemed like it was too far for Roofe to chase, but miscommunication between Wigan centre-back Cedric Kipre and his keeper somehow allowed the ball to slip past them both. Roofe was there to pounce, and had the simple job of tapping it home. Chants of ‘we’re top of the league’ ensued from the away end, which made up a third of the overall crowd, and most of the noise.

While there were attempts to drive forward from Wigan, their attacking relied heavily on long balls forward and a bit of luck. There was a moment where Josh Windass was stopped in his tracks to find 10 white shirts behind the ball. Marcelo Bielsa would’ve been particularly proud of that. 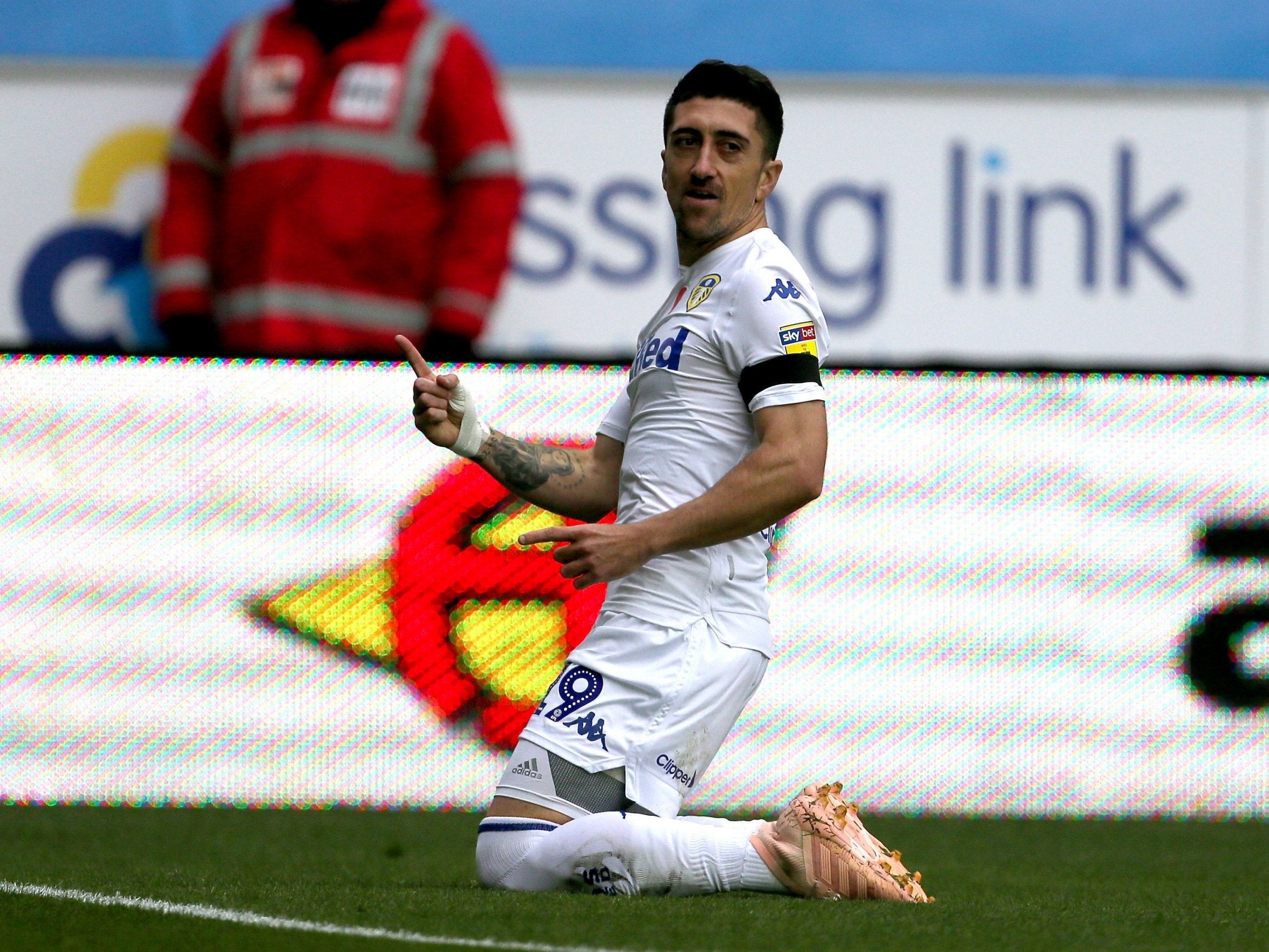 In the closing stages, the game began to open up a bit more for Wigan, with the introduction of Callum McManaman adding some speed to the left wing. He came closest in the last 10 minutes, as he turned in the box to find space, but his curling shot went just over. The crowd’s reaction was enough to know that was the best chance they’d get.

With three points, Leeds are now top again for the fourth time this season, albeit on goal difference. We’re now more than a third of the way through the fixture list, and there’s been no runaway leader in the Championship so far, and only five points between first and eighth. The lack of consistency across the top six promotion hopefuls is evident, Leeds included. Luckily this weekend it fell in their favour.