Kieran Trippier's name has been persistently linked with a return to England and a move to Manchester United this summer, a deal the defender is rumoured to want after just two seasons at Atletico Madrid.

Trippier has just finished his international commitments after yet another stellar display at a major tournament as he played his part in Gareth Southgate'sEngland side reaching their first final in 55 years.

However, with concrete interest from Premier League titans Man Utd, Trippier's head appears to have been turned by the Red Devils.

United have already failed in at least one bid to sign Trippier this summer, with Atletico Madrid valuing the 30-year-old at around £30m.

Atleti are not in a position where they can be cornered into selling on the cheap, as Trippier's current contract still has a year to play as well as including the option of a 12-month extension.

While some reports indicate that Trippier has attracted interest from a number of Premier League outfits, he has his heart set on a move to Old Trafford.

Would Trippier be a success at Man Utd? Let us know in the comments below.

The defender will have done his case no harm after a fantastic Euro 2020 campaign in which he registered an assist in the final after his precise, pinpoint cross found the boot of the onrushing Luke Shaw, who duly converted from close range.

Given Trippier's best performances came in a back five which featured two Man Utd regulars in Shaw and Harry Maguire, Ole Gunnar Solskjaer may have seen all he needs to decide on mounting a second bid. 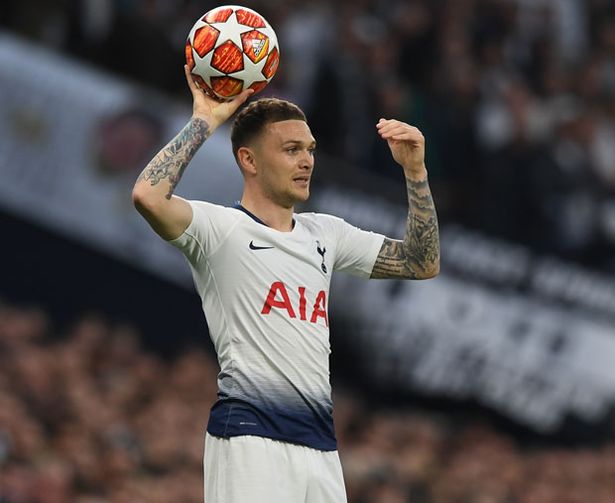 United have already parted ways with £73m in exchange for Borussia Dortmund and England star Jadon Sancho, and are expected to look to offload some of their own players before spending again.

The full-back's family are United fans and a return to Manchester would be considered a move home for the player, who grew up in Bury and was once on the books of fierce rivals Man City.

Trippier's time at both Burnley and Spurs passed without a single trophy, meaning he is desperate to return to try and add a Premier League winners medal to go with his La Liga one before he calls time on his playing career.