Jurgen Klopp has given Liverpool’s squad a blunt indicator of the standards they must reach in 2022 and warned perfection will be required for them to become champions again.

Liverpool face Leicester in their final fixture of the calendar year on Tuesday night and this to the King Power Stadium is symbolic, as it was here two years ago they delivered the finest performance in their title-winning campaign with a 4-0 skewering of Brendan Rodgers’s team.

There is an argument to say Liverpool have been playing as well this season as they did in 2019-20 but the brutal fact is they face Leicester six points behind league leaders Manchester City, albeit with a game in hand. They can ill-afford for that gap to get any bigger. 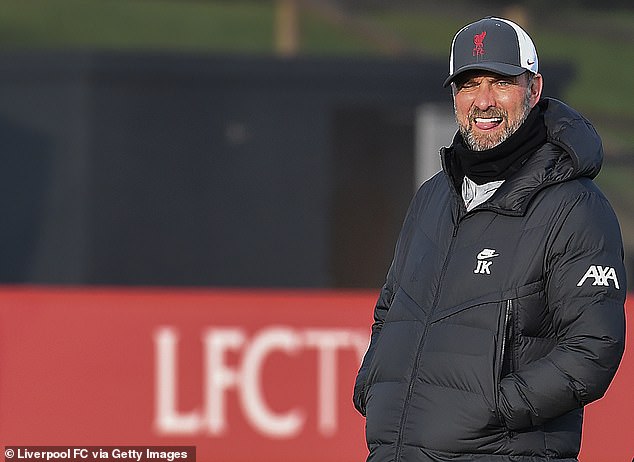 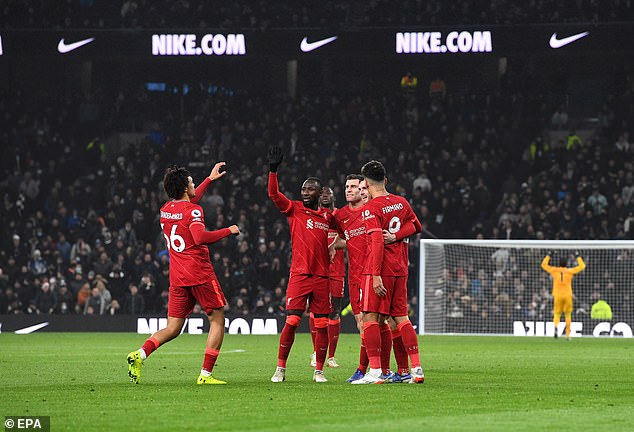 Klopp knows the pace that City are setting is relentless and as they historically get stronger in the second half of the campaign, one false step is likely to mean Pep Guardiola’s side will disappear over the horizon. It is why Liverpool’s manager feels they may even need the best football of his reign.

‘The consistency the boys show is incredible but that is the only chance you have,’ said Klopp. ‘In a league with probably the best team in the world, it is really tricky to be ahead of them. So far, at least, we are not completely out of reach. It is not like we have no chance anymore.

‘Without being at least as consistent as we have been we have no chance then if we really want to go for a big one then we have to be even more consistent. We will see if that is possible or not but we will give it a try.’ 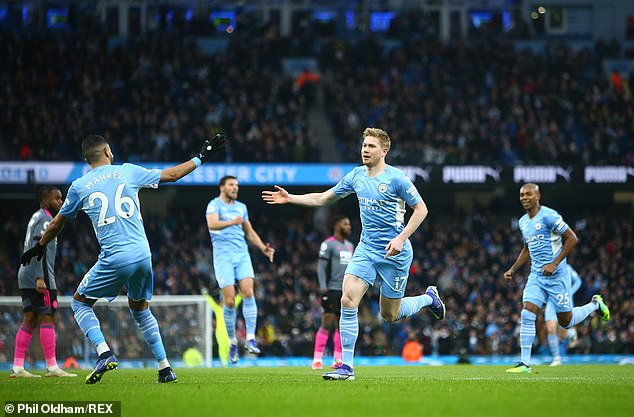 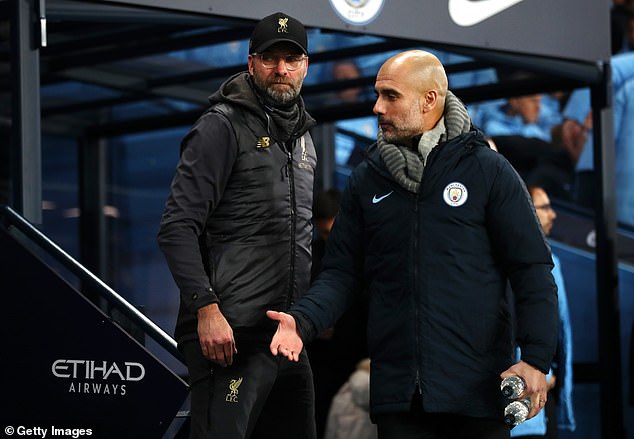 ‘But we didn’t win that Champions League final (against Real Madrid) and we didn’t win the Premier League. You can say a point (City 98, Liverpool 97) but, for me, it was 11 millimetres (when John Stones cleared Mo Salah’s shot off the line). Their consistency over such a long time was crazy.’

The German’s demand for defending of the highest quality will be helped this evening by the return of Virgil van Dijk, who has recovered after testing positive for Covid-19 and missing games against Tottenham and Leicester in the Carabao Cup.

Monday marked the fourth anniversary of Liverpool announcing his then world record £75million move from Southampton and his performances since returning from cruciate ligament damage have been getting progressively better. 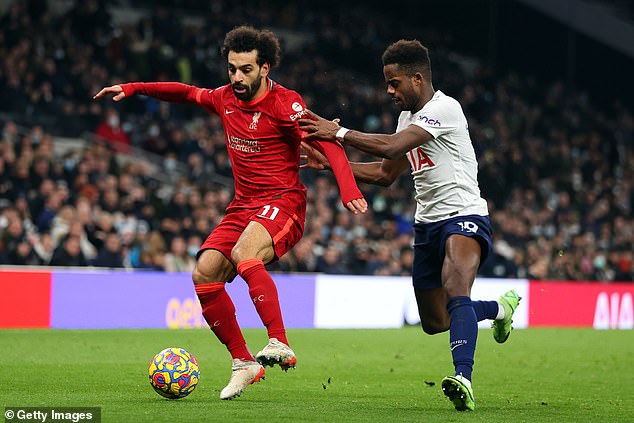 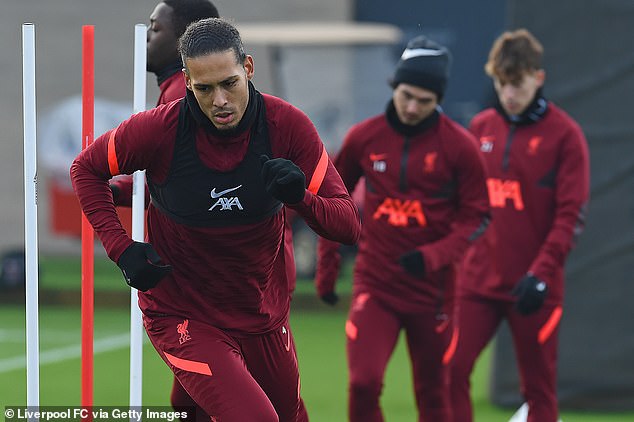 ‘He’s now back to his best for sure,’ said Klopp. ‘What helps us a lot and what helps him a lot is that we have options around that we don’t have to push him through in the moments when his body is giving a sign that he needs to step aside for a moment.

‘That’s very helpful. That’s why the situation is very good. Virgil’s arrival was obviously a big day in our common history and it is a good example for a winter transfer and how it works.’

Leicester certainly have it within them to cause huge problems for Liverpool but Rodgers is furious about the physical demands that have been placed on his squad and believes the 48-hour turnaround from their 6-3 defeat at City on Boxing Day is a nonsense.

‘It’s a ridiculous schedule, we all know that,’ Rodgers said. ‘Players aren’t fully recovered for 72 hours after a game so for us to be playing Liverpool (so soon) is ridiculous. We have to play the game so there will be just recovery work, we’ll look at some videos and prepare from there.’