DOMINIC KING: Jurgen Klopp faces a battle he thought he’d overcome to try get the Liverpool faithful back onside… the players insist there is no hangover from the pain of May but words appear hollow while the team continues to falter

Jurgen Klopp was seven games into his reign as Liverpool boss when he responded to the scenes unfolding around him in an unforgettable way.

It was November 2015 and Liverpool were about to lose for the first time under Klopp, 2-1 to Crystal Palace at Anfield. As the game entered stoppage time, he looked over his shoulder, did a double take, and then spun on his heels to take in the sight of sceptical supporters streaming towards the exit.

Klopp couldn’t believe what he was seeing. He was angry, initially, but eventually he appreciated the dislocation between fan base and team and vowed that it was his mission to ensure the stadium stayed full until the final whistle from then on. Over the past seven years, he has exorcised doubt. 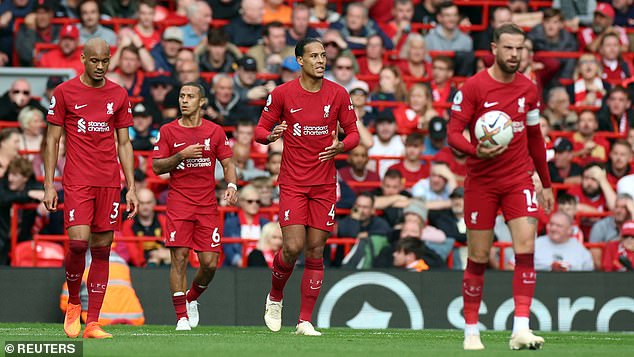 Had Klopp looked over his shoulder on Saturday afternoon, however, he would have been confronted by a jarringly similar scene. Brighton had just plundered the late equaliser their adventurous play deserved and, as stoppage time started, a flurry of fans began to head for home.

‘Is there a fire drill?’ Brighton’s travelling contingent gleefully crowed.

All the while, Klopp stood on the touchline with his assistant Pep Lijnders and tried to spark a last, desperate attempt to change the narrative. Nothing happened. Liverpool continued to flounder, their fans continued to file out.

The significance and symbolism of it all could not be escaped. On that fateful day when Crystal Palace provided a reality check, Klopp took on the Kop post-match and said: ‘I felt pretty alone in that moment — between 82 minutes and 94 minutes you can make eight goals.’ 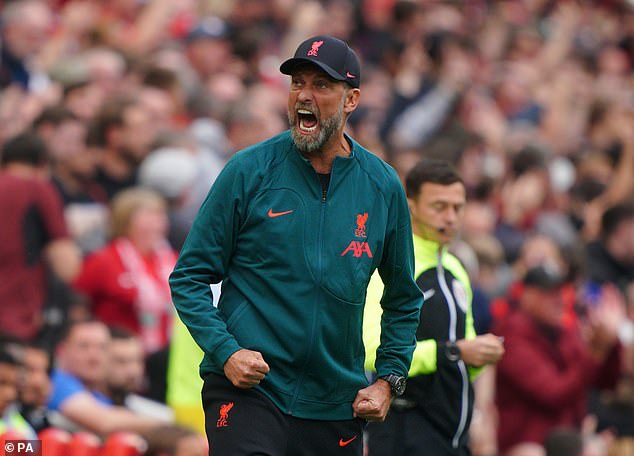 This time, Klopp had no quibble with anyone who felt they had seen enough.

Brighton, playing a 3-4-2-1 formation that took Liverpool by surprise, profited from the chaos within the home team’s system and scored three goals — it was only Alisson’s outstanding goalkeeping that stopped them getting six.

What truly alarmed Klopp, however, was the fact that Liverpool never convinced for a single moment that they would hang on for three points, despite going 3-2 ahead in 63rd minute, when Adam Webster’s own goal — on top of Roberto Firmino’s double — threatened to complete a comeback.

Tellingly, the noise within the stadium subsided as Brighton, buoyed by the attacking menace of Leandro Trossard and the excellent Danny Welbeck, began to ask questions again.

The only thing to conclude is that the trust this fan base had in their team — temporarily at least — has been eroded. 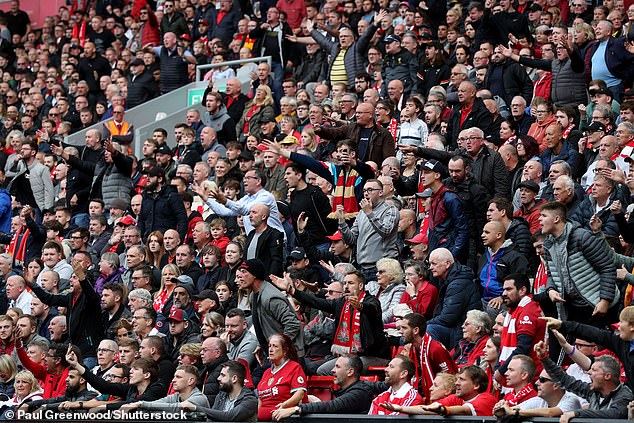 ‘It’s not the first time,’ said Klopp. ‘It just didn’t happen too often because we were more convincing.

‘It’s normal and I don’t blame anyone for that in the stands, not at all — this feeling was obvious, it was not done, 3-3, and that feels again like a defeat even when it is not a defeat.

‘We have to fight through this. The boys can play much better, my job is to create a situation where they deliver. For that you need stability and consistency and you get that with top defending. We didn’t defend top in the beginning and then not even during the game.’ 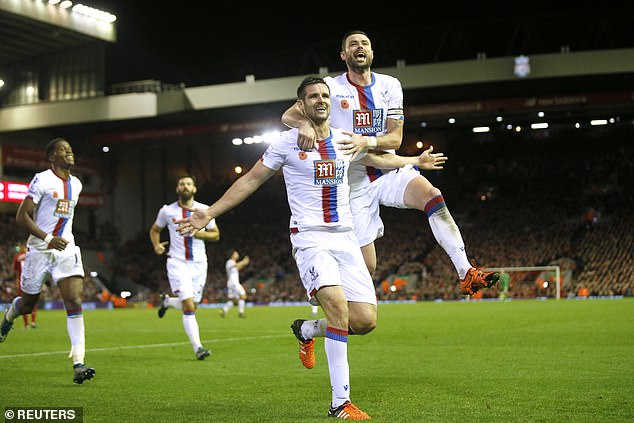 Klopp specifically called what he was watching at one point ‘horrendous’ and nobody was going to challenge that appraisal.

Trent Alexander-Arnold, inevitably, became a focus for what went wrong but to put the blame solely on him is bogus. All over the pitch there are problems.

‘It’s more complex than it just being the defence,’ said Virgil van Dijk. ‘We all know we have the responsibility of defending, but also attacking. 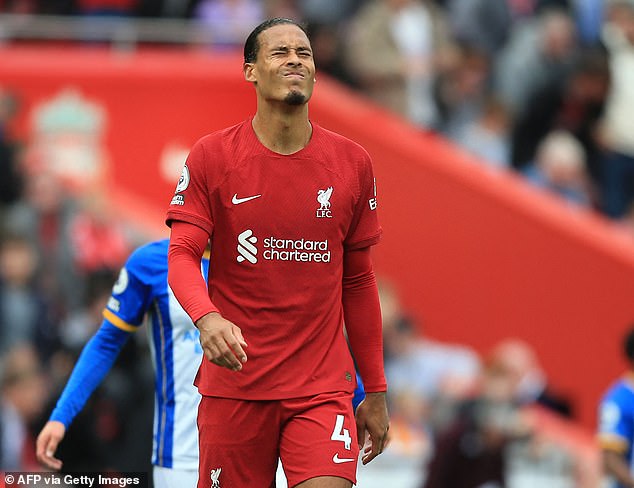 ‘We know we have tough games ahead — Rangers in the Champions League, then Arsenal, Rangers again, Manchester City, West Ham. So let’s just go for it, get the confidence and consistency back.’

Easier said than done. Brighton, who were invigorated by Graham Potter’s replacement Roberto De Zerbi, caused no end of trouble and there is no question the forwards of Arsenal and Manchester City will watch clips from this contest and spot an opportunity to cause mayhem.

Liverpool’s form has fallen off a cliff alarmingly quickly; seven of the team that started this match lined up against Real Madrid in last season’s Champions League final. 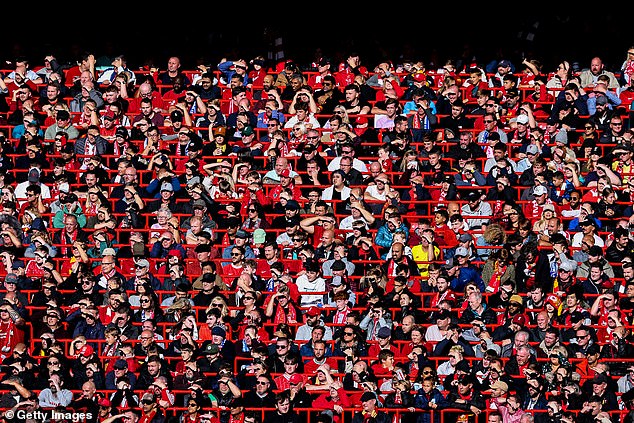 Klopp needs to rectify things immediately but the feeling persists that there is some kind of hangover they cannot shake.

Van Dijk disagreed, insisting that the key to turning the situation around is hard work and playing with expression.

But words are proving to be hollow for Liverpool and it seems they are not being taken on board by those in the stands.

The situation is not as bleak as that day seven years ago against Crystal Palace but the warning signs, big and bold, are there. It is going to take every bit of Klopp’s acumen and his players’ ability to turn it all around.