Chelsea were without the injured Mateo Kovacic who suffered a hamstring injury in training on Monday and will now miss Saturday’s FA Cup semi-final against Manchester City.

That forced Thomas Tuchel to start N’Golo Kante despite his doubts about whether the Frenchman could last the whole game, which he duly did.

Tuchel said: ‘It was a muscle injury, out of nothing, [for Kovacic] it was just a little exercise to get a sweat on and he felt his hamstring. 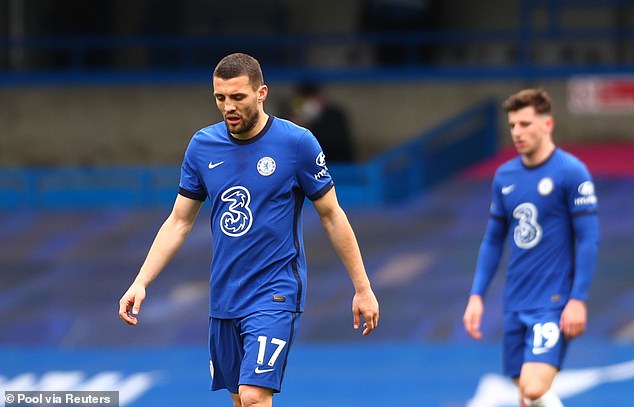 ‘I was sad for him because we don’t have many experienced players who have played so many Champions League games.

‘I felt sad for Mateo and we did it for him but N’Golo is an incredible player, he is like one and a half or two players. Everyone who sees him for the first time loves him and now my family love him when they watch our games now.

‘It is so nice to have him. He wins so many balls, gives everybody confidence and I’m the same.’ 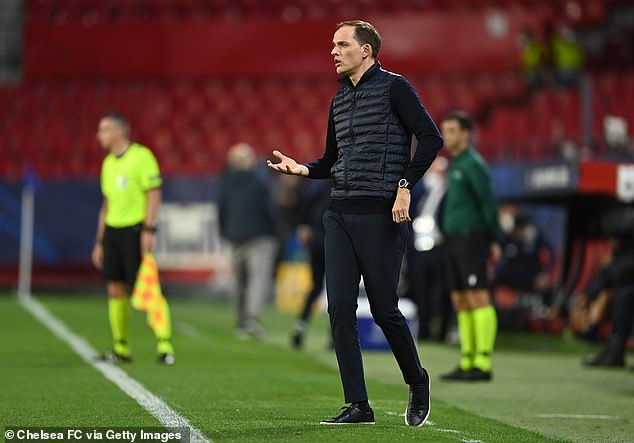 Chelsea completed a 2-1 aggregate victory over Porto in the Champions League on Tuesday night.

The Blues will now face either Real Madrid or Liverpool in their first Champions League semi-final since 2014.

Chelsea always had the upper hand in Tuesday’s second leg, after last week’s 2-0 victory thanks to goals from Mason Mount and Ben Chilwell.

Porto snatched a goal in second-half added time but never truly threatened to turn the tie on its head.