She has been included on the front cover of the Ultimate Edition of FIFA 23, and is joined by PSG forward Kylian Mbappe.

Kerr had an outstanding 2021-22 campaign for Emma Hayes’s side, picking up the Golden Boot in the Women’s Super League, while she was also named the FWA Women’s Footballer of the Year back in April. 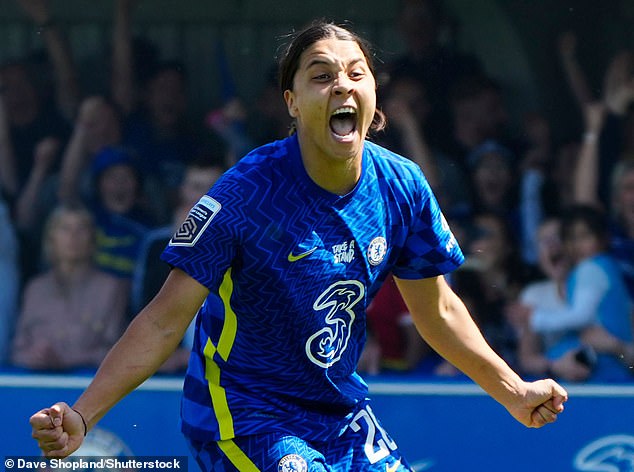 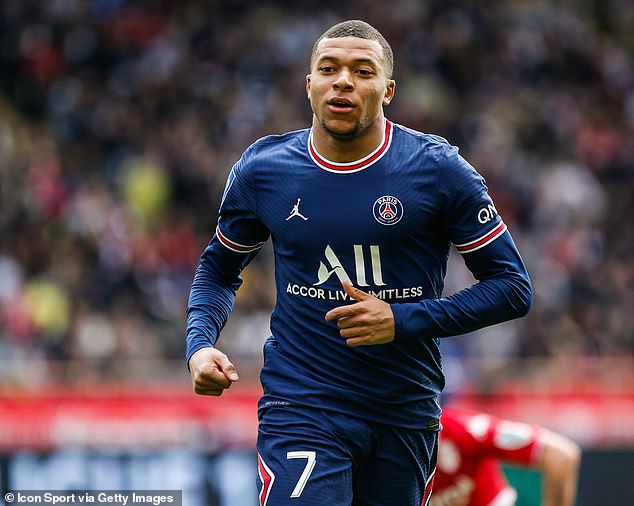 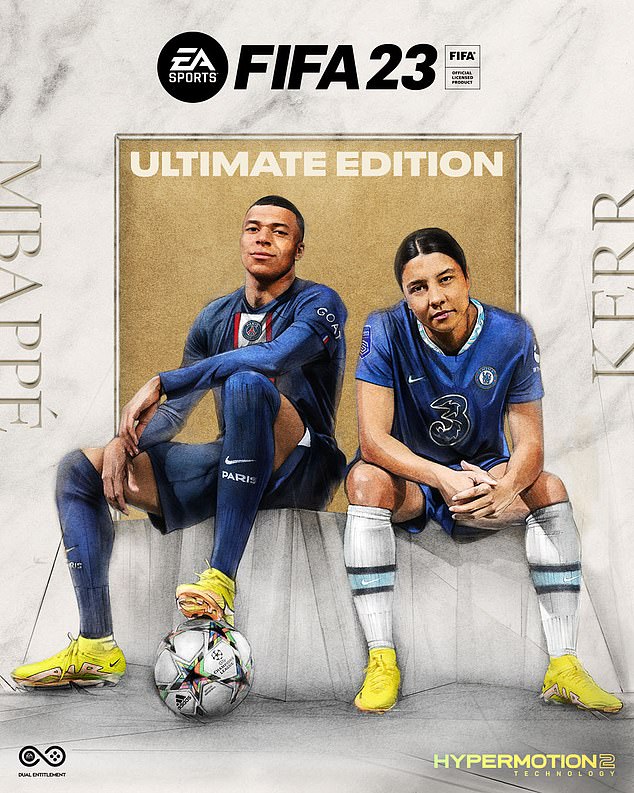 The duo are sat next to each other on the front cover, with Mbappe having a ball at his feet

She went on to score the winning goal in the FA Cup final as Chelsea completed a domestic double, capping off a memorable year for the 28-year-old.

The accolades keep on coming for Kerr, and she has now been placed on the front cover of one of the most popular online games in the world.

Meanwhile, Mbappe has been chosen for the cover for the third consecutive year.

Still only 23, the Frenchman continues to go from strength to strength after netting 39 goals in all competitions for PSG last term. 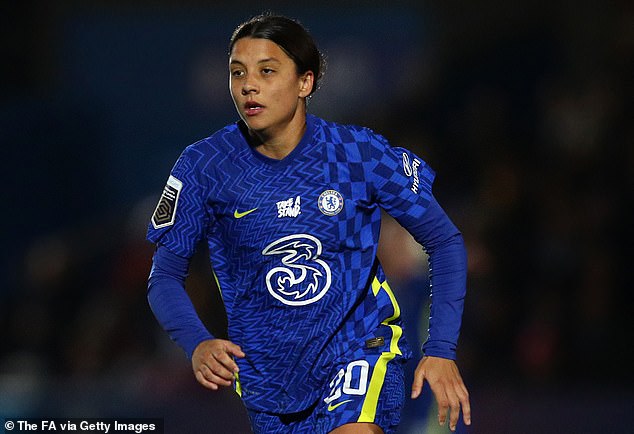 He looked set for a move to Real Madrid at the start of the summer, but he appeared to have a last-minute change of heart as he opted to sign a new lucrative contract with the Ligue 1 giants instead.

This move shocked fans across the globe, but has only further established Mbappe as one of the biggest stars in football, and it is little surprise that FIFA have gone with him once again.

FIFA have confirmed that fans of the game will get their chance to see the latest edition for the first time on Wednesday.