St Mirren 0-2 Rangers: Daniel Candeias scores before being sent off as Gers strike late to earn battling victory in the wind and rain

Daniel Candeias and Alfredo Morelos struck as two late goals got Rangers back to winning ways with a 2-0 triumph at St Mirren.

The chronic lack of creativity that has stifled Steven Gerrard’s side of late looked set to cost them another two points at the Simple Digital Arena.

But Candeias beat Craig Samson with 10 minutes to go before Morelos made certain of his team’s first win in four games in stoppage time. 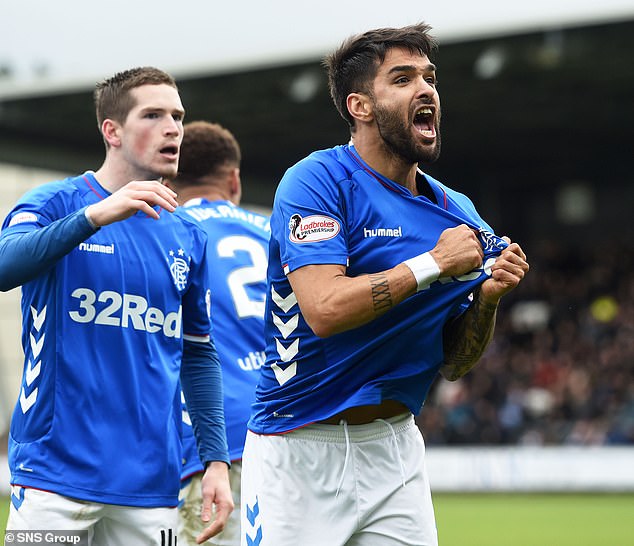 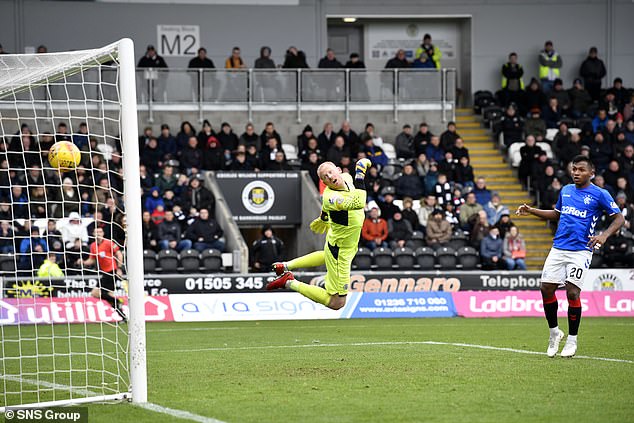 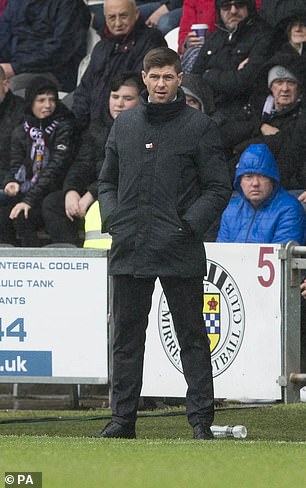 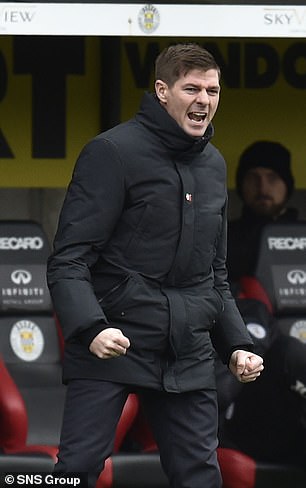 The only point St Mirren had taken out of the last 30 had come against Celtic in Oran Kearney’s first game in charge but despite battling bravely for so long there was no reward for the beleaguered Buddies, who remain without a win since the opening day of the season.

The wind and rain swirling down from the dark Paisley skies did St Mirren more favours than Rangers as Gerrard’s side toiled through 45 dire first-half minutes.

It took two great saves from Allan McGregor on his 300th Rangers appearance in the opening 15 minutes to prevent the Buddies netting what would have been only their third goal in the last seven games.

Ian McShane’s free-kick took a nick off the wall but the Gers number one reacted quickly to push the deflected effort over his bar. 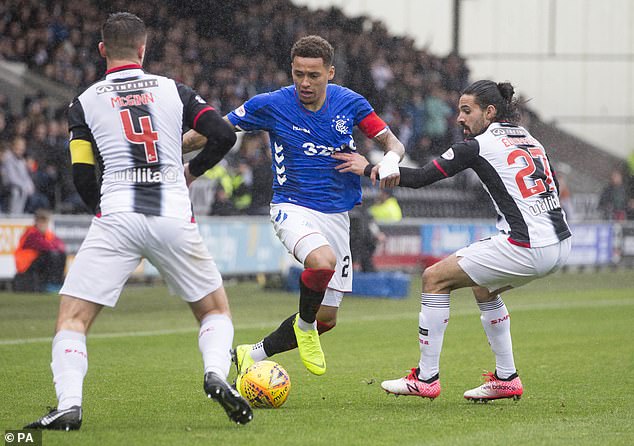 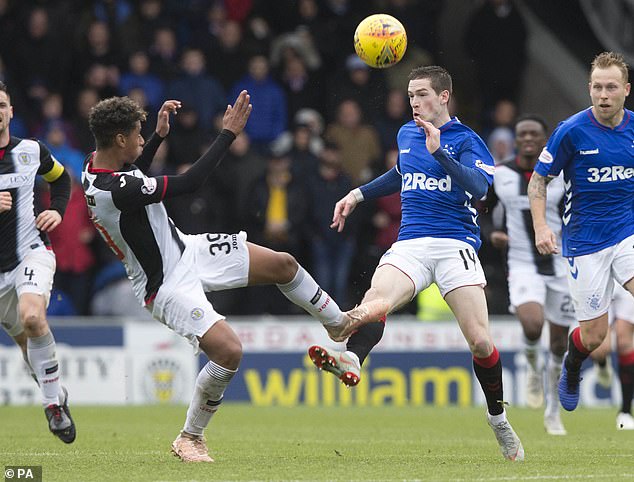 The Scotland keeper was called on again when Eros Grezda – in for his first Rangers start – gifted possession away out wide as McShane whipped a great cross into the box for Ryan Edwards. The Australian was denied, however, as McGregor palmed over again.

It took another 30 minutes of ugly back-and-forth scrapping before Rangers finally carved out an opening in injury time. Scott Arfield laid the ball into Ryan Kent’s path but his strike on the angle screwed wide.

There was still time for another Saints chance from a McShane corner before referee Willie Collum sounded the half-time whistle. Connor Goldson let the ball drop over his head, Edwards’ shot was spilled by McGregor but defender Alfie Jones could only fire into the side-netting. 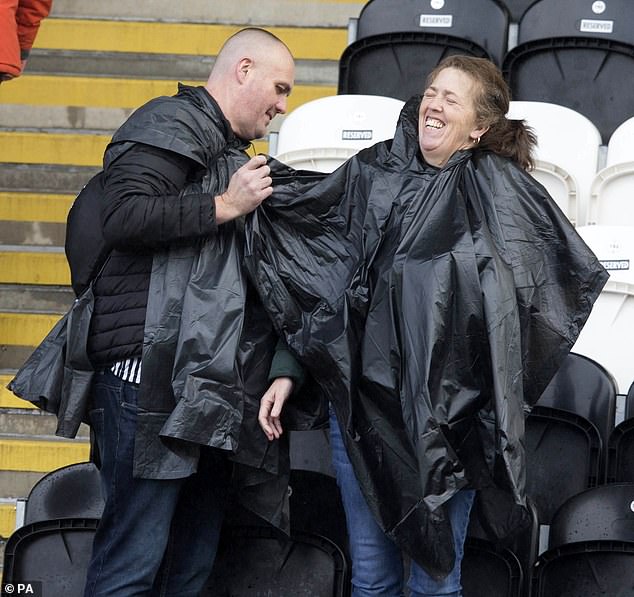 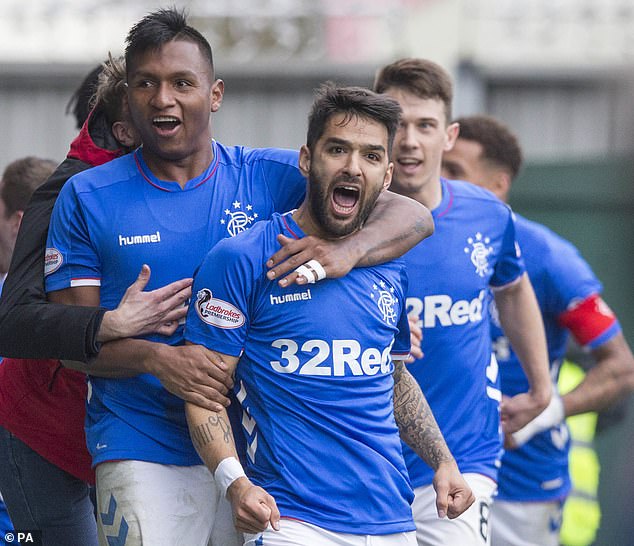 But with the wind at their backs for the second period, Rangers were at last able to get on the front foot.

Samson spilled an Ovie Ejaria strike but was bailed out when Jones leapt back to block Grezda’s rebound attempt. Goldson then failed to make contact with Andy Halliday’s corner when any touch would have given his side the lead.

Grezda thumped the base of the post on 55 minutes but that was not enough to prevent him being immediately replaced by Candeias.

Saints somehow survived again on the hour mark as Morelos drove into the box. Arfield, Ejaria and Candeias all had goes at bundling the ball home but the hosts got enough bodies back each time to scramble clear.

But with Gers starting to look short on inspiration again, they got the breakthrough they were desperate for.

Whether Candeias meant to sweep the ball over Samson’s head from wide on the right, only he will know, but it mattered not to Gerrard, who punched the air in delight as the Portuguese wideman’s effort hit the back of the net. 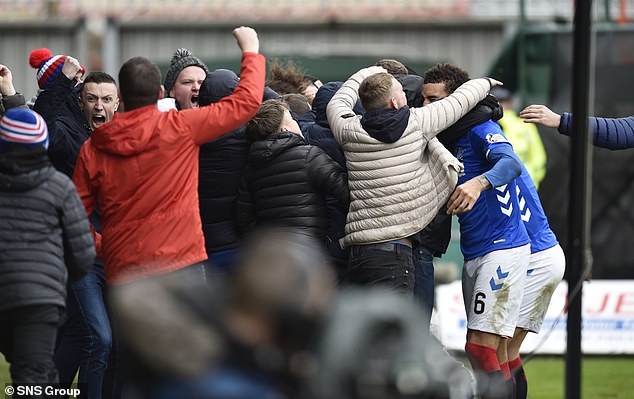 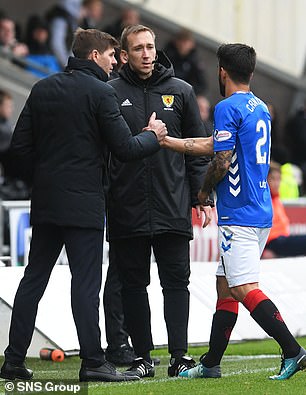 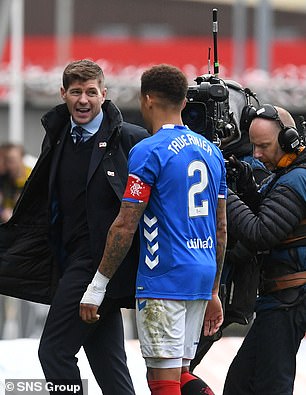 Morelos then grabbed his 14th goal of the campaign in stoppage time as he drove in from the right before rifling past Samson from a tight angle.

There was more drama to come, however, as Candeias was sent off after he picked up a second booking following a spat with Anton Ferdinand.