Leeds boss Jesse Marsch clashed with Wolves coach Bruno Lage on the touchline after the American’s side claimed a 2-1 win on Saturday to open their Premier League campaign. Despite the three points, he was not happy and the two managers exchanged some furious words after the full-time whistle blew.

Daniel Podence gave the visitors the lead in the first half, before Rodrigo equalised, and then an own goal from Rayan Ait-Nouri sealed a welcome three points for the Whites as they began the new season with a winning start.

Despite losing stars Raphinha and Kalvin Phillips to Barcelona and Manchester City respectively over the summer, a new-look Leeds featuring four new signings and a changed midfield looked assured as they came from behind to take the win.

They were caught cold however as just six minutes into the new Premier League season Leeds found themselves behind after Lage’s side launched a swift counter-attack that saw Pedro Neto’s neat play finished off by fellow Portuguese forward Podence. 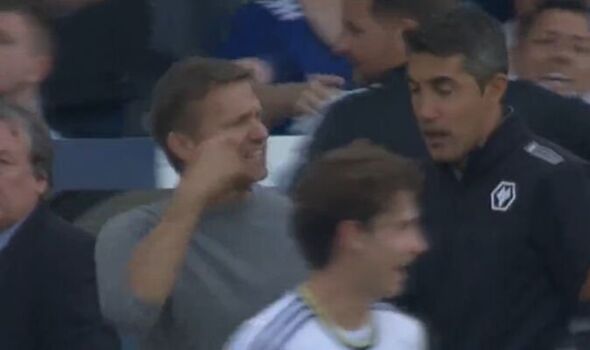 The hosts had a strong penalty claim for Jose Sa’s challenge on Rasmus Kristensen, but soon after found themselves level when after a scramble in the box, Rodrigo smashed home from an angle to claim Marsch’s side’s first goal of the new season.

Brenden Aaronson thought he had scored the decisive goal when Mateusz Klich played a ball through to Patrick Bamford, who delivered the ball into the six-yard box for the American but Ait-Nouri got to the ball first and turned it into his own net. 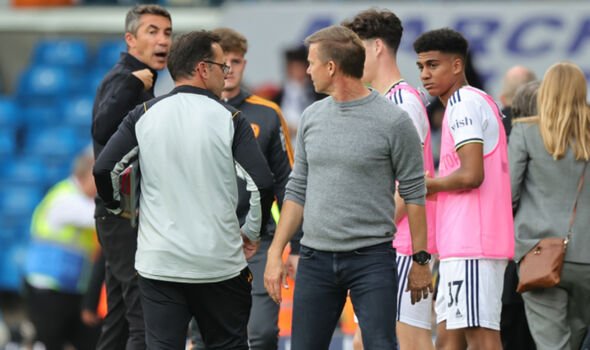 Marsch believes that the win shows that his team are more understanding of his style and system. “For me, I’m really pleased that we look like a team that understands what the tactics and ideas are,” Marsch said. “I think the three points validate the pre-season we’ve had.

“Even after going down, we responded and pushed the game. Then, to give credit to Wolves, they pushed the second half and we weren’t at our best. I knew at that point that making the right subs would be important. Klichy came in and made a big difference.

“I have to see it again but live, I felt like Rasmus was just taken out. If that’s a defender I think it goes down as a penalty. I’ll say yes, we should have had a penalty.”