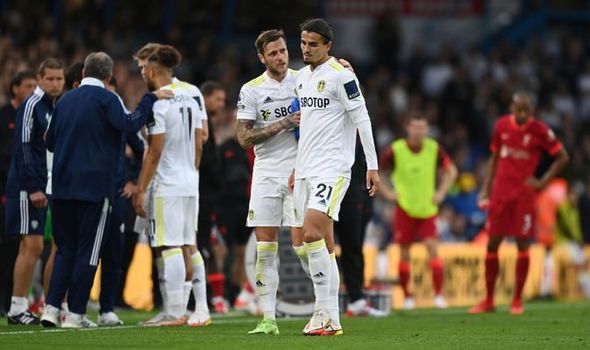 Leeds star Pascal Struijk was given his marching orders by referee Craig Pawson after he left Liverpool midfielder Harvey Elliott requiring a stretcher an hour into their Premier League clash. Mohamed Salah, who was the closest player Elliott, immediately stopped and called the physio on the field.

The referee waited for confirmation from VAR before showing Struijk a red card for the tackle.

And according to the Athletic, the Premier League have confirmed that the 22-year-old was dismissed due to ‘the intensity and endangerment of Elliott’.