Leeds have reportedly begun doing their research on a potential deal to sign Jean-Philippe Mateta from Mainz. Marcelo Bielsa was given the money to spend in the summer to bolster his squad ahead of Leeds’ return to the Premier League.

Big money was spent on the likes of Diego Llorente, Raphinha and Rodrigo and a number of the new signings have already made an immediate impact at Elland Road.

They currently sit 12th in the table having won seven of their opening 17 matches and are just six points off a top-four place.

But they’re equally not far away from being involved in a relegation battle and Leeds are looking to do more business in January to prevent that from happening.

A central midfielder appears to be their top priority having missed out on a few targets in the summer.

JUST IN: Leeds transfers: Done deals, who could sign and leave in January? 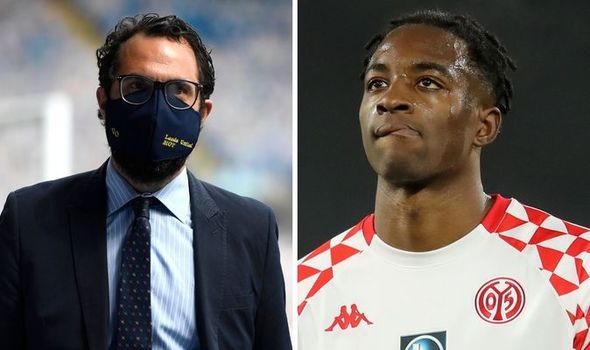 Rodrigo De Paul and Todd Cantwell were among several midfielders Leeds have a strong interest in, but no deals materialised.

However, signing another forward seems as though it’s also a priority for Leeds’ chief Orta this month.

According to Football Insider, Mateta has emerged as a top target for the Whites having impressed in the Bundesliga this month.

The 23-year-old has scored 10 goals in 16 matches this season, including a hat-trick against Freiburg back in November.

Interest in Mateta though may force a change of shape for Bielsa’s side with Patrick Bamford the undisputed first-choice striker.

The 27-year-old faced serious questions on his ability to be a regular goalscorer in the Premier League prior to the start of the season.

But he’s proven his doubters wrong this campaign with an impressive tally of 10 goals in 17 games, as well as providing three assists. 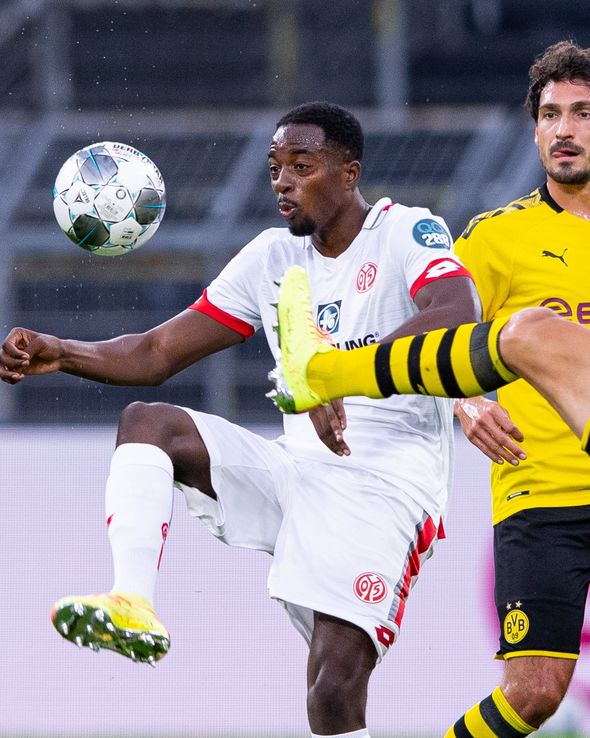 But speaking last week, Bielsa hinted there could be more incomings at some point this month.

“If there is a player that clearly improves the squad then obviously it would be good for the future of the club.

“The option to bring a great player to the club sometimes depends on the needs of the team but sometimes opportunities arise. In this sense Victor Orta has a way of working which usually benefits the team.”