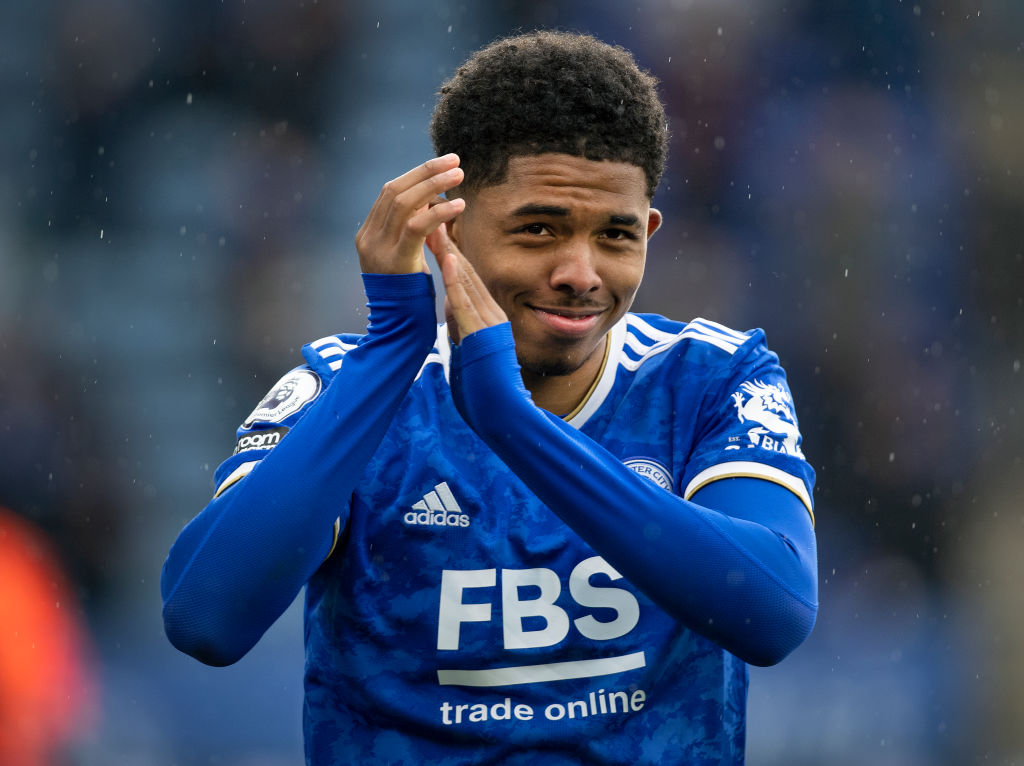 Wesley Fofana has apologised to Leicester supporters after pictures of him wearing an Arsenal shirt spread across social media.

The 20-year-old defender capped off an outstanding debut season in England by helping the Foxes win the FA Cup last month and his eye-catching performances have reportedly made him a target for Manchester United, with Ole Gunnar Solskjaer on the hunt for a centre-back.

But it was Arsenal fans who started to get rather excited about an unlikely move for Fofana after photographs of the Frenchman posing in the Gunners’ 2020/21 home kit began doing the rounds on Saturday evening.

However, a red-faced Fofana wasted little time in playing down the significance of the pictures as he took to Twitter to explain how he was ‘tricked’ into wearing the jersey by ‘former friends’ while on holiday in Dubai.

‘OK mates. I have been tricked by some former friends wearing an Arsenal jersey,’ Fofana shared in a post uploaded to his Twitter page.

‘I played a football game (as coach I cannot run) with some friends and at the end we exchanged jerseys.

‘I have been photographed in, what I thought, was my private sphere. I had obviously no thinking that what was a friendly game and joke will end up in social networks.

‘I feel sorry for our fans and angry against the guys that have seized the opportunity to make this bad buzz.

‘Sorry for all Arsenal friends, I have strictly no problem with the red but only the blue is in my heart.’

Fofana has made 38 appearances in all competitions for Leicester since completing a £36.5million move from Ligue 1 outfit Saint-Etienne last October.

The previous summer, Arsenal signed Fofana’s centre-back partner at Saint-Etienne, William Saliba, who is yet to make a single first-team appearance for the Gunners and spent last season on loan at Nice.

Meanwhile, Fofana has added an FA Cup winners’ medal to his CV and was named Leicester’s Young Player of the Season, an award decided by the club’s fanbase.

The youngster put pen to paper on a five-year contract when he signed at the King Power Stadium, which sees him through to 2025.