Sane was seen sporting the new range made with at least 75 per cent recycled fibres, as Nike strives towards zero carbon and zero waste, which would protect the future of sport as this will help save the planet.

The underwear the German international, 25, was seen wearing is also made with Nike Dri-FIT technology which helps get maximum comfort whilst wearing them. 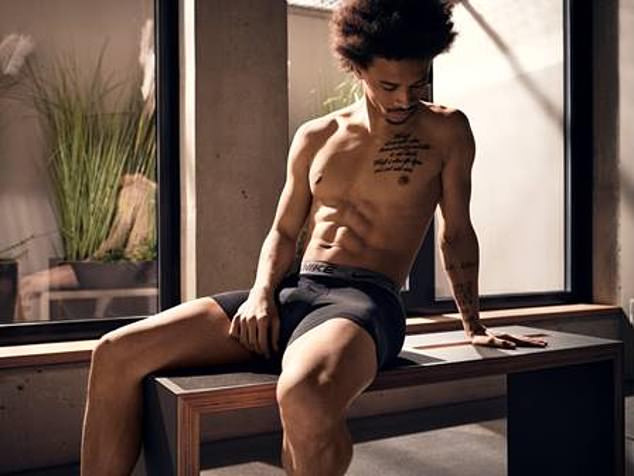 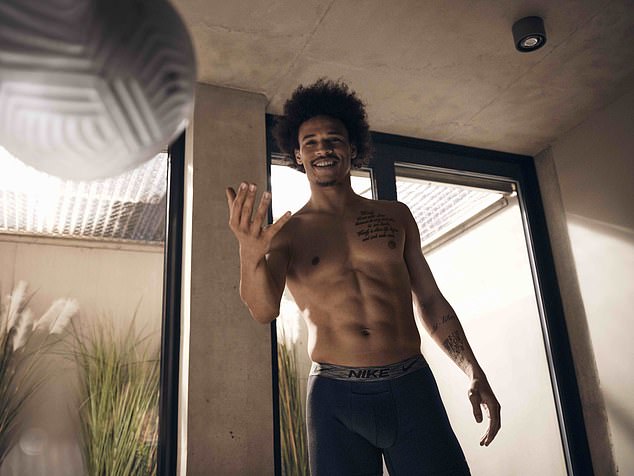 Speaking about the sponsorship move, Sane said: ‘It is an honour for me to represent Nike! I am very happy to be the face of Nike Underwear for this season, as I see it as an opportunity to share the products that I like a lot.’

Despite playing for Bayern – one of the top sides in Europe – Sane is under pressure at the German champions after failing to light up German football following his £55million move from Manchester City 12 months ago.

The 25-year-old ended his first season in German football last season with just six Bundesliga goals and has failed to find the net in his opening three matches of the new campaign. 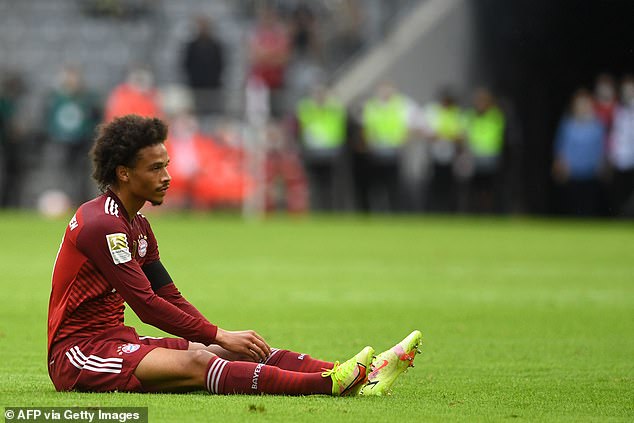 Sane was booed by some Bayern fans during the German champions’ 3-2 victory over Cologne on Sunday, with head coach Julian Nagelsmann questioning the supporters’ decision to jeer one of their own.

‘Overall, we didn’t play a good game in the first half,’ said Nagelsmann. ‘I noticed the whistles (towards Sane). It’s only right that our own fans support the players.

‘There’s not a player in the world who doesn’t like to put in a top performance. But we don’t have to discuss everything internally that happens in the stands. It wouldn’t make sense for Leroy to be demotivated now. Let’s move on.’