Leroy Sane admitted maintaining focus can be difficult but insisted Manchester City are hungrier than ever.

Pep Guardiola’s side are unbeaten and top of the Premier League after slapping Southampton for six on Sunday.

Sane, who has rediscovered his form in recent weeks, claimed City still have the same desire as last season during their title defence. 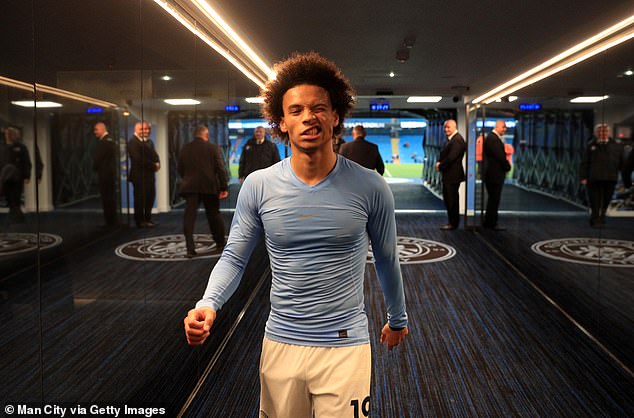 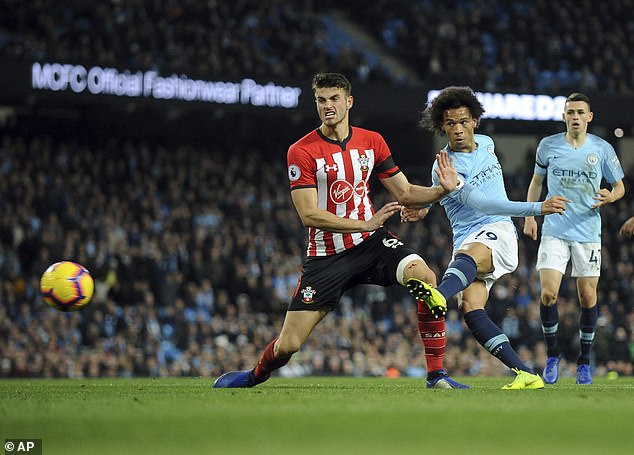 ‘It can be hard to keep concentrating, especially when you are so much on top. You have to focus and start from the beginning,’ the Germany international said.

‘We really wanted to beat Southampton so we could be alone at the top of the table, as Liverpool dropped points.

‘In our team we have players of good character who always want to win, always hungry, always want to improve, score goals, give assists and have a clean sheet.

‘And we have a coach who keeps telling us we need to improve, improve, make more clean sheets, make less mistakes, and be more careful.’

Sane also suggested that City’s players see Bernardo Silva – one of Guardiola’s most impressive performers – as the heir to David Silva’s throne.

Silva has said he expects his current contract, until 2020, to be his last at the Etihad Stadium and Bernardo has flourished.

‘Everyone in the team likes him,’ Sane added. ‘I love playing with David Silva but maybe when the time is over for David to play, Bernardo can take his place.

‘He has played really well this season and I am happy for him because he’s a really good guy.’

Sane also laughed off suggestions he could one day move to Manchester United: ‘That won’t happen at all. I am really happy here and I’m on the right side. 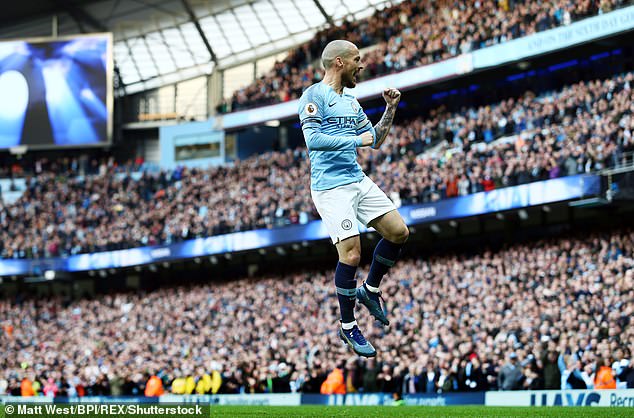 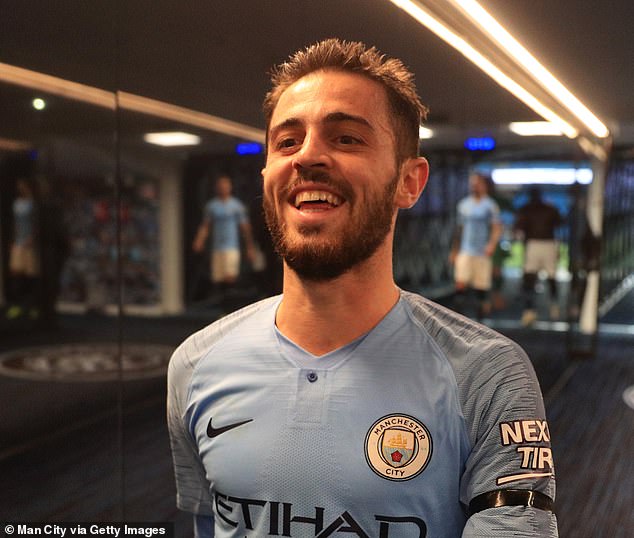