Hearts boss Craig Levein has criticised the decision to charge both his side and Hibernian for a ‘mass confrontation’ during last week’s Edinburgh derby.

The clubs have been issued with notices of complaint from the Scottish Football Association following two second-half flashpoints at Tynecastle, but Levein insists the response is disproportionate.

It is the latest controversy from the highly-charged game, which saw Hibs boss Neil Lennon struck by a coin and Hearts keeper Zdenek Zlamal punched by a Hibs fan. 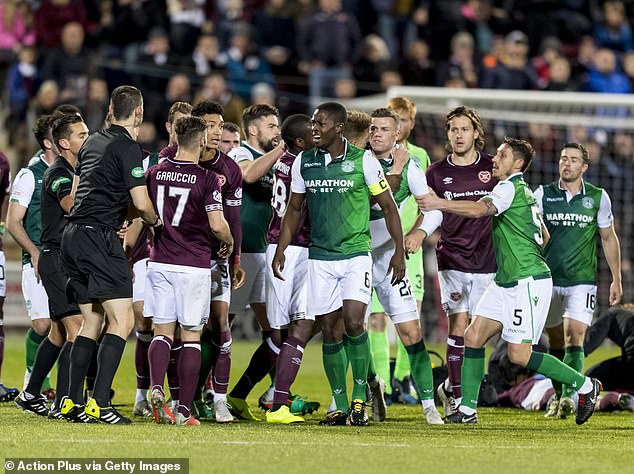 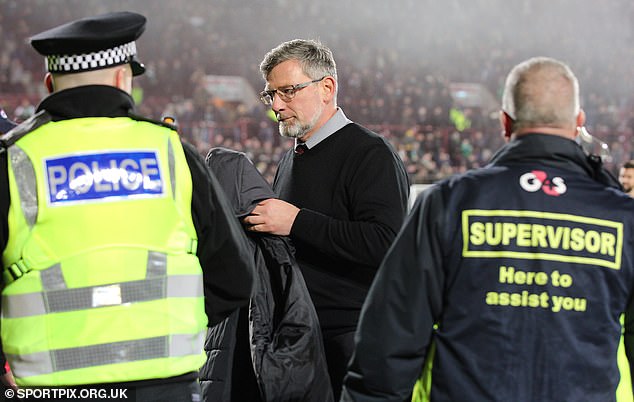 Levein said: ‘I worry about the game when that is seen as a mass confrontation.

‘People think players are robots who can control every emotion going. But the whole idea of teamwork is to support your team-mates.

‘When I look at the first situation I don’t see anything in it.

‘I see a lot of people going in to break things up and stop a situation arising. In fact, I thought they were helping the referee.’ 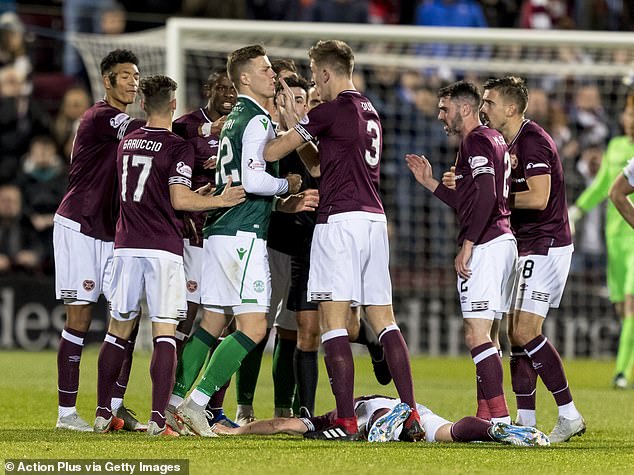 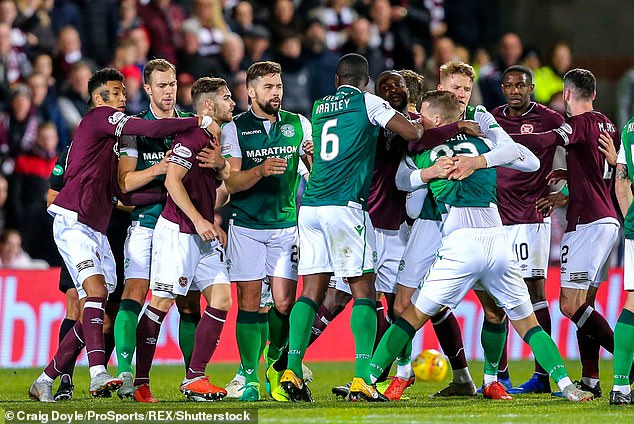 But the Scottish FA disagree and Hearts could face a £10,000 fine if they are found guilty

Levein – whose club faces a maximum £10,000 fine if found guilty at next Thursday’s hearing – added: ‘If the compliance officer wants to watch some games from the past then maybe she would recognise exactly what a difficult situation that is. But that was nothing.

‘And I really worry if that is what is going to be seen as confrontation – that’s nothing.

‘Just about everyone is trying to keep the peace and trying to help the referee. Just because there are people there doesn’t mean it’s confrontational.

‘I certainly think those situations could have got out of hand had it not been for the players trying to calm it.’