‘It can all go really quickly’: Rico Lewis is keeping his feet on the ground amid his meteoric rise at Manchester City, as the 18-year-old right back’s admits ‘every game is a surprise really’

Teenager Rico Lewis is not overthinking his meteoric rise at Manchester City after earning the trust of Pep Guardiola.

The 18-year-old right back has kept the experienced Kyle Walker out of the City team on occasions since the World Cup and produced another strong display against Tottenham on Thursday night.

Lewis, quickly becoming a fans’ favourite at the Etihad Stadium, was targeted by Spurs – particularly Pierre-Emile Hojbjerg – but came through the physical examination with ease. 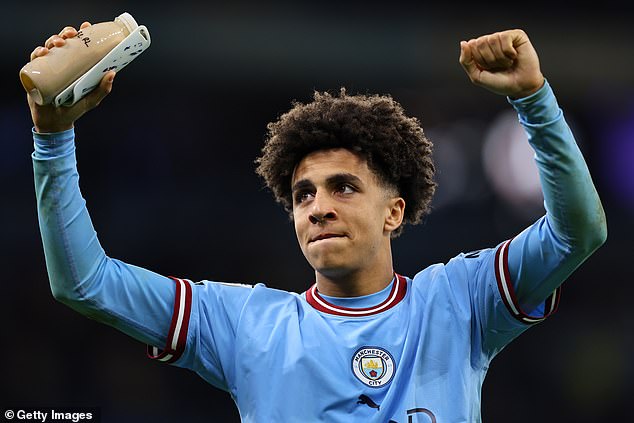 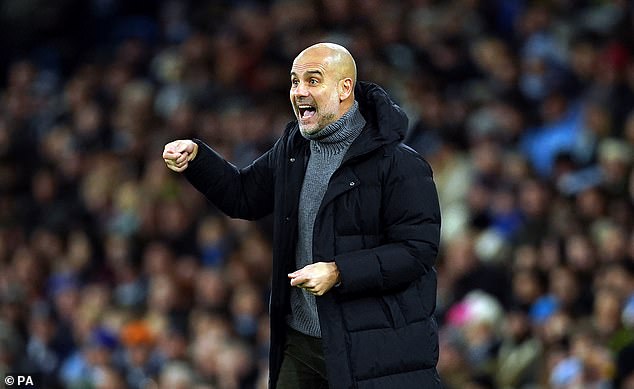 ‘Every game for me is just a massive surprise. I don’t expect to play any games so the games that I have been able to play already… it’s just overwhelming really.

‘I feel I belong but not really like it’s like I’m part of the team. I feel that will come gradually but right now it’s just playing games and doing as much as I can for the team.

‘I never really feel like it makes much sense to shout about it because it can all go really quickly.’

Lewis is expected to make the jump up to England’s Under 21s ahead of the summer’s European Championship in Georgia and Romania. 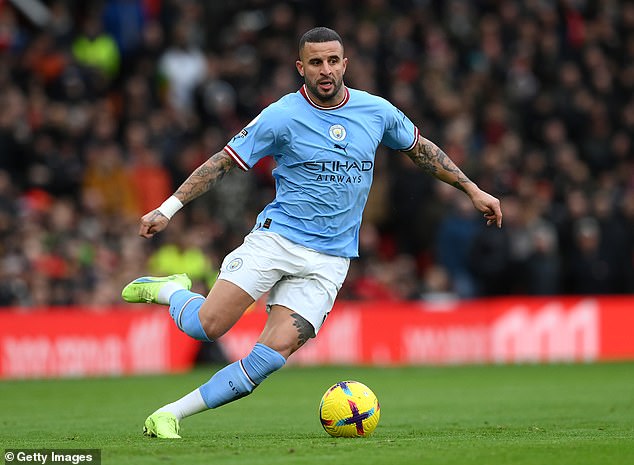 The City academy graduate has previously captained age groups with England but is now on Lee Carsley’s radar after 12 appearances for Guardiola’s side this season. Lewis has leaned on Walker for advice in recent months and is becoming integrated into the group.

‘I get on well with him,’ Lewis added. ‘We’ve had talks about stuff and been pretty open about everything that happens between us like selection and things like that. He’s really good at talking to me.

‘He’s not putting any pressure on me to do anything special, he’s just telling me to concentrate on myself and do as much as I can.’