MPs call for investigation into extraordinary story of 10 Premier League clubs with 8 online betting partners targeting Asia, all linked to 1 company in the Isle of Man – and its mysterious ties to a Chinese ‘triad’ who’s just been jailed for 18 years

The Premier League are facing calls from MPs to investigate links between a recently jailed Chinese billionaire with ties to criminal triad gangs, and a British tech company working with many clubs’ Asian betting partners.

Alvin Chau, 48, was sentenced to 18 years in prison last Wednesday in Macau, China, after being found guilty of more than 100 charges relating to organised crime and illegal gambling activity exceeding £85.7billion.

An investigation by this newspaper has found links between the Isle of Man-based firm, TGP, which runs betting brand websites and provides all of them with their UK betting licences, and Chau. Prior to his arrest in 2021 he controlled a sprawling gambling empire under various ‘SunCity’ brands. 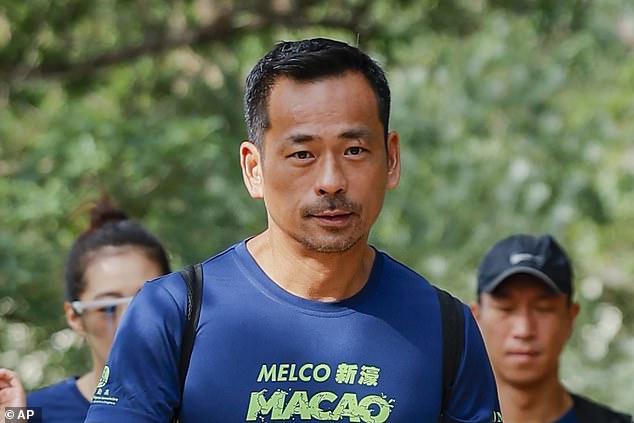 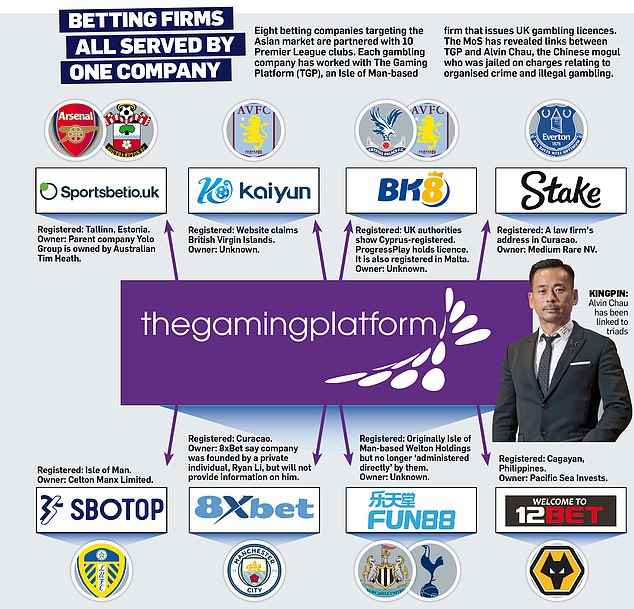 TGP’s nominal HQ is based above a low-profile betting shop in Douglas, the capital of the Isle of Man. Among dozens of betting brands, TGP works with eight Asian-facing betting brands who together have partnerships with 10 Premier League clubs.

TGP has also licensed and provided websites for defunct brands that formerly worked with Premier League clubs, such as 138.com, and brands that partnered with PL clubs but no longer do, such as HTH Bet, a former sponsor of Manchester United.

There is no suggestion any of the clubs or those brands knew of any potential link between Chau and TGP. But our investigation raises serious questions about the circumstances in which the clubs receive millions of pounds from such betting sponsors, and how the sector is regulated.

The All-Party Parliamentary Group (APPG) for Gambling Harm has told the MoS they will launch an inquiry unless the Premier League and the Gambling Commission, which regulates TGP, provide satisfactory answers about these apparent links.

Sir Iain Duncan Smith, the APPG vice-chair, said: ‘The reputational harm to the EPL, which has been a global success story, is considerable and this risk is not to be taken lightly. 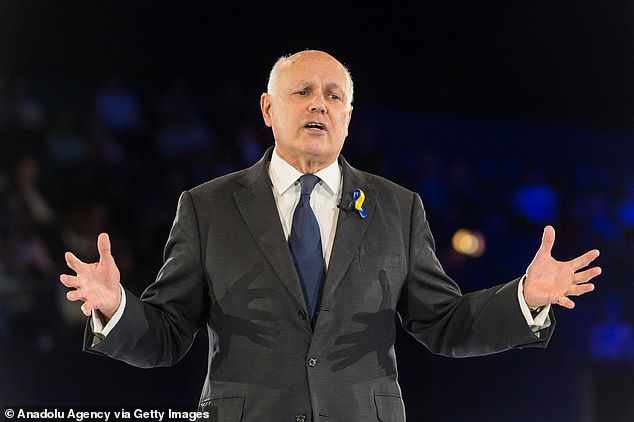 ‘The APPG are particularly concerned about the nature of the relationship between the Isle of Man company TGP that provides the UK Gambling Commission licence for these brands, 138.com and SunCity, whose founder and controlling shareholder Alvin Chau has been sentenced for serious crimes in China and stands accused in an Australian Parliamentary inquiry of associating with known triads.

‘The APPG would call on the Gambling Commission, the Premier League, the clubs and also TGP itself to explain the nature of these links and if we are not satisfied with the explanation, we will be holding an inquiry.’

The call follows an investigation by The Mail on Sunday into Asian brands’ growing visibility in English football, where their adverts and messaging are almost unavoidable at any top-flight match.

Asian betting brands frequently advertise in Chinese, including on the hoardings at Premier League games which are watched worldwide. While some ads are legitimately directed at Chinese expats, concerns have been raised that brands may be using their relationships with Premier League teams to appeal to customers in China, where gambling is illegal. Sir Iain added: ‘Is it appropriate for these online brands to be using EPL clubs, shirts and grounds, to be advertised in jurisdictions, such as China, where gambling is illegal? And what kind of message does this send to people in the UK, including supporters of all ages, about gambling?

There is no suggestion TGP is involved in illegal activity but the ultimate beneficial ownership of the firm is not possible to identify from public records. 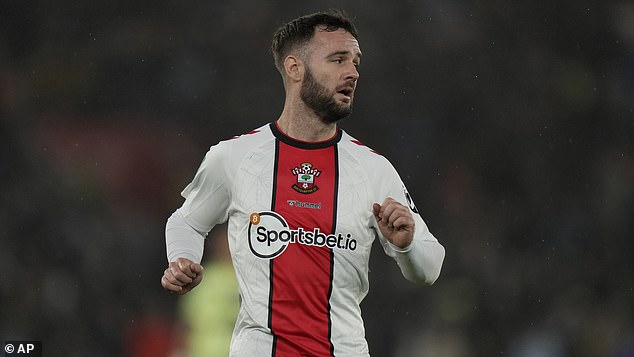 Premier League club Southampton have their shirts sponsored by Sportsbet.io 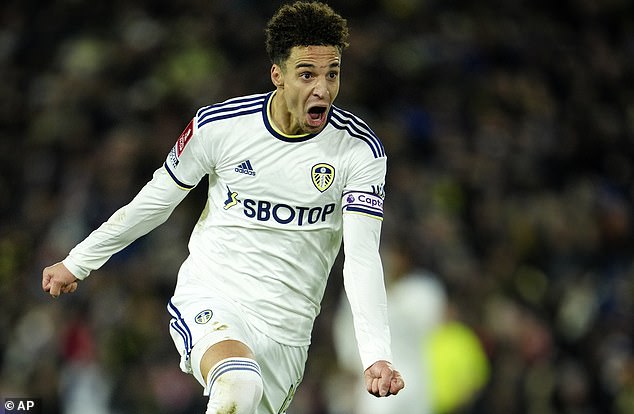 Leeds United are also sponsored by a betting company – SBOTOP

The Gambling Commission admit they do not have the power to force companies to reveal the beneficial owners behind trusts registered in domains such as Jersey, as is the case with TGP, although they insist they carry out appropriate due diligence before issuing a licence.

TGP Europe, which is licensed by the Gambling Commission, is part of a network of related Manx companies including TGP Holdings and Xela Holdings, but its ultimate ownership is unknown. Its CEO is Manx-based Garth Kimber, who lives in a seaside mansion boasting a tower and stunning views. In 2013 Newcastle United posted a picture of him alongside Newcastle players to announce a deal with 138.com, with Kimber billed as ‘138.com chief executive officer’.

But in the same year evidence emerged of a more controversial link to Chau’s SunCity empire.

The trade magazine Gaming Intelligence noted Kimber had become CEO of Xela Holdings, TGP’s parent company, saying Xela was ‘the online arm of Macau’s leading VIP junket operators, SunCity’. The following year a sports betting company, SB Tech, noted it had signed a deal with ‘TGP Europe, [which] is owned by TGP Holdings, part of the SunCity Group, the largest provider of live casinos in Asia’. 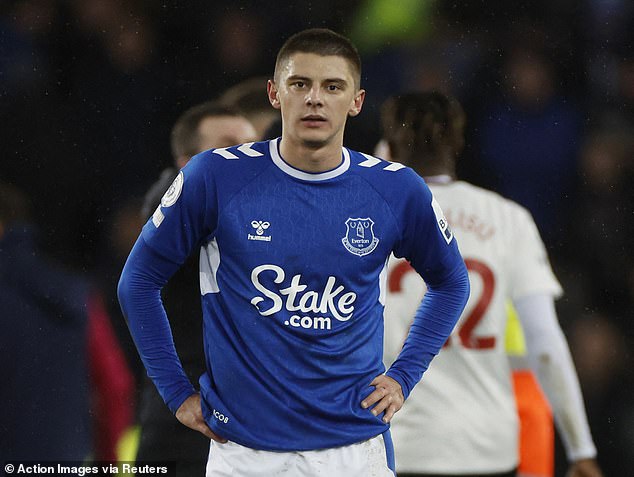 The MoS has also spoken to a former 138.com commercial director, Daniel Stracey, who confirmed that 138 and its predecessor, 138SunGame, were ultimately owned by Chau’s SunCity. The 138 brand in all its forms is now defunct.

These links suggest those controlling SunCity, including Chau, were also controlling Xela and TGP from around 2012, but there has been little public indication of the nature of the relationship in recent years, since Chau came under serious scrutiny from China’s legal authorities.

SunCity was set up by Chau in 2007 to attract high rollers to casinos in Macau, the former Portuguese colony which is China’s only territory where gambling is legal.

So-called ‘junket operators’ such as SunCity provide credit as well as luxury accommodation to gamblers. SunCity’s extraordinary success led to a listing on the Hong Kong stock exchange and Chau rapidly became a staple of local newspapers for his rise in business and his colourful private life.

But in February 2021 a report was published by an Australian judge, Patricia Bergin, for the New South Wales Parliament on corruption in Australian gambling circles. It stated: ‘There were clearly links between Mr Chau, SunCity and organised crime groups.’ She added it was ‘probable’ that Chau had ‘continued his associations with members of triad groups’.

In November 2021 Chau was arrested in Macau after China’s Public Security Bureau said he ‘had formed a cross-border criminal group’ and set up overseas gambling operations illegally targeting Chinese gamblers.

The HK-listed SunCity Group Holdings, rebranded as LET Group Holdings since Chau’s arrest, denied it was ‘related’ to TGP but would not comment on another arm of Chau’s empire, the privately owned Sun City Gaming Promotion (SCGP), based in Macau.

It also pointed out that Chau had stepped down as chairman of the listed company and was no longer a shareholder. Chau closed down SCGP last year after his arrest.

HUMAN COST IS BEING IGNORED, by JAMES GRIMES

Gambling sponsorship in football is normalising and legitimising harm. I should know, over a 12-year gambling addiction I lost £100,000, which was every penny I could get my hands on.

It turned a happy, bright and motivated young person into a broken, anxious, depressed, hopeless, helpless and skint 28-year-old wreck of a man. That’s so often the truth you don’t see behind the brands plastered across shirts and stadiums.

The current relationship between football and gambling companies is nothing short of the Wild West. Clubs continue to partner with these operators despite well-documented evidence of unsafe practices and links to crime.

As a life-long football fan, it depresses me that family clubs — the heartbeat of their communities that we adore and trust — prostitute themselves to make a few extra quid from these dodgy online casinos.

Where’s the due diligence? Where’s the thought and care for millions of young fans around the world? At what point did football decide revenue — at any cost— is more important than health and lives? They sign the cheques with their eyes closed. 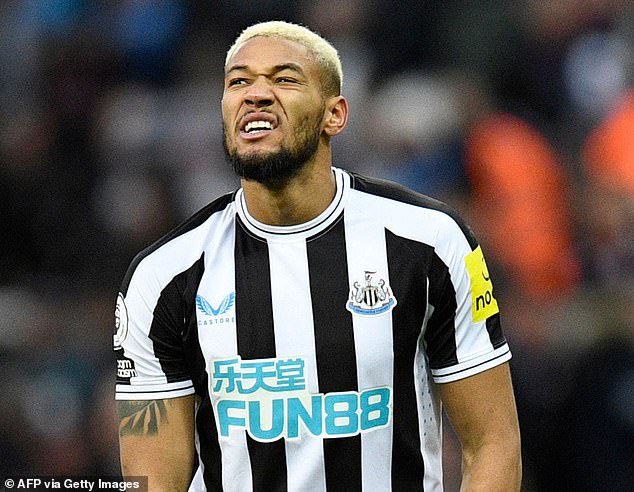 High-flying Newcastle also have a betting sponsor, as they have Fun88 on their shirts

There are of course broader questions about football’s economic model, but the current tie-up between the world’s biggest sport and the global gambling industry isn’t working. Billions are made from football bets and the cross-selling of more addictive online slots and casino games.

In return, the industry gives a fraction back in the form of advertising and sponsorship. Even this is only to lure in the next generation of punters, which it must after it has bankrupted or destroyed so many of the current batch. Someone takes their life each day in the UK due to gambling.

Let’s also be clear that profiting from crime and addiction is not a problem exclusively for far-flung gambling firms — licensed and regulated UK operators are regularly fined for the same offences.

The UK Government has a huge opportunity to end this farcical situation. It has been reviewing our gambling laws since 2020 and a white paper is imminent. I lead the campaign, The Big Step, to end gambling advertising and sponsorship in football and it’s clear fans — much like the wider public — no longer want their heroes and their clubs to be billboards for obscure online casinos. The nation is expecting big changes.

Whether the harm is felt in this country or abroad, the human cost is not a price worth paying. It’s time to kick these ads out.