Lionel Messi stepped up his recovery from a broken arm on Friday as he joined his Barcelona team-mates for a training session at Joan Gamper sports city.

Messi looked in good shape two weeks on from his last appearance — which came in Barcelona’s 4-2 win over Sevilla — but he is not expected to feature in Saturday’s La Liga game at Rayo Vallecano.

Barcelona will be confident of beating Vallecano without him, having won their last 11 games against them — scoring four or more in eight of those matches. 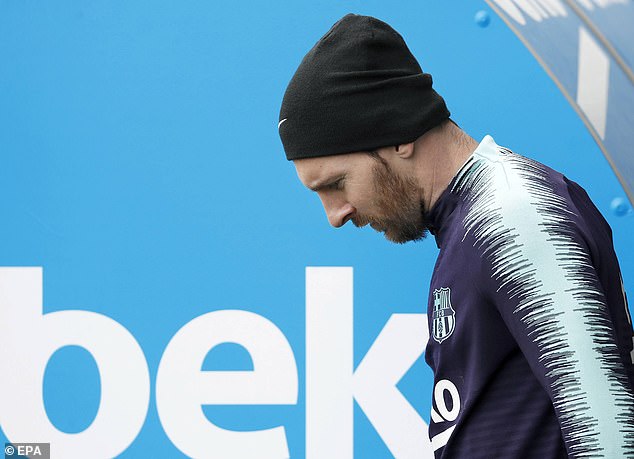 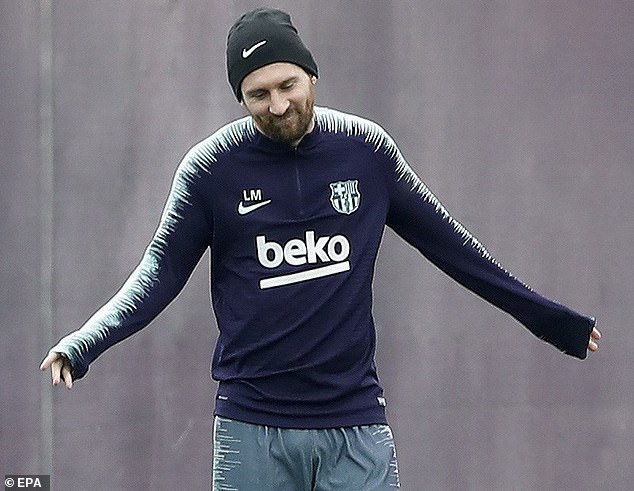 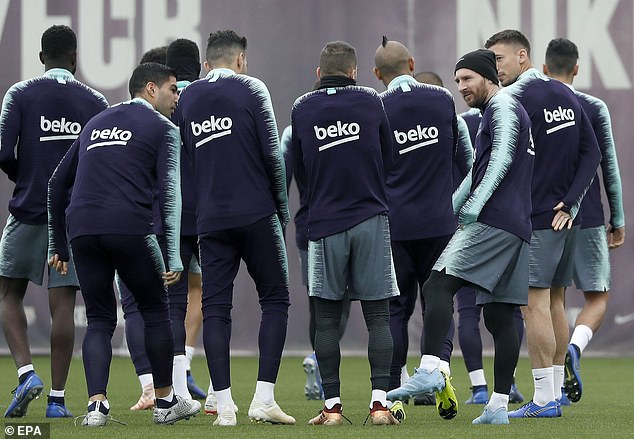 Messi could also be rested against Inter Milan on Tuesday as Barcelona are well placed in Champions League Group B.

The home La Liga clash with Real Betis on November 11 or the trip to Atletico Madrid 13 days later have been earmarked as likely dates for his return.

With Messi still on the sidelines, Luis Suarez will be tasked with leading the Barca attack.

Suarez stole the show at last weekend’s Clasico by netting a hat-trick in a 5-1 win over Real Madrid.

A win over Vallecano, who are 19th, will keep Barca top of the table.

The mood in training seemed relaxed and Arturo Vidal appeared to take on the role of joker. 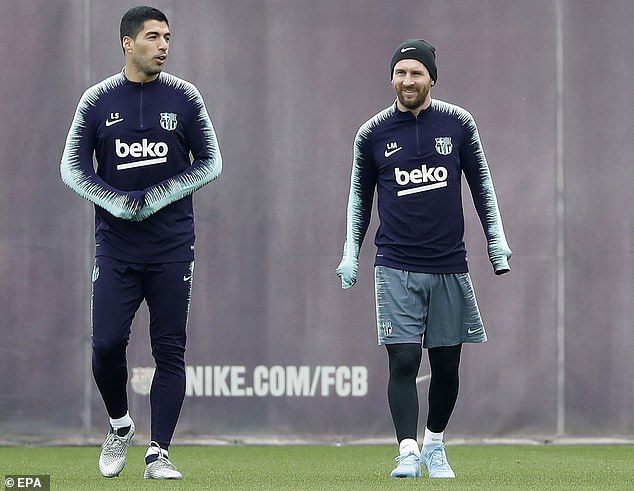 With Messi likely to be sidelined at Vallecano, Luis Suarez (left) will be Barca’s main striker 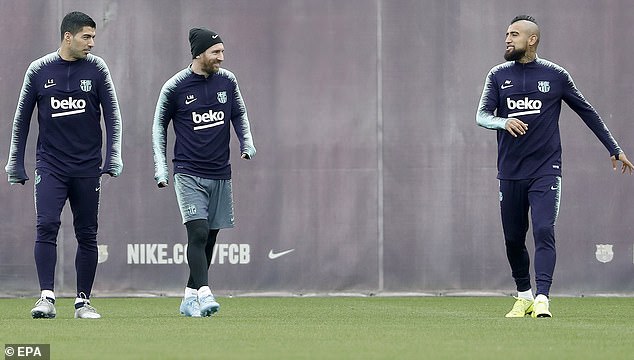 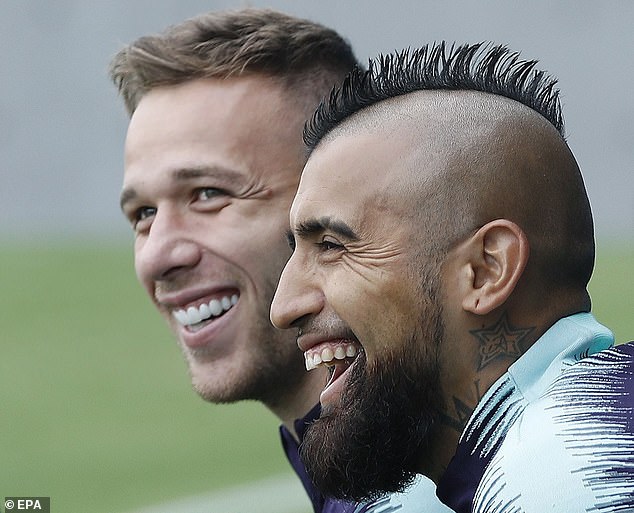