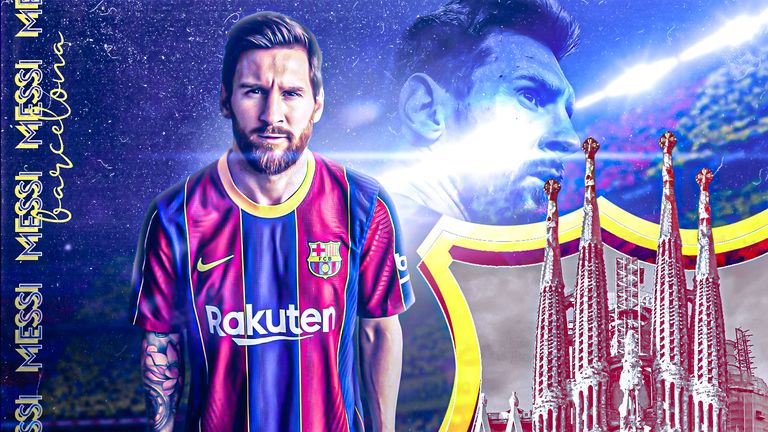 Everyone here in Barcelona is shocked.

If you looked through any online article or listened back to any TV report or radio report from earlier this week, you wouldn’t have found anyone telling you Lionel Messi was going to stay at Barcelona.

But here we are. Ten days after he stunned the world of football and informed Barcelona he wanted to activate the release clause in his contract, Messi decided he will remain at the club he has called home for almost 20 years.

Initially, some people may have thought this was Messi trying to get political change by spitting out his dummy and stamping his feet. He’s done that with Argentina before, after all. But by the beginning of this week everyone was saying, ‘no, he means it this time’.

We were told he didn’t consider himself to be a Barcelona player anymore, he’d spoken to Pep Guardiola, he wanted to go to Manchester City, he believes he is right about the clause in his contract…

Then, even on Friday lunchtime, his people issued a letter where they said to La Liga: ‘you’re wrong, we’re right, we’re confident we’ll win this legal battle.’ 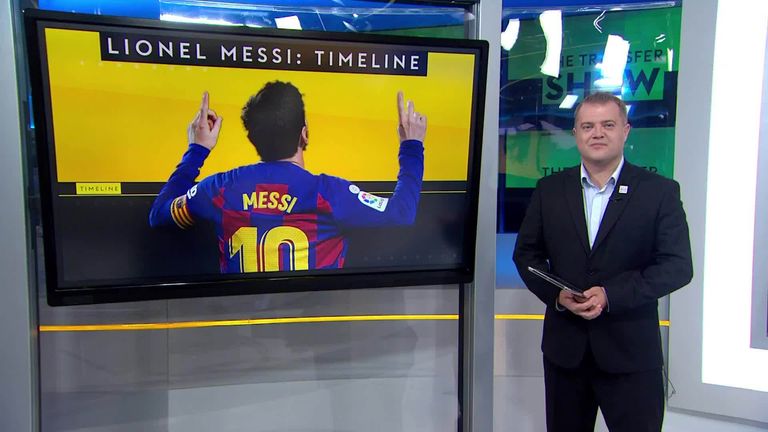 But then, for some reason, two hours later, they decided not to go to court and Messi would remain with the club.

We were proved wrong – but I think he even proved himself wrong. I don’t think Messi realised he wouldn’t be able to go through with it.

While we in the media are shocked, interestingly there is a sense of sadness among some Barcelona fans.

I was listening to a radio phone-in last night with Axel, the local cameraman and a big Barcelona fan, who was translating it for me, and the majority of the callers were sad. They said it was a sad day. 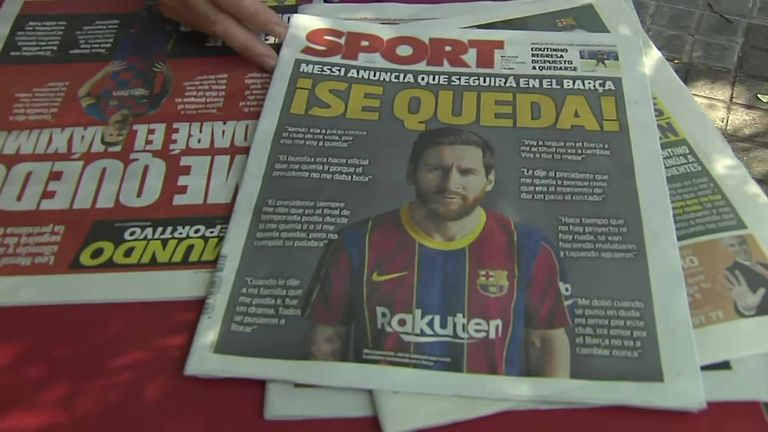 They didn’t like the way Messi had been treated. They said, if he wanted to leave, and felt that way, he had the right, after all the service he’d given the club. They felt that now he’s staying against his wishes, it’s a sad turn of events rather than something to be celebrated.

Obviously, they’ll cheer at their TV screens when he returns to the pitch in his Barcelona shirt for the first time – and no way will they give him a hard time, that’s for sure. But they feel, if he wants to go, he should be allowed to go.

So what happens now?

Well, in the short-term, Messi will have his coronavirus test – most likely on Saturday – and then, after the players have had their day off on Sunday, he’ll return to Barcelona training on Monday. And no doubt have an awkward greeting with Ronald Koeman! 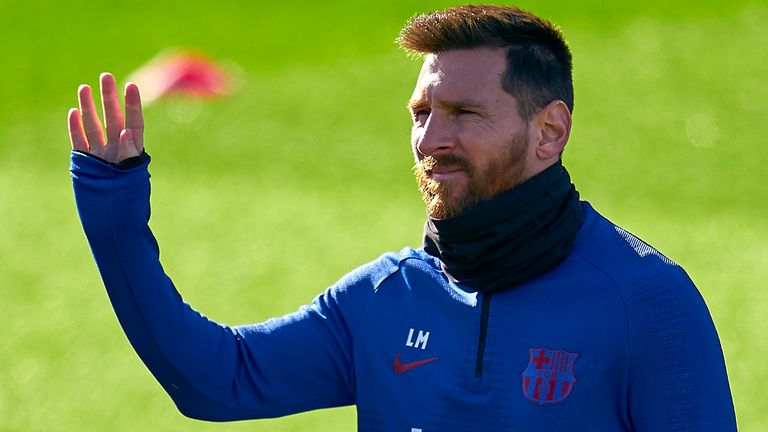 Will Koeman keep Messi as captain? Of course, he’ll still be ‘captain’ in terms of being a senior player and the talisman, but I’m not sure if he’ll have the armband after being on strike for the past week.

Barcelona have a couple of friendlies lined up, but he’s unlikely to be ready for those after missing training. But we could see him back in Barca colours for their first La Liga fixture against Villarreal. Due to their involvement in the Champions League, that has been pushed back and takes place in three weeks’ time.

But his future in the longer term remains unclear.

Could Messi extend his Barcelona contract?

Contractually, he can leave on a free transfer next summer and talk to other clubs in January.

But there are a few options which could see him stay beyond next summer. 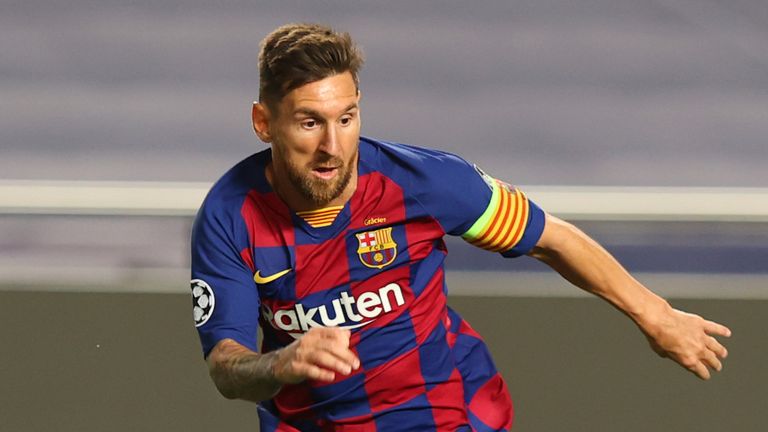 The Barcelona presidential elections are in March and Victor Font is the favourite at the moment. He says the first thing he’ll do is sack Koeman and bring in Xavi as the head coach. Xavi is big mates with Messi.

Messi also mentions in this interview which has been released that the club has no project and he wants to see some of the best lads from the academy coming through and given the chance, rather than spending money on these average players, which the club have been doing in recent years. Font has said that he will work with Messi to do that.

So, if Font comes in and Xavi comes with him, Messi might decide he’s happy to stay.

The other thing is, I think it’s been quite a sobering experience for him. The point he made in that interview was about how his family were upset, his kids were crying and didn’t want to change schools.

Come next summer, when he’ll be 34 in June – another year older, another year wiser – maybe he’ll think, ‘my family made it pretty clear last time they didn’t want me to leave’. So will he feel differently when he has the chance to leave for nothing? He might almost talk himself round to staying. 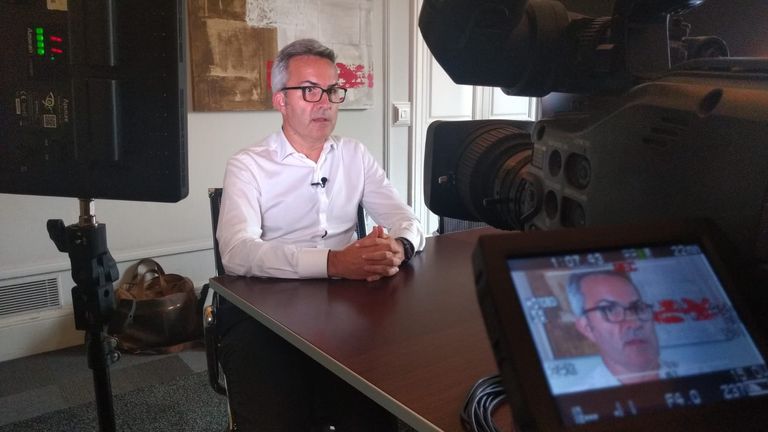 There is also the question mark around Joan Laporta. He was president of Barcelona when they reached their pinnacle. There are only three presidential candidates right now, with Font as the favourite, but everyone thinks Laporta is hovering around in the background, ready to chuck his hat in the ring.

If he stands then he’s got a good chance of winning – and his ticket would be to bring Pep Guardiola back. Guardiola is out of contract at Manchester City at the end of next season. So that could be another reason why Messi might stay: because he’ll get his reunion with Pep without having to go anywhere.

Financially, Barcelona need money. They’ve got other players they’re happy to let go and big wages they’re happy to get off the wage bill – the untouchables, the sacred cows, as they call them. The Albas, the Busquests, the Piques. They’re all on the market and all available if the right offer comes in. They’ve still got Philippe Coutinho, too, who is back training. There will be a fire sale over the next month to get money in, to get wages off the wage bill. But they decided they could not afford to let Messi go.

The fans are no longer gathering outside the stadium or protesting at the club’s headquarters. Things have gone back to normal, for now. But Messi’s long-term future is far from certain.

Tuesday August 25 – Messi sends Barcelona an official document informing the club of his desire to leave and activate the ‘get-out’ clause in his contract that would see him leave for free.

Wednesday August 26 – Barcelona sporting director Ramon Planes says the club are “aiming to build the team around Messi” and want him to stay.

Friday August 28 – Messi requests a personal meeting with the Barcelona hierarchy and his lawyers to discuss a solution to his transfer request. He is spotted leaving a restaurant in Barcelona after a dinner with close friend Luis Suarez, also on his way out of the club.

Sunday August 30 – Messi does not turn up for Barcelona’s pre-season coronavirus testing. La Liga release a statement backing Barcelona’s stance on the dispute over his contract, stating he will only leave if his €700m release clause is paid in full.

Wednesday September 2 – Messi’s father and agent Jorge flies into Barcelona from Rosario in Argentina for crunch talks with Barcelona president Josep Maria Bartomeu and the board. He says it is “difficult” for his son to stay at the club.

Thursday September 3 – Talks between Jorge Messi and Bartomeu carry on into a second day.

Friday September 4 – Messi’s father insists the 700m Euro release clause is “not applicable at all” and releases a statement opposing La Liga’s verdict on the situation.

Friday September 4 Messi confirms he will remain with Barcelona for next season following talks with Bartomeu. 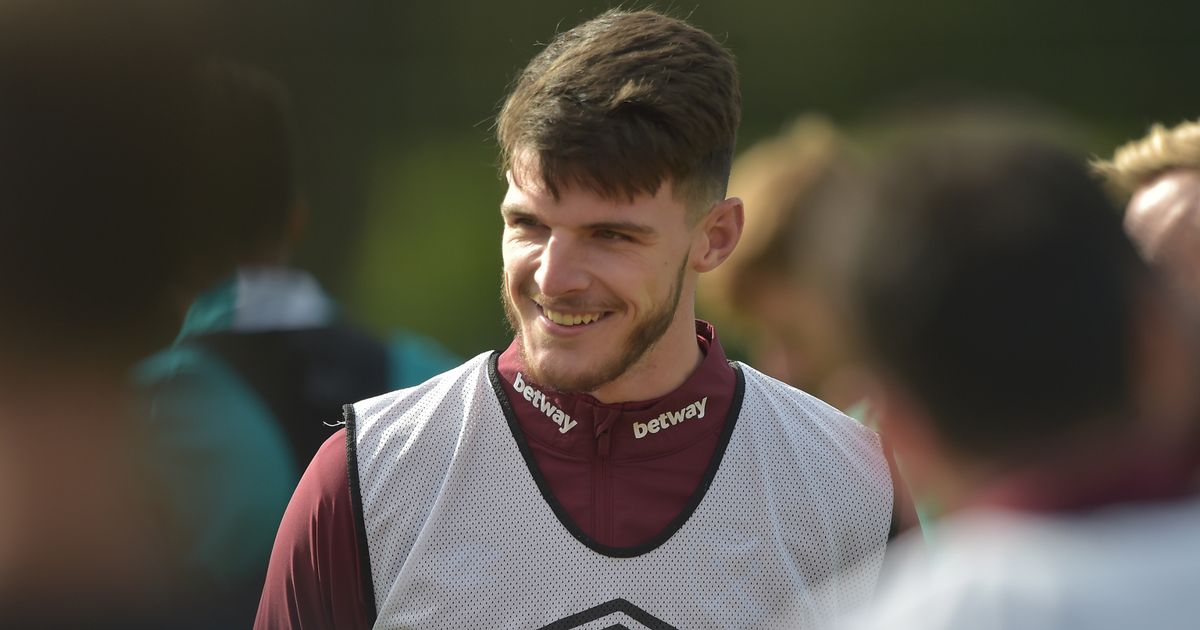 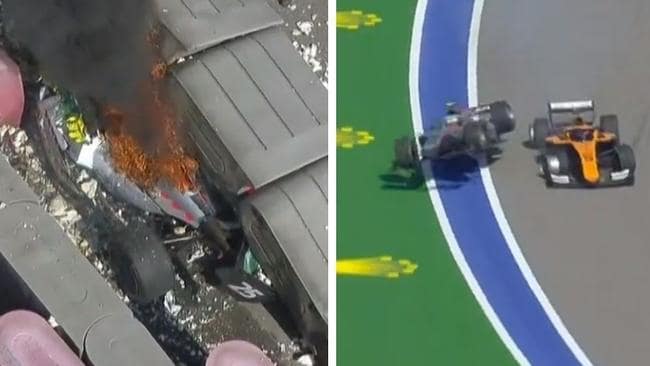 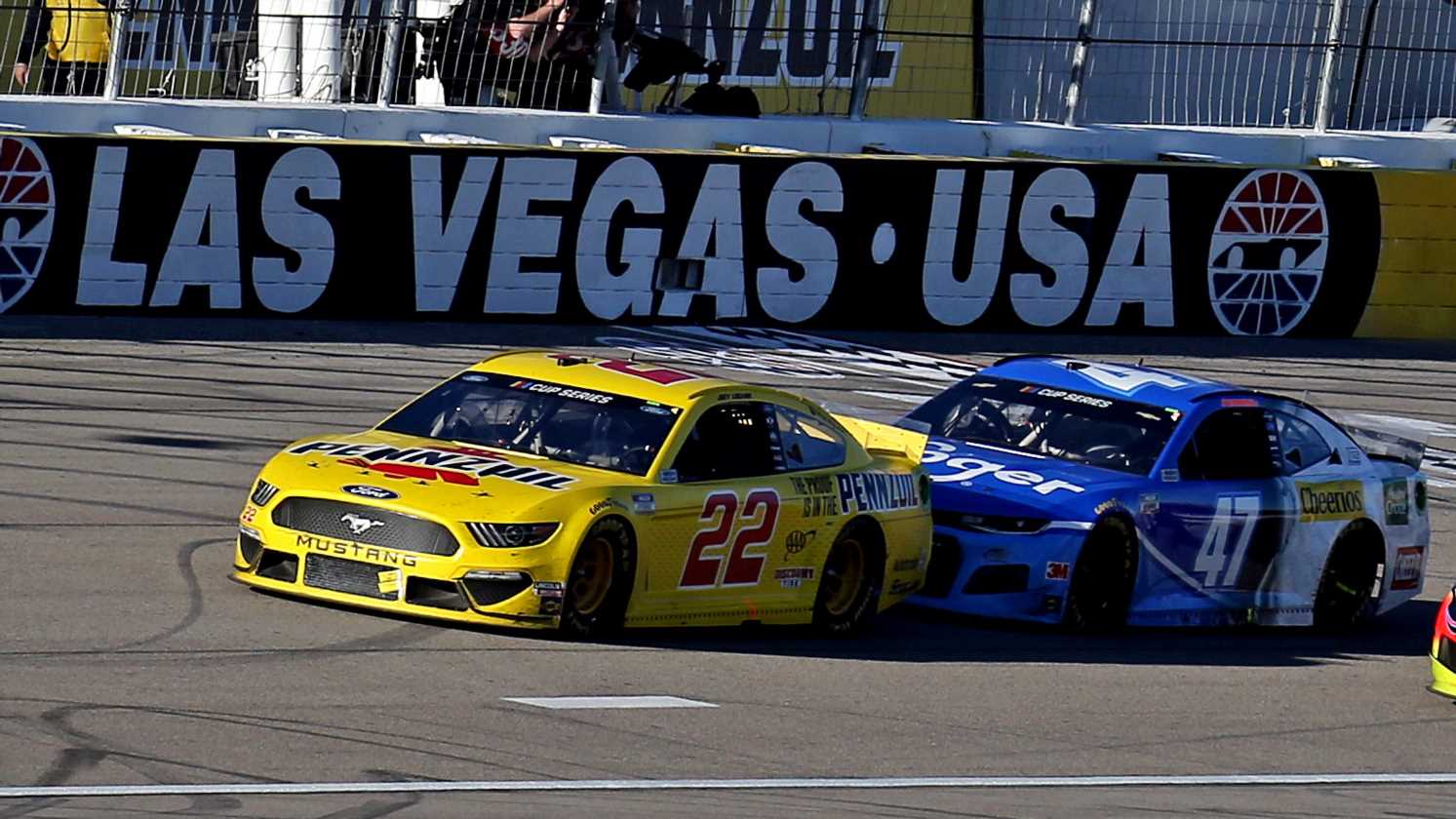 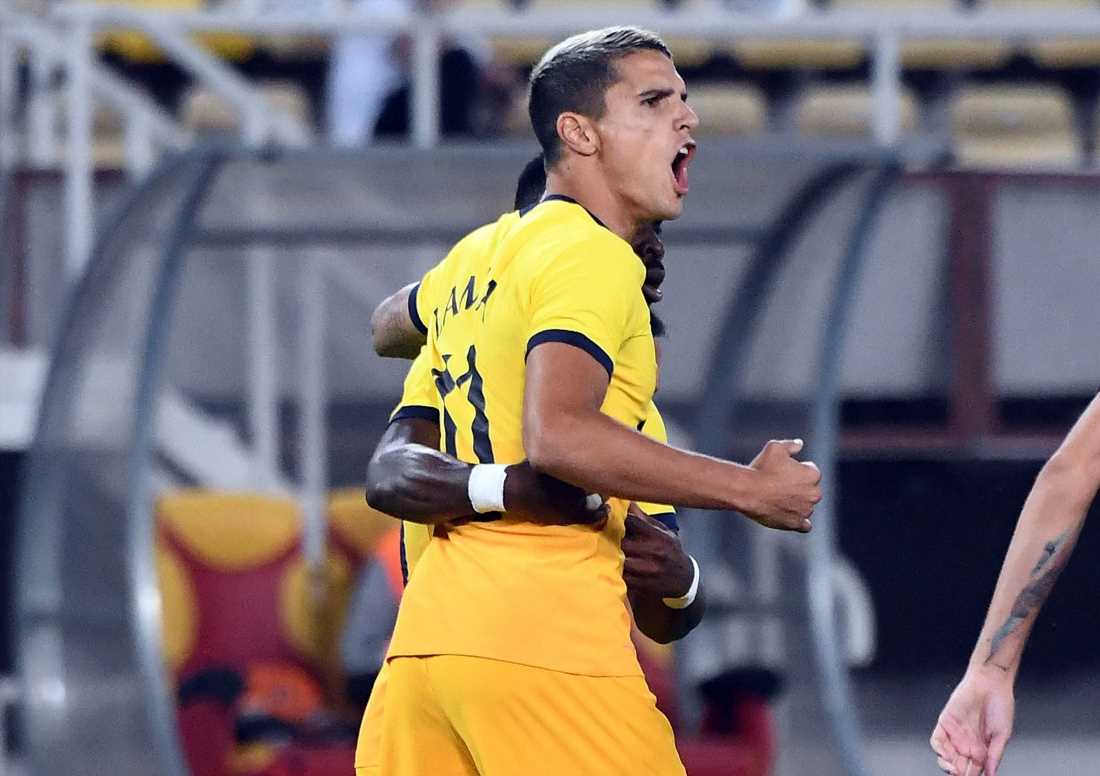