Lionel Messi probably gets reminded of his rivalry with Cristiano Ronaldo on a daily basis, but on Wednesday night it came from a very unlikely source.

Every kid loves drawing a picture for their parents, so young Thiago Messi would’ve been eagerly anticipating the reaction from his father when he handed him a drawing he’d done.

Lionel Messi, who was busy watching Barcelona’s Champions League clash with Inter Milan at the time, may have been shocked to look down and see the picture of Juventus’ club logo. 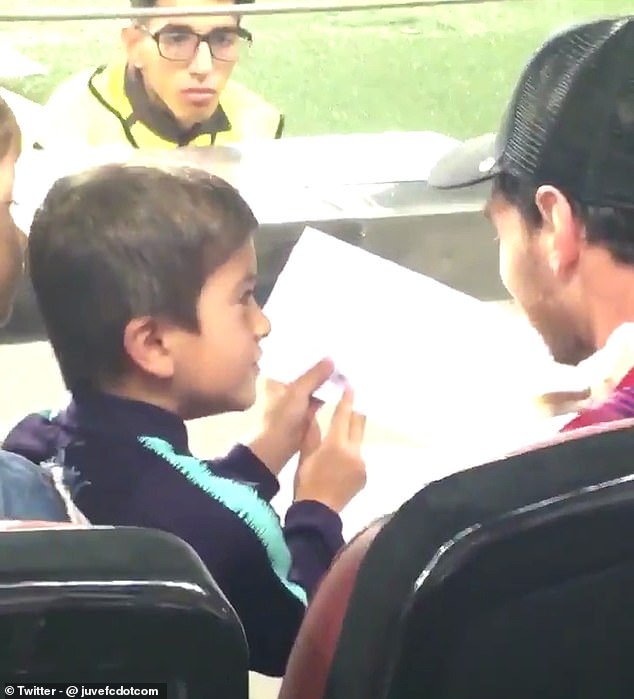 Thiago Messi drew a picture for his father Lionel Messi, much like all kids do for their parents 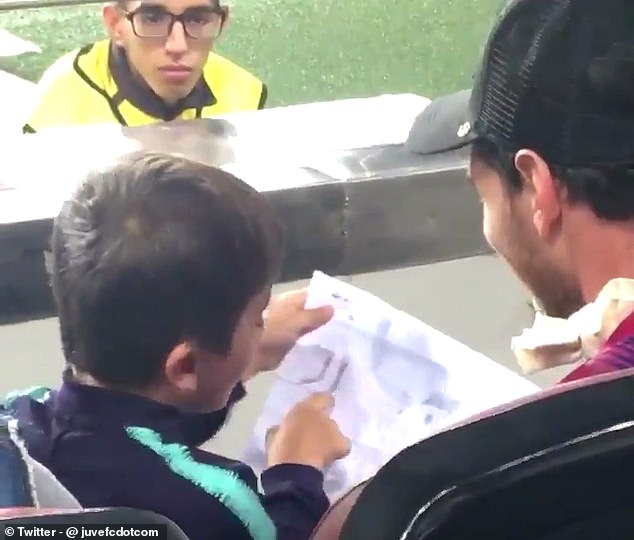 However, on closer inspection, the picture was of the Juventus logo, which Messi smiled at

Perhaps some wishful thinking from the youngster, as it’s highly unlikely we’ll ever see great rivals Messi and Ronaldo playing on the same team.

Maybe he was simply letting his father know the team he’d like to play for when he grows up.

If that’s the case, the five-year-old may have to compete for playing time with Ronaldo’s son, Cristiano Ronaldo Jr, who scored four goals on his debut for Juventus Under-9s last month. He even donned the number 7 shirt for the match. 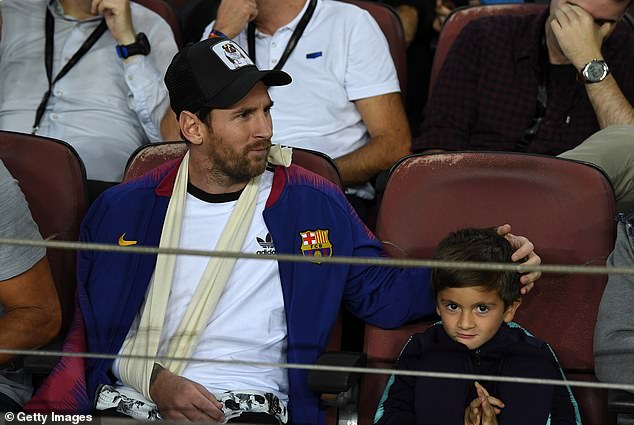 The logo could be a subtle message to his father, but Messi is unlikely to join up with Ronaldo

Lionel Messi was sporting a sling as he sat in the stands for Barcelona’s match while he nurses a broken arm. He’ll be out of action for a few weeks with the injury.

However, Barcelona didn’t seem to need his services as they strolled to a 2-0 win over Inter Milan. They’re top of Group B with the maximum nine points from their three games so far.

Inter Milan are just behind on six points, while Tottenham and PSV Eindhoven’s hopes of qualifying for the knockout stage are dwindling. They’ve each only taken one point from the first three matches.

While the rest of Barcelona dazzled on the pitch, it was Lionel Messi and his son Thiago who stole the show with their cute pictures on the sidelines.

Lionel Messi seemed amused by his son’s drawing. Thiago was probably just getting some art practice in. Juventus’ fairly simple logo is a lot easier to draw than Barcelona’s after all. 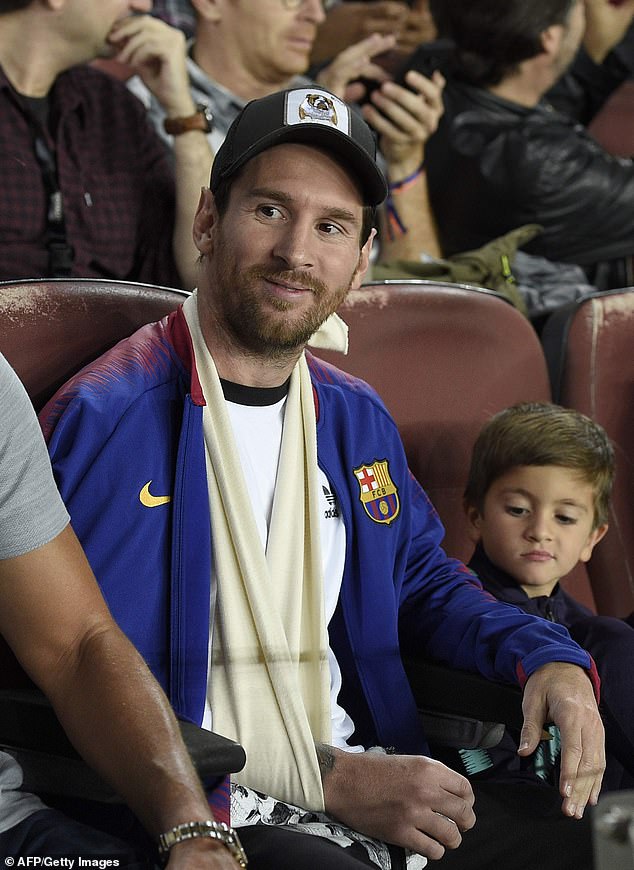 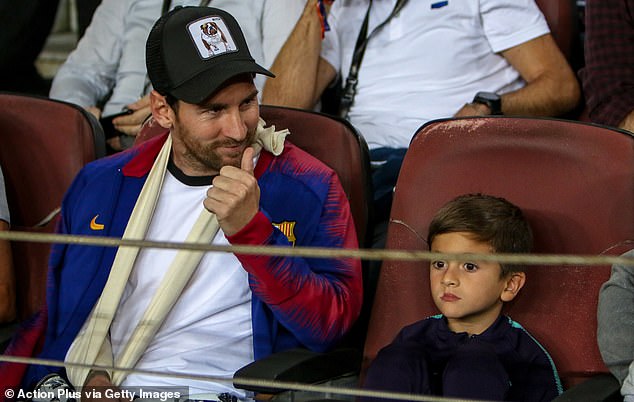