Mikel Arteta reveals Arsenal will revert to a ‘leadership group’ for their next captain, with Alexandre Lacazette first in line after ‘unpleasant’ sacking of Pierre-Emerick Aubameyang from the role

Mikel Arteta has revealed he will resort to a leadership group with Alexandre Lacazette and Granit Xhaka at the helm following Pierre-Emerick Aubameyang’s sacking as Arsenal captain.

Gabonese forward Aubameyang had the armband taken away from him after another disciplinary breach – at least his third in the last nine months – after coming back late from a pre-approved trip abroad before the Gunners’ 3-0 win over Southampton.

Arteta faced the media just hours after the decision on Aubameyang was announced, where he revealed he will not appoint a full-time successor to the 32-year-old striker yet. 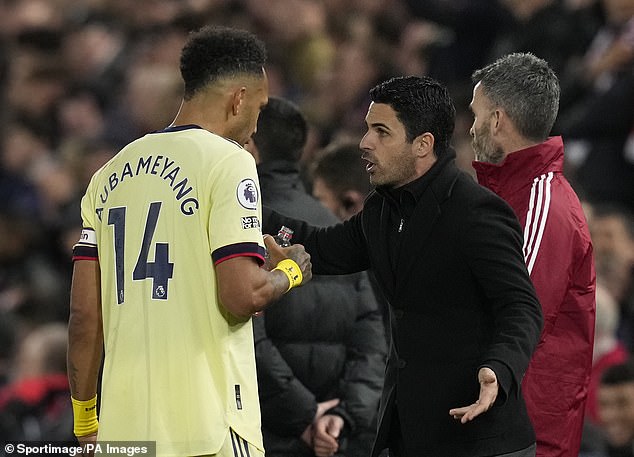 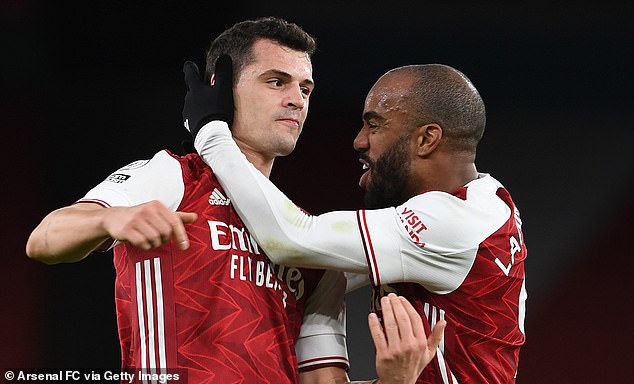 ‘We did it both the club and having a personal conversation with the player,’ the Spaniard said on Tuesday about how he broke the news to Aubameyang. ‘He had to accept the decision.

‘We have the leadership group, within that we have different players we have nominated to be captain. We have Laca and Granit who have been captain recently.

‘It’s an unpleasant situation. That leadership group is strong and we will continue like that. We will try to educate them and get feedback at the right time.’

Arteta: I try to explain the situation as clear as I possibly can but the situations are private matters that I cannot discuss. I think you should know the reasons why and have no excuses to tell the truth. I think the club and each people and supporter should deserve to know what happens.

We have to deal with the situation right now and get the most out of it. Tomorrow we have a game. We have to show how much we care about the game and each player should be 100 per cent committed.

(On West Ham tomorrow) It’s a big game because of the position West Ham are in and the position we are in. Tomorrow we want to win at home. You can see when the crowd gets behind the team, a good example is against Southampton. The players know tomorrow stuff it’s under the lights and they want to please the team.

Arteta: I hope I was talking about something different and about Auba in a different day. We try to make these decisions every single day and that’s what we try to do. I hope the team out there will have the fire, tomorrow we will play tomorrow in front of our people and we hope for a great result.

(On Covid tests) Everything that happened this week is a worrying sight. Games are being cancelled and postponed, players and staff with high numbers of positive tests. It’s really worrying.

Arteta: We have to be clear about the situation. To close speculation and try to be transparent and clear is the right decision. The team is focused and the game tomorrow is vital for us.

(Would Aubameyang have been dropped if he was in form?) Without a question of a doubt.

(Did he apologise?) I cannot discuss what he said.

(Will Xhaka be captain?) Granit is one of the captains and he’s part of the leadership group and is a really important players for us.

(Any Covid positives?) We haven’t had any players testing positive.

Arteta: All I can say right now is we have made this decision which is a tough one. I wouldn’t like to be sitting here talking about it. For now, he’s not involved in the squad.

What I can say as for now, it’s been a lot to digest. It’s a difficult decision to make, it will take a bit of time.

What I can tell you now, we made this because we are hurting. It needs a time to heal and he’s not involved. Since I’ve been here, the relationship has been really good. That’s why it’s painful.

That leadership group can be altered and you can have people in and out based on the topic you are discussing. When you need them to mature or be involved in something, that will be important in their education. They will be participating as well. It’s a team building thing.

Arteta: The next captain is important. It’s a multicultural group that is very different with different cultures and languages.

The squad accepted the decision. They know, because they have committed and demanded our culture who we want to be as a club. How we want to represent our club to a different level, when it’s broken, you cannot take it.

It’s a really unpredictable environment in sport and there are lot of things that are hard. They are dealing with it extremely well on the pitch, the importance they are taking around the club. How vital they have been in a close season. That’s what I want: for them to take accountability both on and off the field.

Arteta: I don’t have much more to say. I think it’s a clear statement from the club. It’s a decision we have made after the last incident we had with the player. This is where we stand.

I cannot go any further on that. As you can believe, when we have to make that decision, it’s the right one to defend the interests of the football club.

We did it both the club and having a personal conversation with the player. He had to accept the decision.

We have the leadership group, within that we have different players we have nominated to be captain. We have Laca and Granit Xhaka who have been recently. It’s an unpleasant situation. That leadership group is strong and we will continue like that. We will try to educate them and get feedback at the right time.

Right, here’s Mikel Arteta, who has yet another crisis to deal with at Arsenal. My word, that Amazon documentary will be very, very good…

What does this mean for Aubameyang’s future? What does it mean for Arteta’s? Which one will outlast the other at the Emirates Stadium?

Pierre-Emerick Aubameyang’s agent has had some choice images to share on social media following this news.

The Gabon forward’s representative has posted images of Aubameyang lifting trophies at Arsenal just immediately after the news broke out. A sly dig?

Mikel Arteta’s call has sent shockwaves through the Arsenal fanbase and they have reacted in anger at this decision.

Just 18 months ago, Aubameyang was lifting the FA Cup with the Gunners, now he could be heading out the exit door in explosive fashion.

Pierre-Emerick Aubameyang has been stripped at Arsenal captain for multiple disciplinary reasons, but what are they exactly?

Here’s Sportsmail’s lowdown of the rules the 32-year-old has broken in the past nine months which has led to his sacking. You never know, there could be more reasons to this…

FEBRUARY 2021: With the country in lockdown, Aubameyang was filmed posing with a new tattoo alongside a tattoo artist.

Arsenal investigated the incident to find out if lockdown rules had been breached but kept their findings in-house, with Arteta saying: ‘Whatever we do with our players we keep it internally.

‘It is true that there are a lot of members of our squad that have extended families at home and if any player does something that is not in the regulation obviously the club acts immediately – but always privately as well.’

MARCH 2021: Aubameyang was left on the bench for the north London derby due to lateness.

‘He was going to start the game,’ Arteta told Sky Sports. ‘We had a disciplinary issue. We have drawn the line and we move on. He is on the bench.

‘But he is an incredible guy and he is one of the most important players in the team, he is our captain, and we move forward.’

Arsenal won the game 2-1, with Aubameyang an unused substitute.

DECEMBER 2021: Having returned late from a pre-approved trip to France to visit his ill mother, Aubameyang has lost the captian’s armband at Arsenal and his future has been thrown into major doubt.

In a curt statement on Tuesday, Arsenal said: ‘Following his latest disciplinary breach last week, Pierre-Emerick Aubameyang will no longer be our club captain, and will not be considered for selection for Wednesday’s match against West Ham United.

‘We expect all our players, particularly our captain, to work to the rules and standards we have all se 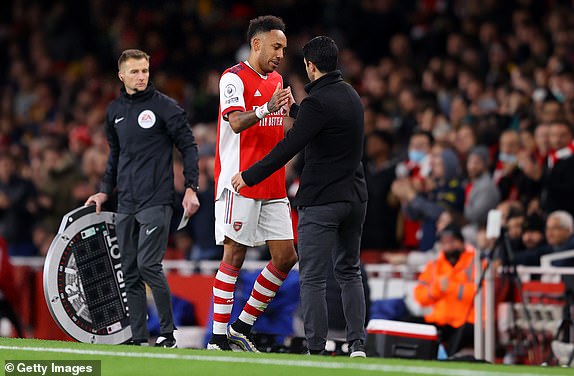 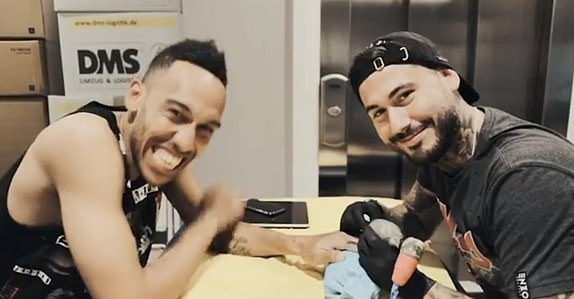 It is news that has not only shocked the red half of north London but the entire Premier League.

Aubameyang was once Arsenal’s go-to man up front, now his future lies in serious doubt after this shocking call by Gunners boss Mikel Arteta.

Aubameyang was dropped for Arsenal’s 3-0 victory over Southampton on Saturday due to the Gabon forward coming back late from a pre-approved trip abroad and it has now been confirmed the 32-year-old is no longer Gunners skipper and will not take part in Wednesday’s Premier League clash with West Ham.

Arteta is due to speak to the media at 1.30pm GMT (UK time) this afternoon and we’ll bring you all he has to say right here…