Liverpool’s hopes of winning the Champions League took a major hit on Tuesday night as they were beaten 3-1 by Real Madrid in the quarter-final first leg. Jurgen Klopp has a busy end to the season in line, and has problems with three key players in his squad to sort out.

Liverpool were clearly second-best in Spain as they suffered a damaging 3-1 defeat in the first leg of the tie with Madrid.

Vinicius Jr had a storming game for the hosts, finding the net twice and causing constant problems for the Reds defence.

Liverpool got a goal back through Mohamed Salah, but Vinicius’ second of the game sealed the win for the hosts. 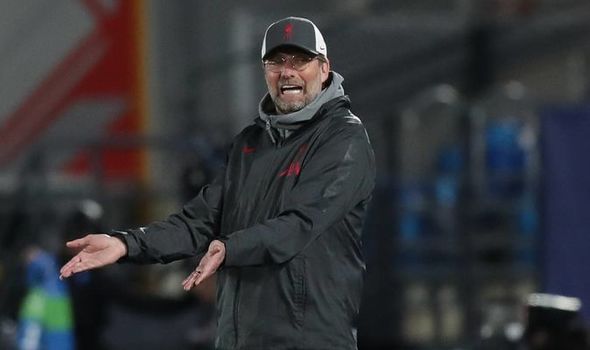 The Reds boss has some difficult decisions to make over his playing staff at the moment.

Liverpool have a slim enough squad to play with at the moment, with injuries having decimated their Premier League title defence.

Ahead of the closing stages of the season, Klopp will have to rally the troops and try to salvage what they can.

Express Sport has taken a look at the three players Klopp currently has problems with.

Sadio Mane has usually been Mr Reliable for Liverpool, but has been completely out of sorts recently.

The winger hasn’t scored in the Premier League since late January – with his last home league goal coming back in December.

However, Klopp has very limited options should he want to give Mane a rest.

Roberto Firmino has also struggled, and both Divock Origi and Xherdan Shaqiri have both shown they’re not quite up to the required standard. 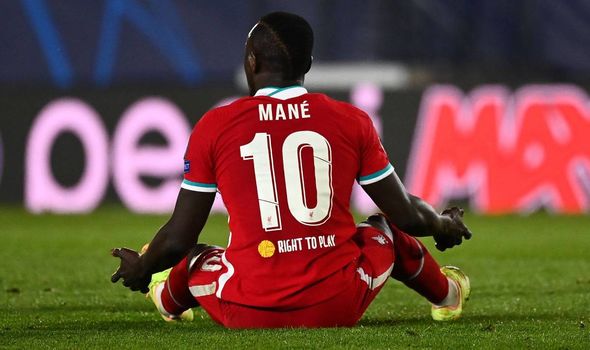 Injury-plagued Naby Keita has always been able to use his injury history as an excuse for not being able to hold down a place in the side.

But on Tuesday night Klopp made a bold call and gave him the nod instead of Thiago Alcantara, a move that backfired completely.

Keita has been one of the more disappointing signings in recent years at Anfield and it might come to the point that Liverpool have to start considering his future.

With Thiago, Fabinho and Jordan Henderson set to play in the middle next season, it could be worth trying to cash in. 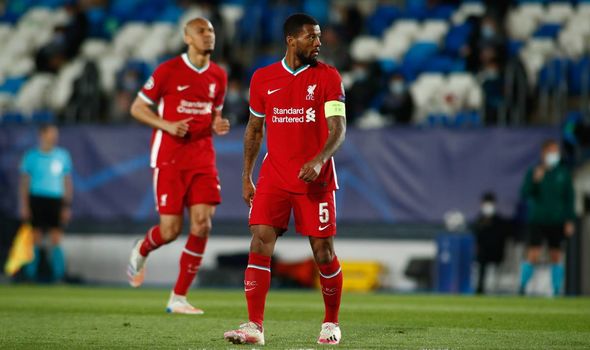 Liverpool’s captain on Tuesday night Georginio Wijnaldum had a poor game and was visibly off the pace.

The Dutchman has been ever-present for Liverpool but the first signs of burnout are starting to appear.

His contract is up in the summer and it seems he won’t sign a new deal, with Barcelona lurking ahead of a potential free transfer deal.

Curtis Jones is waiting in the wings to take his place, and it might become a case of when, rather than if, Klopp decides to make the change.