Jurgen Klopp’s “next step” after Liverpool should be to manage Bayern Munich. That is according to goalkeeper Roman Weidenfeller who played under Klopp for seven years at his former club Borussia Dortmund.

Klopp has been in charge of Liverpool since taking over from Brendan Rodgers in October 2015 and has enjoyed a successful period on Merseyside.

The German manager has helped transform the club over the past five and a half years, winning the Champions League and Premier League with the Reds.

However, he has experienced a difficult campaign in 2020/21 and will go trophyless following Liverpool’s exit from the Champions League at the hands of Real Madrid earlier this month.

The Reds are also struggling to qualify for next season’s Champions League, with Saturday’s 1-1 draw against Newcastle leaving them sixth in the Premier League, four points adrift of the top four.

Klopp stayed for seven years at both of his previous clubs, Mainz and Borussia Dortmund, but has come under increasing pressure at Liverpool in recent months, leading to speculation about his future. 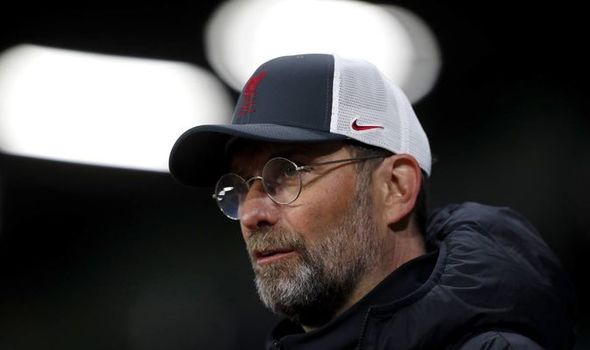 Hansi Flick recently revealed that he intends to leave Bayern Munich at the end of the season, despite having two years on his contract, meaning the German giants could be on the lookout for a new manager this summer.

Weidenfeller played under Klopp throughout his stint at Dortmund between 2008 and 2015 and believes the 53-year-old would be a good fit for Bayern.

“If the situation arises like this, I don’t know whether he will turn down a second Bayern offer,” Weidenfeller told Sport 1.

“Jurgen was already in conversation with Bayern before he landed in Dortmund.

“It’s the next step for Jurgen, as long as he still wants to be on the pitch every day.”

Klopp is contracted to Liverpool until 2024 and he recently insisted he would not resign in the wake of the controversial European Super League proposals.

“I’m here as a football coach and manager, and I will do that as long as people let me do that,” he said. “I heard that I will resign or whatever. If times get even tougher, that makes me even more sticky that I will stay here.”

Bayern Munich are seven points clear of RB Leipzig at the top of the Bundesliga, despite suffering a shock 2-1 defeat by Mainz on Saturday.

Bayern chief executive Karl-Heinz Rummenigge was set to hold talks with Flick over his future at the club after the game on the weekend.

“We have agreed that we will sit down after the game in Mainz,” he told BILD last week. “If we are to meet Hansi’s request, all parties have to work together to find a solution that FC Bayern is also happy with.”