The Champions League quarter-final draw reportedly drew an angry reaction from Eden Hazard when Real Madrid were pulled out to face Liverpool. Both Real and Liverpool have endured difficult domestic campaigns but Europe has proven to be a success so far for the two teams.

The Spanish outfit made light work of their last-16 tie against Atalanta, winning 4-1 on aggregate.

And Jurgen Klopp’s side were equally impressive against an in-form RB Leipzig team, keeping clean sheets in both ties.

Real and Liverpool were both favourites to progress to the quarter-finals, but it’s now crunch time in the Champions League with just eight teams left.

And the quarter-final draw threw up a number of fascinating match ups with Liverpool’s tie against Real attracting plenty of attention. 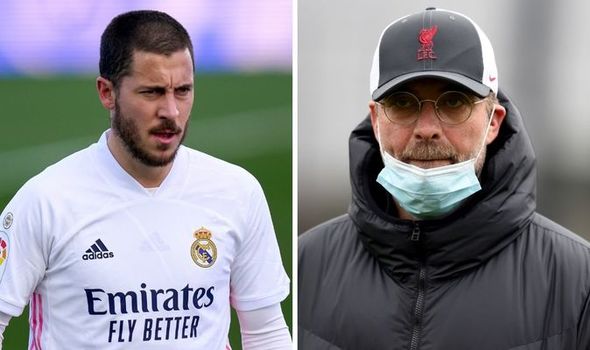 The two-legged tie will be the first time the teams will face one another since the 2018 Champions League final.

Cristiano Ronaldo has since left the Bernabeu while Liverpool have also made a few changes with Alisson, Thiago Alcantara and Fabinho the most notable signings at Anfield.

Hazard was Real’s marquee signing the following year to come in as Ronaldo’s replacement but it’s not worked out for the former Chelsea star so far.

He’s played just 35 games in nearly two seasons with injuries taking their toll on the Belgium international and an ongoing ankle problem looks set to rule him out for at least the first leg against Liverpool on April 6.

And according to DefensaCentral, Hazard was ‘very annoyed’ after the quarter-final draw was made because he’s unlikely to feature.

It is claimed that Hazard saw the match against defending Premier League champions Liverpool as a chance to make a name for himself at Real.

He had a good record against Liverpool during his time at Chelsea, scoring seven goals in 18 matches.

There is some suggestion that Hazard could be fit in time for the second leg on April 14. 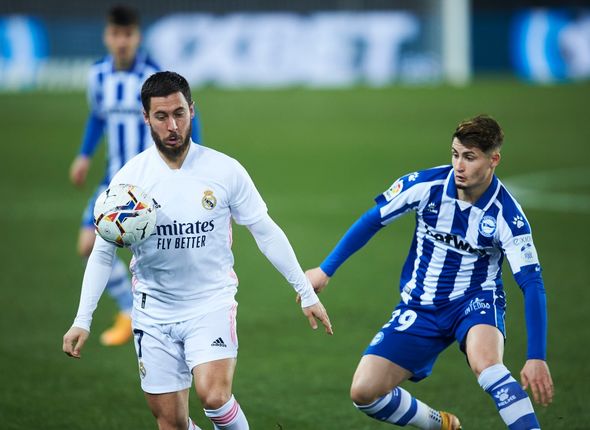 But Zinedine Zidane may well opt to stick with what has worked for his side in recent weeks with Vinicius Junior partnering Karim Benzema up top.

Real have won six of their last eight league matches to move them to within six points of Atletico Madrid at the top of the table.

However, Barcelona are the team in form in Spain at the moment having won an impressive 12 of their last 13 league matches.

Real currently sit third in the table but still have to play Barcelona in between the two legs against Liverpool.

It’s a week which could end up defining Real’s season and it appears as though Hazard is desperate to play his part.