Liverpool have reportedly made their stance on a move to sign soon-to-be free agent David Alaba abundantly clear. Jurgen Klopp has had to jiggle around his backline this season with 10 different centre-back pairings halfway through the campaign.

Long-term injuries to Virgil van Dijk and Joe Gomez, coupled with fitness concerns over Joel Matip, have left Fabinho as the only fit senior centre-back at the club.

Just last week, Klopp decided to partner Fabinho and Jordan Henderson at the heart of defence.

The decision to play both players, who are predominantly recognised for their abilities in midfield, in defence – particularly during the January transfer window – has only led to further speculation that Liverpool need to bring in cover this month.

A host of names have been linked with moves to Anfield such as Schalke’s Ozan Kabak. 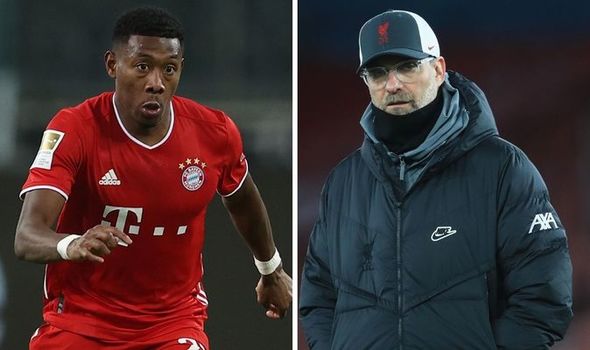 But the biggest star being touted for a move to Liverpool is Bayern Munich star Alaba.

The Austria international was expected to sign a contract extension with the German giants prior to last summer’s transfer window.

Negotiations broke down though with reports soon emerging that he’s set to run down his contract.

That sparked the interest from clubs all over Europe with the opportunity to land one of the world’s best defenders in a cut-price deal.

Liverpool’s name has been mentioned on several occasions in reports speculating Alaba’s next club, along with Real Madrid.

But The Independent claim that Liverpool have made it clear there is no deal in the pipeline to sign Alaba.

The report states a move for Alaba is ‘a hard no’, although it does say that Liverpool made contact with Alaba last summer.

However, that was reportedly only done for comparative reasons when approaching a deal for Thiago Alcantara. 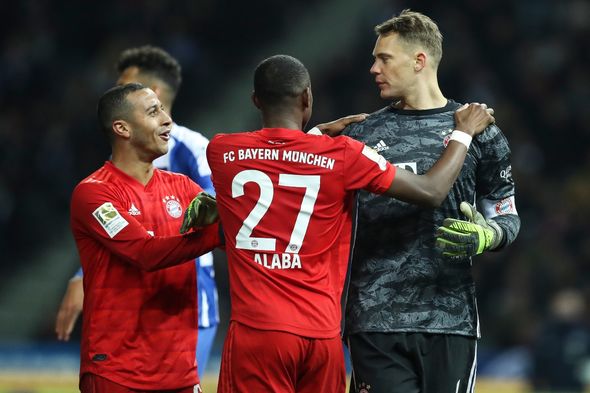 Liverpool’s previous appeal in signing Alaba was for his versatility at playing left-back, but a move for Kostas Tsmikas meant cover for Andy Robertson was no longer needed.

And while the Reds are big admirers of Alaba, they reportedly consider him to be too small at 5ft 9″ – roughly three inches shorter than Gomez.

There are said to be plans in place to bring in a defender in the future, but Liverpool’s preference is to sign a young, up-and-coming centre-back who will come in to replace Matip.

For now, Klopp seems content for the remainder of the season with utilising the likes of Nat Phillips and Rhys Williams as opposed to bringing in cover this month.