Steven Gerrard could be in the Anfield dugout this summer, but he won’t be replacing Jurgen Klopp as Liverpool manager. The legendary midfielder left Liverpool in 2015 to play for LA Galaxy before embarking on a managerial career – and the time has now come for him to return to Anfield.

While the majority of Reds fans will be concentrating on England’s campaign at the European Championships and Liverpool’s work in the transfer window, there are other concerns for the club.

Liverpool chiefs have been forced to change their plans for the team’s pre-season due to the coronavirus pandemic.

In recent years the Premier League’s Big Six clubs have flown far and wide to entertain their global fanbase and cash in on commercial opportunities.

Covid-19 has understandably reined in those ambitions, with Jurgen Klopp and his players likely to remain in Europe this summer.

While many of Klopp’s players are currently with their international teams for Euro 2020 and the Copa America, others have been given an extended seven-week break to recover from the most intense season in memory. 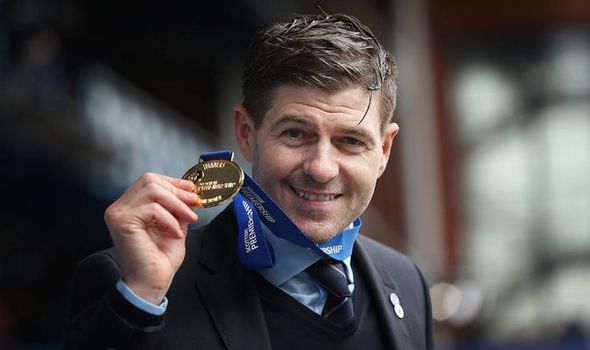 Pre-season will then begin for those non-international players on July 12, with a training camp in France or Austria planned, depending on government restrictions nearer the time.

Excitingly, a friendly against Rangers at Anfield is also being organised for late July, meaning a possible return home for Gerrard.

The move comes after Liverpool and Manchester United walked away from plans to play each other at Old Trafford in the build-up to the 2021/22 season.

The two rivals had been in talks to play each other on July 29, but the plans were scrapped after anti-Glazer family protests by United supporters forced their Premier League game to be postponed on May 2.

That means Rangers will fill the void, with Liverpool fans getting a first chance to see Gerrard the manager up close.

Marcus Rashford has already delivered his verdict on Raphael Varane

The Reds’ former captain enjoyed a hugely successful 2020/21 season in Scotland, leading Rangers to their first league title in 10 years.

Rangers left rivals Celtic in their rear-view mirror, picking up 102 points and conceding just 13 goals in 38 games to finish 25 points clear at the top of the table.

Even better, the occasion could be the first time since March 2020 that Anfield is at full capacity.

There were 10,000 fans in attendance for the final game of the season against Crystal Palace last month.

But, should coronavirus restrictions continue to be lifted, Liverpool v Rangers in late July could represent a return to some normality.