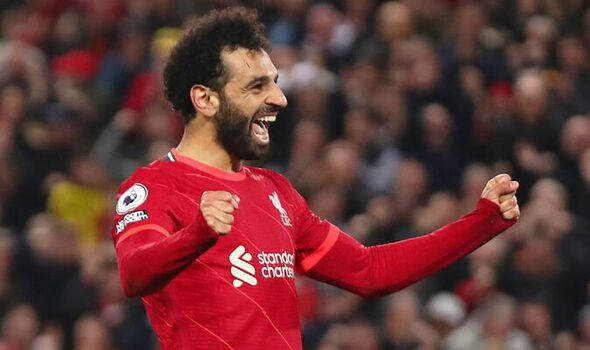 Mohamed Salah has been named the Football Writers’ Association Footballer of the Year. The Liverpool star has been handed the award for a second time following a sensational season for his club side.

Salah becomes only the ninth player to have won the award on more than one occasion. He received 48 per cent of the votes, beating Manchester City’s Kevin De Bruyne and West Ham’s Declan Rice.

De Bruyne and Rice were second and third respectively in the votes. Salah first won the award in 2018 and becomes the 75th man to win after Stanley Matthews was first given the honour in 1948.

Chelsea forward Sam Kerr has been named the Women’s Footballer of the Year. FWA chair Carrie Brown explained why Salah and Kerr came out clear winners.

Brown said: “Both Mo and Sam have been outstanding this season, breaking records for both club and country. As well as their performances on the pitch, they are leaders and standard bearers of excellence at their clubs and respective leagues.

“The fact they have won by such convincing margins underlines just how impressive they have been this season which has been recognised by our members.” Liverpool and City dominated the votes for the mens’ award.

Eight other Liverpool players received votes, while five other City stars were recognised. There were 31 players from 12 different clubs to have received votes.

Salah and Kerr will receive their awards at the Footballer of the Year Dinner on May 5.