Jurgen Klopp could bench Diogo Jota in favour of his go-to front three against Real Madrid on Tuesday night as Liverpool look to take advantage in their Champions League quarter-final against the Spanish giants.

The glamour tie sees two teams who have won a combined 19 European Cups go head-to-head with the first leg in Spain tonight at the 6,000-seater Alfredo Di Stefano Stadium.

Liverpool go into the game on a high after thrashing Arsenal 3-0 to revive their previously fading top-four hopes.

The reigning Premier League champions, who will soon lose their crown to Manchester City, have endured major struggles in 2021 but have now won three straight matches across all competitions for the first time since early November.

But opponents Real Madrid are unbeaten in 11 and are on their best run of the current campaign as they close in on rivals Atletico Madrid atop the La Liga table.

The 13-time European champions have plenty of experience in this competition, winning it three times on the bounce under Zinedine Zidane from 2016 to 2018, beating Klopp’s Liverpool in Kiev.

Express Sport looks at how Liverpool could line up against the Spanish heavyweights, with Jota potentially sitting on the bench to start with despite his goalscoring threat. 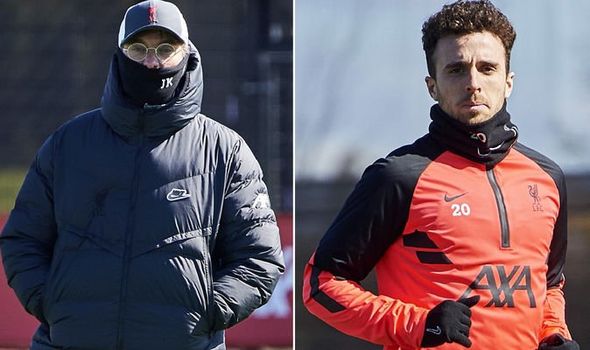 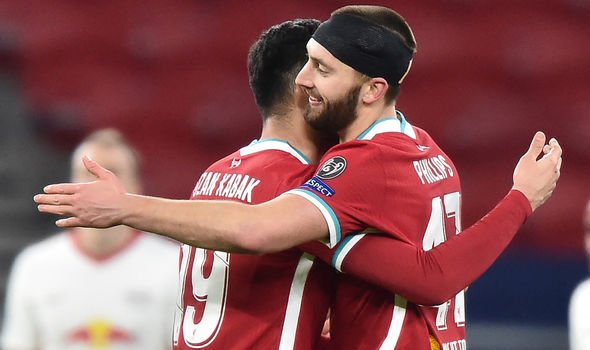 No shocks in goal as Alisson, having kept three straight clean sheets, starts between the sticks.

Alisson will be out looking to prove he’s one of the very best on the planet once more with two commanding displays against Los Blancos following some shaky recent performances.

He’ll have a job keeping the in-form Karim Benzema out with the Frenchman having scored in seven successive matches and racked up 24 goals this term.

Again, no surprises. The same back four that helped Liverpool beat Arsenal at the weekend when Trent Alexander-Arnold was in much improved form at right-back.

The local-born defender’s job will be made easier by the absence of Eden Hazard, who tormented Liverpool regularly when he played for Chelsea. 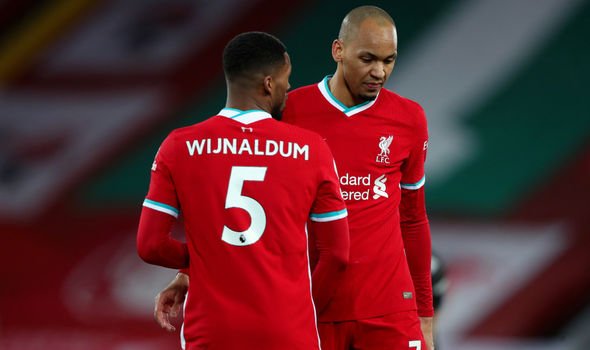 Ozan Kabak and Nat Phillips have kept four clean sheets in the four matches they have started alongside one another.

But they will be presented their toughest test yet by the clever Benzema, the fifth-highest Champions League goalscorer of all time with 70 strikes.

Andy Robertson will start at left-back and will hope to get at Lucas Vazquez if he starts on the right-hand side for Real Madrid.

Liverpool’s performances have significantly improved with Fabinho, who had a brief loan stint at Real Madrid Castilla in 2013 and made one first-team appearance, at the base of midfield.

The Brazilian will be entrusted with helping keep Benzema quiet as Liverpool look to win the midfield battle against experienced campaigners Toni Kroos and Luka Madrid.

Thiago Alcantara will bring the on-ball quality to feed the visitors’ front three in Madrid with the Spanish summer signing having been far better with Fabinho next to him.

Veteran James Milner started at Arsenal but having played the full 90 minutes will drop back to the bench here in favour of Klopp favourite Gini Wijnaldum.

The Dutchman was only a late substitute at the Emirates after playing three times for the Netherlands over the international break but will bring the energy out of possession to harass the older Real Madrid midfield. 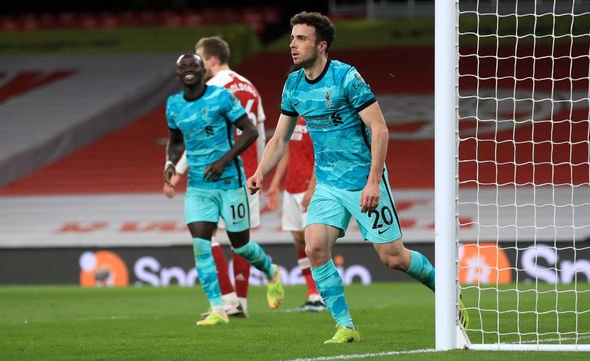 Though it would be hugely controversial to leave Jota out of the team after he scored twice at Arsenal and also netted three times for Portugal over the break, Klopp may do just that.

The 24-year-old has scored four of his 12 goals this season off of the bench and is a better game-changing weapon to have in reserve than any other.

Klopp could go with Roberto Firmino, though he has been largely poor this term, through the middle with Sadio Mane and Mohamed Salah either side.

Salah, who has scored 26 times this term, has a point to prove against Real Madrid after going off injured in their final meeting in Eastern Europe three years ago.

Mane has also underwhelmed this season but has been there and done it in Europe under Klopp, as have Salah and Firmino.

The German coach will hope his tried-and-trusted trio can reward his faith in them as they look to come away from the Spanish capital with a first-leg lead.