Liverpool manager Jurgen Klopp may be hoping that England manager Gareth Southgate does not try to tinker with Trent Alexander-Arnold’s position over the international break. The right-back has struggled defensively this season, and further time to focus on that side of his game will only be a benefit.

Serious questions have been asked of Alexander-Arnold’s defensive work so far this campaign, especially in the Champions League. The 23-year-old was caught slowly tracking back on several occasions and failed to sniff out danger at other times as well.

Offensively though, the Reds academy graduate has been as outstanding as ever, scoring once and setting up several clear-cut openings. It is Alexander-Arnold’s ability in the final third that has always caught the eye, so much so that Southgate gave him a spell in central midfield against Andorra last year.

Though Klopp may hope that the Three Lions boss does not repeat that trick again, giving his right-back further time to test himself against top-level opposition and get back to his best. Nations League games against Germany and Italy may come at the perfect time for the Liverpool star.

JUST IN: Liverpool ‘not afraid’ to end Arthur loan as Klopp left unimpressed 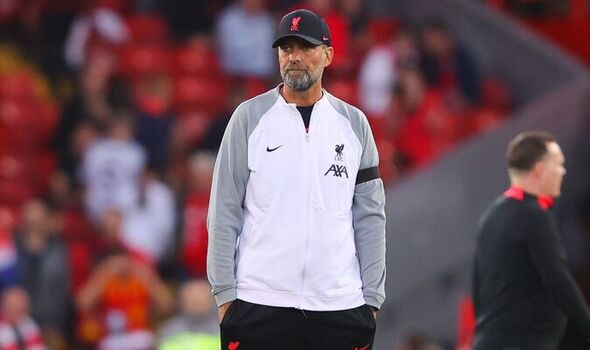 Alexander-Arnold spent a lot of his youth career in midfield but struggled against Andorra last October, telling talkSPORT: “It’s a new role for me, a bit different, I think there’s been a lot of questions being asked whether I can or cannot play in there and a lot of opinions being voiced over the last few weeks. 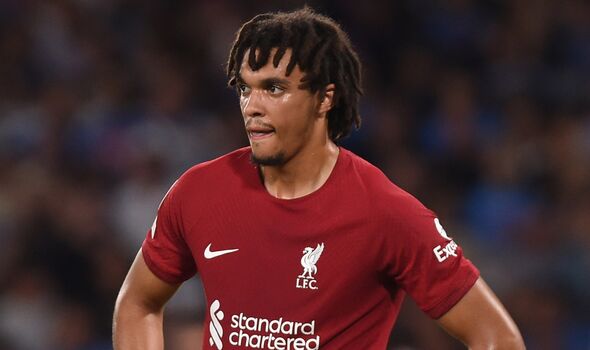 “The only difference was I was starting in there (in midfield) and it was a bit more difficult to really find the space that I wanted to.” Liverpool have made a shaky start to the campaign with two wins and three draws from their opening six league matches, looking like a shadow of the side that pushed Manchester City to the wire last season.

After the sale of Neco Williams to Nottingham Forest, in a deal worth £17million, it has left Alexander-Arnold as Liverpool’s only fit right-back with Calvin Ramsay still unavailable. Both Joe Gomez and James Milner have been deployed in the role previously though, and if Klopp’s first-choice option does not improve soon then he could opt for some squad rotation.