Home » Soccer » Luis Suarez: It’s normal that Barcelona are looking for a new No 9

Luis Suarez insists it is normal that Barcelona are searching for his replacement, despite his fine form.

The Uruguayan stole the show during El Clasico on Sunday, scoring a hat-trick as the Catalans thrashed Real Madrid 5-1.

Despite his scoring record this season, seven goals in 14 appearances, Suarez is under no illusions that his time at the Nou Camp will not last forever. 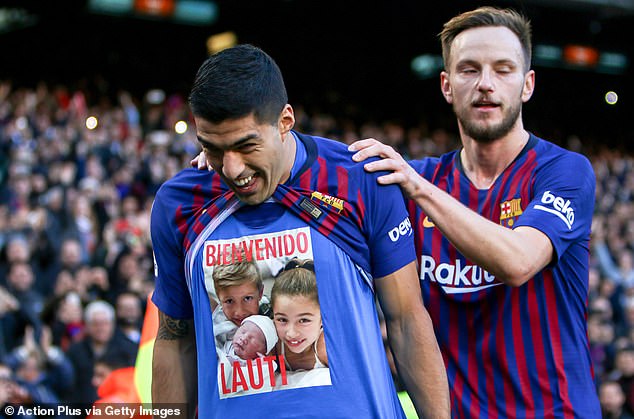 Luis Suarez has been in impressive form for Barcelona this season, scoring seven goals to date

The hierarchy at the club are ruthless when it comes to moving players on, with Ousmane Dembele the latest star who will reportedly be shown the door in January.

And former Liverpool striker Suarez admits he does have an expiration date when it comes to life at the Spanish champions.

Perhaps showing his age a little, Suarez has moaned about the introduction of new technology into football, specifically that of VAR.

Speaking in the same interview about the problems of checking the legitimacy of each and every goal, he complained: ‘You lose a spark.

‘At even the slightest doubt defenders raise their hands and the forward doesn’t celebrate because of possible doubts. Later if they give you the goal as valid, you don’t do it anymore.

‘The adrenaline of celebrating a goal is divine, and VAR takes those little things away.’ 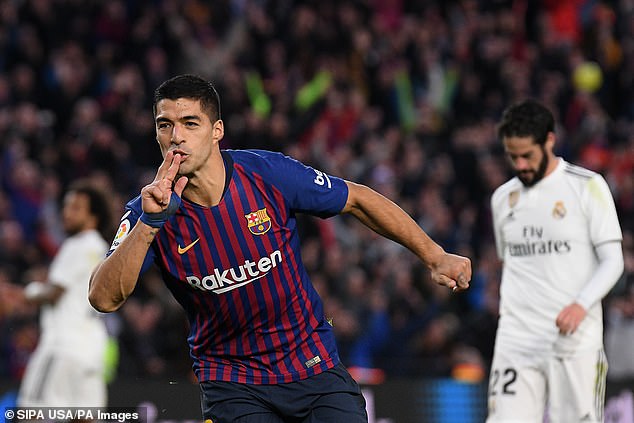