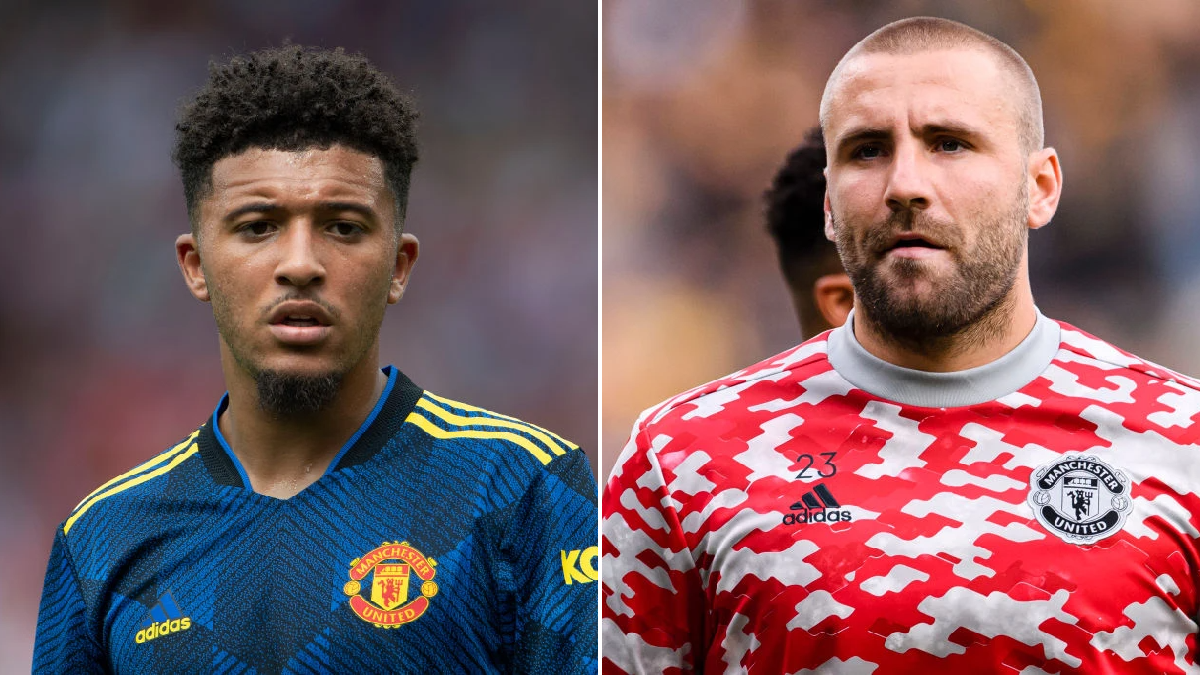 Luke Shaw is confident Jadon Sancho will go to ‘the very top’ despite the underwhelming start to his Manchester United career and says fellow summer signing Cristiano Ronaldo has already ‘raised the levels’ at Old Trafford.

England international Sancho is yet to score or assist for the Red Devils following his £73m move from Borussia Dortmund over the summer.

But Shaw does not believe his team-mate is ‘struggling’ and says it is just a matter of time before he hits the ground running at the Theatre of Dreams.

‘Sometimes, for people, it takes time,’ Sancho told talkSPORT. ‘But I wouldn’t say he’s struggling at the moment.

‘He’s working extremely hard behind closed doors and training really well and looking really sharp. He just hasn’t had that bit of luck that sometimes you need for your first goal or first assist.

‘But I’ve got no doubt in my mind, it’s coming. The talent he has is unbelievable, he can go right to the very top.

‘It’s just about him staying focussed, keep doing what he’s doing in training and working hard. His time will come.’

Sancho enjoyed four successful season at Dortmund before moving to Manchester United, scoring 50 goals in 137 appearances for the Bundesliga club.

His £73m summer move to Old Trafford was overshadowed by Portugal legend Ronaldo’s sensational return to the Premier League.

Ronaldo has scored five goals in six appearances for United and Shaw says he has ‘raised the levels’ at the club.

‘He’s definitely raised the levels,’ the 26-year-old said. ‘I think there’s no question why he’s been one of the best players in the world over the last ten years.

‘The way he conducts himself, the standards he sets, and his mentality is one of the best I’ve ever witnessed.

‘It’s only good for us as teammates to be surrounded by someone like that, who will only raise the bar. We need to follow that. Everywhere he goes, he wins, and that’s why – because the standards he sets are so high.

‘We need equal those standards and push in the right direction with him and as a team.’

Shaw, who is currently part of England’s squad for the upcoming World Cup qualifiers, added: ‘I haven’t had to mark him yet.

‘But he’s very sharp, always in the right position to score the goals, and his movement is one of the best I’ve ever seen.

‘It’s no surprise he’s scoring goals and he has been for many years because he’s always in the right place at the right time. That’s a sign of a world-class player.’