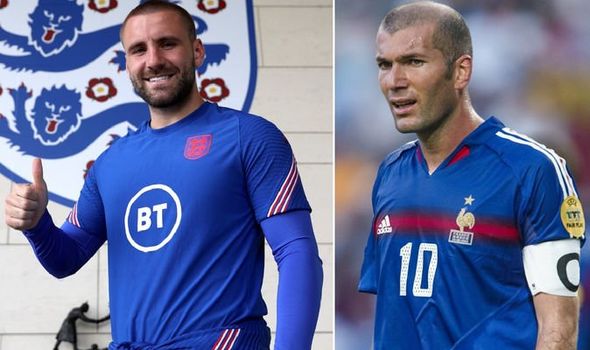 As an illustration of England’s unexpected flowering from binary grinders into Euros free spirits over 90 glorious minutes against Ukraine, Luke Shaw found himself being compared to Zinedine Zidane.

England’s 4-0 splurge in Rome doubled their goal tally for the tournament with Shaw’s precision second-half deliveries allowing Harry Maguire and Harry Kane to put the match to bed comfortingly early.

It sprang to light afterwards that the Manchester United left-back produced more assists in the space of those three minutes 51 seconds in Rome than the great Frenchman did in 14 appearances at the Euros.

“A very strange stat!” said Shaw, after being informed he had edged out Zidane 2-1. “Obviously Zidane was one of the best midfielders ever and I can’t compare to him.

“It is a nice stat to obviously hear but the most important thing for me was reaching the semi-final, getting another game at Wembley in front of our own crowd and hopefully making them happy again.

“Of course our aim was obviously to get in the semi-final but I think we produced an extremely good performance. 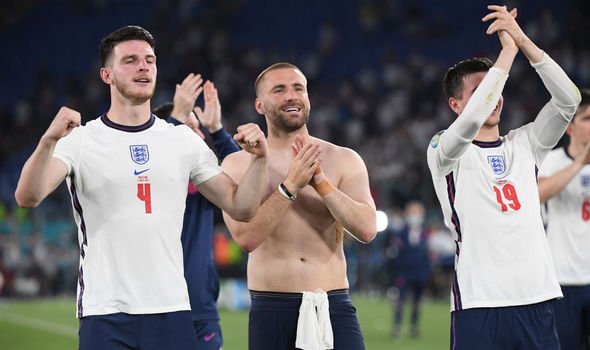 “And we don’t want to stop here. We want to keep going so that’s our main aim.”

What with his assist against Germany, Shaw has been England’s most potent creative force in the knockout stages. His combination with Raheem Sterling down the left asked questions of Ukraine they were unable to answer.

With Jadon Sancho causing similar distress down the right, England were a much more fluent attacking proposition than in the group stages.

What remained consistent though was the clean sheet, England’s seventh in a row. Jordan Pickford became the first goalkeeper to keep five in succession at the start of the Euros, matching the major tournament football record of Italy’s Walter Zenga at the 1990 World Cup.

“The foundation of our team is keeping clean sheets and as defenders it makes us very proud to hear stats like that,” said Shaw.

“I think the concentration in the defence has been unbelievable and of course that starts with Pickers. But it’s not just the defence. I think you can see it from the whole team. Everyone puts in the hard graft.

Denmark will be awkward semi-final opponents having won at Wembley as recently as last October but England’s confidence is rightly high. 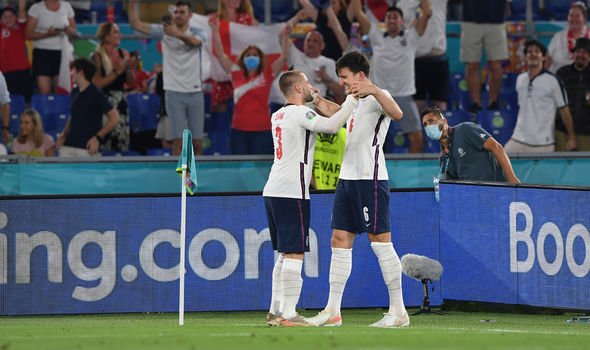 The Danes were the opponents Shaw made his debut against as an 18-year-old in 2014, replacing Chelsea legend Ashley Cole at half time.

If the international career that early introduction promised did not progress as smoothly as he might have hoped – Saturday was just his 14th cap – he has timed his second coming perfectly.

England have never reached a Euros final before and they now stand just 90 minutes away.

“We want to create our own history,” said Shaw. “Denmark are a very good side – we’ve seen that of course – but it’s down to us.

“It’s down to the way we perform. We need to keep the same mentality – that we want to win every game and make the nation proud.”