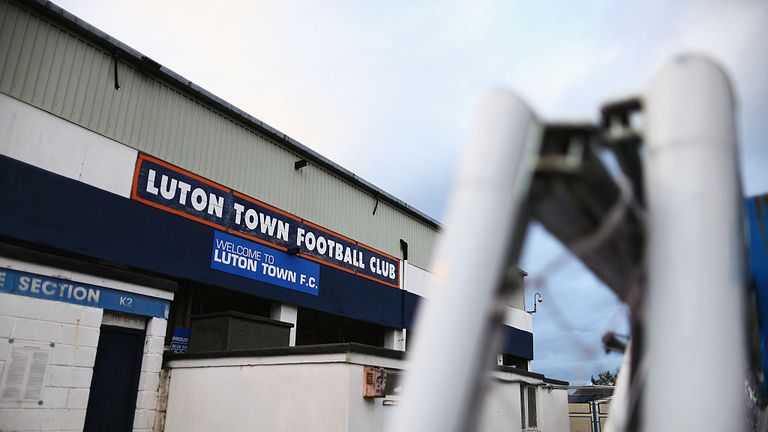 Luton Town are waiting on a police report after concluding their own investigation into allegations of racist comments made towards an Accrington player and finding no evidence to support the claims.

Officials from the League One club have spoken to a number of spectators seated around the alleged use of a racist term during Tuesday night’s game at Kenilworth Road.

Their investigation has found no evidence to support the allegations but they continue to assist Bedfordshire Police with their own probe.

A Luton statement read: “Regarding the first incident, as part of our own investigations, club officials have interviewed a number of supporters in and around the press box and invited others to comment, we have listened carefully to audio coverage and liaised with the police continuously.

“The club has found no evidence to back up the accusations and we await police advice before conclusion, however, we will need to discuss the matter with an elderly gentleman supporter about using bad language – which was not racist – when he was in the stadium.

“Regarding the second incident, despite not being in receipt of a complaint, we took it upon ourselves to investigate it because we take such accusations, whether direct, indirect or via social media, very seriously.

“Club officials have now listened carefully to as much commentary and audio as we possibly could and have consulted trusted supporters’ groups and spectators who were in that area, many of whom have responded to say that nothing racist, as has been alleged, was chanted towards any player on the pitch.

“The club has found no evidence to back up the accusations and we await police advice before conclusion.

“Any Luton Town supporter found to have made discriminatory comments will have sanctions imposed by the club and offered educational help on such an important issue.

“We take the allegations extremely seriously and will continue to help Bedfordshire Police with their enquiries. We will update supporters again when those further investigations have been concluded.”