Lyon want to sell Xherdan Shaqiri just four months after signing him from Liverpool, according to reports in France.

The French side brought Shaqiri to the club in August, paying the Reds £9.5million for the versatile attacking midfielder’s signature.

And according to L’Equipe, Lyon are keen to move the Swiss on after just 13 games in their colours. 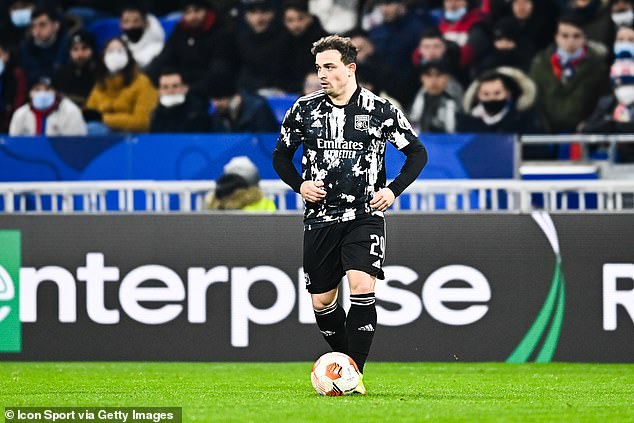 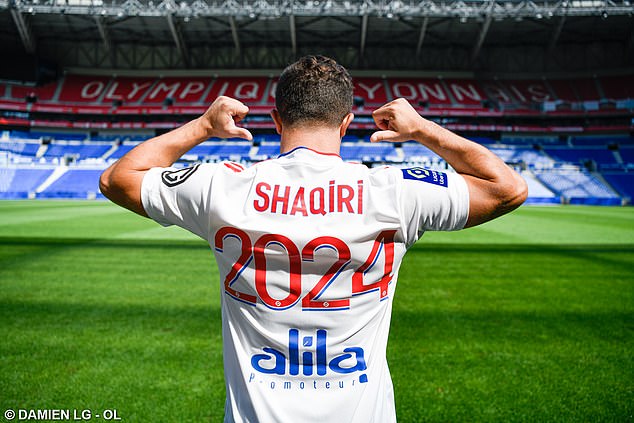 The Swiss international signed a bumper three-year deal on a reported £300,000-a-month

Jurgen Klopp’s side signed the diminutive former Bayern Munich and Inter Milan star from Stoke in 2018 and he quickly became a useful squad player, frequently coming off the bench and having an impact.

The 30-year-old left Anfield with a record of eight goals in 63 appearances in all competitions, having won a Premier League, Champions League, Super Cup and Club World Cup title.

However in just over a dozen games for his new club, which have only brought one goal, Lyon have reportedly decided they are willing to let him go. 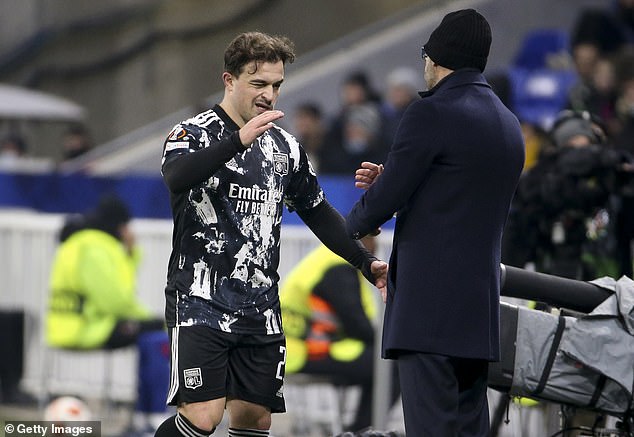 Given the club’s financial issues, moving him on could be a prudent move for Peter Bosz’ side.