‘That touch is everything’: Riyad Mahrez sends fans into a frenzy after controlling Said Benrahma’s cross-field pass with his HEEL before scoring Algeria’s second goal in Africa Cup of Nations qualifier against Zimbabwe

Riyad Mahrez has sent fans into a frenzy after scoring an incredible solo effort for Algeria in their 2-2 draw with Zimbabwe.

Just days after scoring another brilliant goal against the same opponents, Mahrez somehow went one better after he showcased his skills to put Algeria 2-0 up in their Africa Cup of Nations qualifier on Monday.

Following a failed attack at the visitors’ goal, West Ham star Said Benrahma darts towards with the halfway line before he is quickly surrounded by four Zimbabwe players. 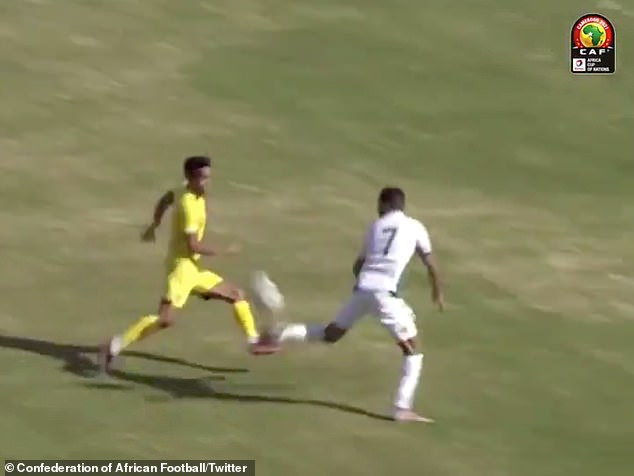 Having seen Mahrez make a run of the other side of the field, Benrahma launches the ball across the field towards the Man City star in the hope he can do something with it while being closely marked.

In a moment of brilliance, Mahrez beautifully plucks the ball from out of the sky by controlling it with his heel, sending it ahead of him and into the Zimbabwe box to set up a chance for himself to score.

The 29-year-old still has plenty of work to do, though, as he looks to evade his man in the box. 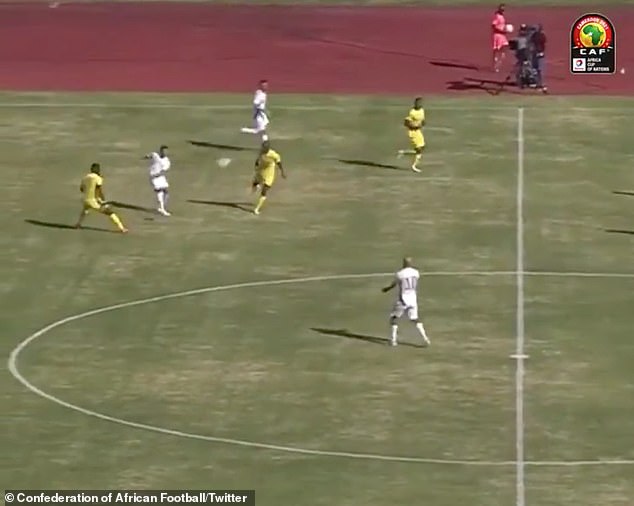 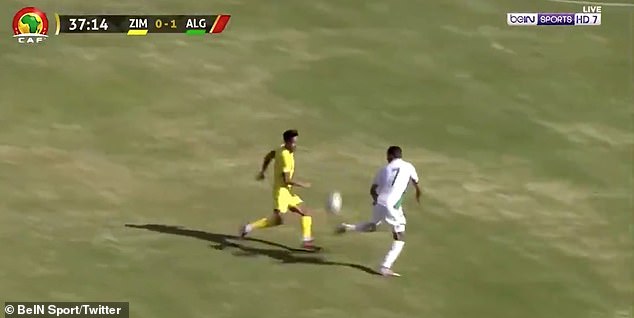 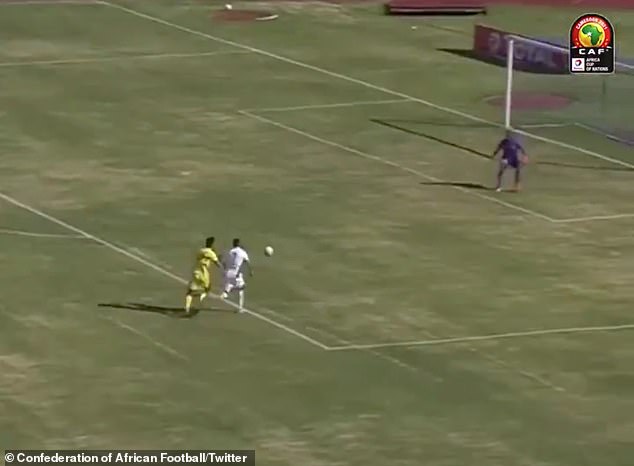 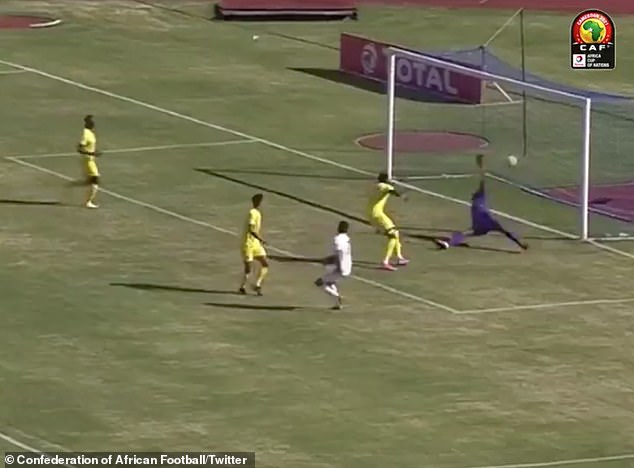 After faking out his marker, Mahrez cut back in on his right foot to blast home in the first half

Showing off his neat footwook, Mahrez then cuts inside on his left foot to shoot before dummying, which leaves his marker on his backside before cutting back on to his right and firing the ball home.

His sublime effort left fans in complete awe who took to social media to praise him for his strike.

Mahrez left fans in awe following his piece of skill, with his touch being described as ‘exquisite’

One fan insisted that Mahrez’s touch was ‘everything’ with others in total agreement.

City fans also took notice, with many hoping the Algerian will be able to start against Tottenham after the international break.

Another added: ‘Brilliant goal from Mahrez that… the touch/flick is filth but we expect it from him as he genuinely is in the top 3 most skillfull players in the league. Big run of games coming up for him with us.’

While Mahrez’s brilliant bit of skill put Algeria two goals up in the first half, Djamel Belmadi’s men threw away their lead after Knowledge Musona and Prince Dube netted to rescue a point for the hosts.

Algeria remain top of Group H with 10 points from four games, while Zimbabwe move up to second in the four-team group thanks to the draw.