Manchester City boss Pep Guardiola was in no mood to discuss Aymeric Laporte’s injury after the Frenchman hobbled off after half an hour on Wednesday. City beat Real Madrid 2-1 on Wednesday night in the Champions League.

Laporte suffered another setback on Wednesday night after a torrid season.

The Frenchman was taken off after just 33 minutes at the Bernabeu, having only recently recovered from a knee injury.

Laporte missed the lion’s share of the season so far, as he sat out from mid-September to late January through the knee problem.

And he looked to have a further issue on Wednesday night as he hobbled off in the 2-1 win. 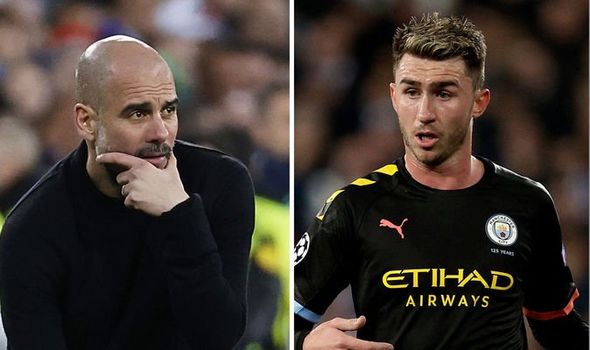 Fernandinho came on in his place, as City launched an impressive comeback to come from a goal down to earn a valuable win in the Bernabeu.

Nicolas Otamendi played alongside the Brazilian as City put in a solid performance, and is likely to keep his place in the team going forward, especially if Laporte’s injury keeps him out.

Speaking after the win, Guardiola was reluctant to open up on the length of the Frenchman’s time out.

“He’s had four or five months and it’s a problem when you come back, and he came back in this demanding game, it’s a pity.

“We dreamed to be with him until the end.

“Unfortunately, we’ve suffered a lot in this department.

“But, with John [Stones], with Nico [Otamendi] and Dinho [Fernandinho] we’ll go through.” 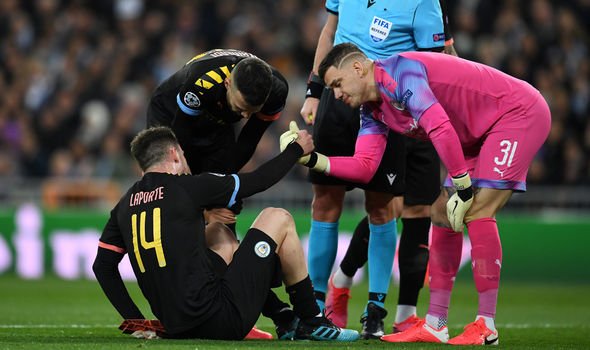 City are expected to dip into the summer transfer market to reinforce their options at the back.

But Arsene Wenger has warned that there are few opportunities to buy good qualify centre-backs in the transfer market.

He told beIN Sports: ““I think Man City spent a lot of money on defenders. If you look over four or five years they spent a huge amount of money.

“That shows that it’s not easy to find the defenders who strengthen their team. Everybody is looking for defenders. When I was at Arsenal everybody says “Well you have to find defenders” but we’re sitting there saying; ‘well, big defenders are not anymore easy to find even with a lot of money’.” 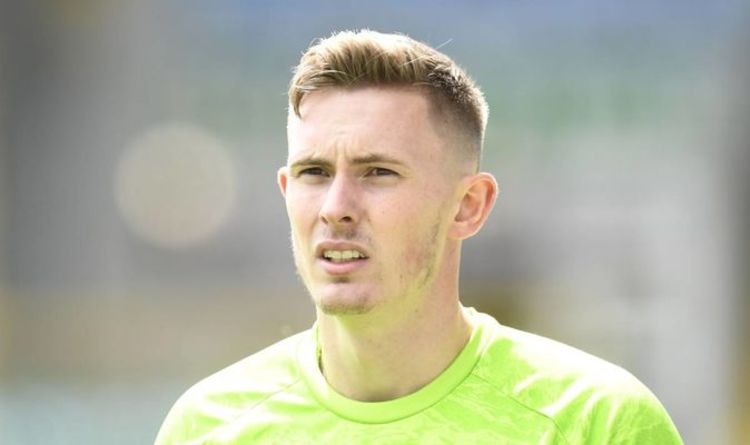