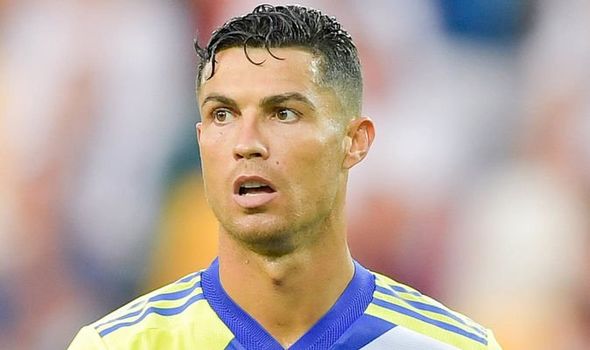 Manchester City need clarity over a fee for Cristiano Ronaldo and wages before pushing ahead with plans to sign the Juventus star, reports say. The Portugal international has previously insisted he’d never play at the Etihad Stadium. But Pep Guardiola may now broker a deal for the Manchester United hero after Harry Kane made it clear he’d be staying at Spurs.

City have spent the whole summer chasing a deal for Kane.

But any potential signing of the Tottenham striker won’t be happening, now, after he announced he’d be staying put.

Now, ESPN claim City are open to signing Ronaldo in the wake of their failure to sign the England international.

But that hasn’t stopped City from eyeing a deal amid uncertainty over his Juventus future.

However, the publication states that two criteria must be addressed if the reigning Premier League champions are to pull off a major coup.

The first is a transfer fee.

City won’t want to break any records when it comes to signing Ronaldo, with an amount in the region of £30million previously being mooted.

They’ve already splurged the bulk of their budget on Jack Grealish, signing the England playmaker from Aston Villa for £100m.

And though they were ready to go big for Kane, it’s not the same with Ronaldo – despite his obvious pedigree.

The second thing City would have to overcome is the 36-year-old’s salary.

Ronaldo is currently a high earner on a salary of £26million a year and City don’t want to break their current wage structure in order to sign him.

Should they be able to overcome both barriers, however, then it’s possible Ronaldo will make a dramatic move to the Etihad Stadium.

And, for United, that would be a hammer blow.

Firstly, because of his legacy at Old Trafford. Despite leaving aged 24, he’s regarded as one of the best players to ever wear their iconic red and white colours.

And, secondly, because Ronaldo joining City would directly damage their hopes of Premier League title glory.

Ronaldo previously said it would be difficult to join Guardiola’s side, saying in 2013: “To play for City not United? I’m not going to do that.

“Why? Because my heart’s in Manchester United, that’s why.

“Very difficult because of Manchester United.”

But things have changed now.

Ronaldo appeared to say goodbye to Juventus at the end of May, saying in a statement: “The life and career of any top player are made of ups and downs.

“Year after year, we face fantastic teams, with extraordinary players and ambitious goals, so we always have to give our best to keep ourselves at excellence levels.

“This year we couldn’t win Serie A, congratulations to Inter for the well deserved title.

“However, I have to value everything that we achieved this season at Juventus, both in collective and individual terms. The Italian Super Cup, the Italian Cup and the Serie A Top Scorer trophy fill me with happiness, mainly due to the difficulty they carry with them, in a country where nothing is easy to win.

“With these achievements, I reached a goal that I had set myself since the first day I arrived in Italy: to win the Championship, the Cup and the Super Cup, and also to be Best Player and Top Scorer in this great football country filled with tremendous players, giant clubs and a very own football culture.

“For those who don’t understand what I mean by this, it’s very simple: football is a collective game, but it is through individual overcoming that we help our teams achieve their goals.

“It is always looking for more and more on the field, working more and more off the field, that records eventually emerge and collective titles become inevitable, some being the natural consequence of the other.

“Nothing compares to the feeling of knowing that I’ve left my mark in the countries where I’ve played, and that I gave joy to the fans of the clubs I represented.

“Thanks to everyone who took part in this journey! We stand together!”