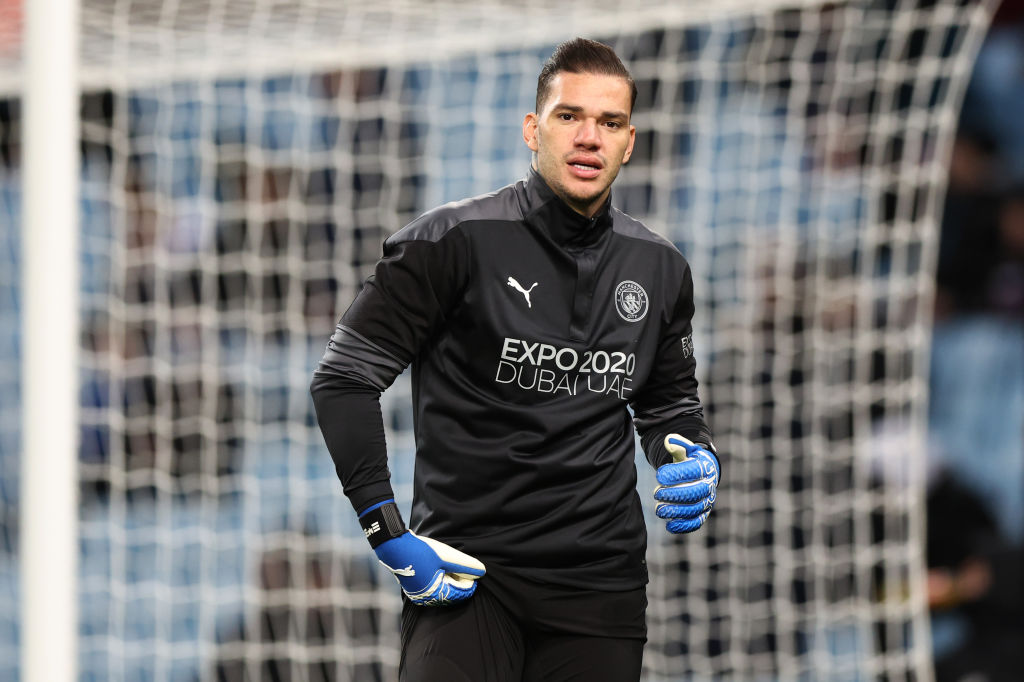 Manchester City goalkeeper Ederson believes that Manchester United and Arsenal are still in the Premier League title race this season.

United currently sit in sixth place in the league table and 11 points adrift of league leader City after 15 matches.

But since his dismissal, they have won two and drawn one of their next three fixtures against Chelsea, Arsenal and Crystal Palace – with new interim boss Ralf Rangnick taking charge of the latter.

Meanwhile, Arsenal currently find themselves a point behind United in seventh after disappointing defeats against United and Everton in their last two matches.

City sit top of the league table on 35 points, with Liverpool one point behind on 34 points and Chelsea third on 33 points.

But despite many fans and pundits believing that it is a three-horse race for the title this term, Ederson has refused to rule out United and Arsenal.

‘United has strengthened well, Liverpool, Chelsea too. You look back and other quality teams are coming as well,’ he told ESPN Brazil.

’When fans look, they talk about a fight between the three, but Arsenal have grown a lot, United will boost morale, so they have to be prepared for anything that may happen.

‘We have to give our all, win game after game, because up front, when you win the Premier League, it’s a unique feeling.’