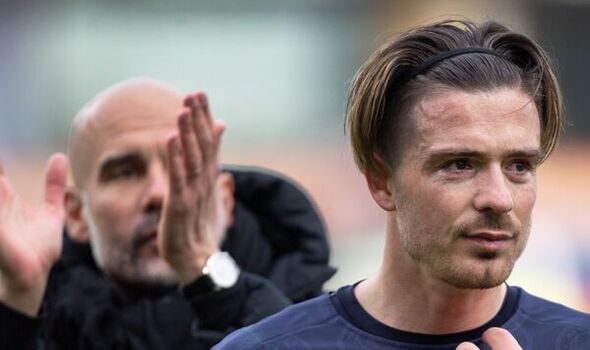 Jack Grealish plays his best football when he is true to his free-spirited nature and that, at the moment, is when he is with England rather than Manchester City. The game-changing cameo off the bench against Germany in Munich on Tuesday night served up a vivid reminder as to why the English champions broke the British transfer record to buy the 26-year-old.

It was the type of impact Grealish has made all too rarely in a quiet first season at the English champions since his £100m move from Aston Villa. He was honest enough to admit as much afterwards.

“The manager asked me to go on and be myself and try to create and that’s what I did,” said Grealish. “I feel at times I’ve played a bit safe at City but when I come here I feel like even in training I feel like I score goals, get assists and whatnot. It’s hard to explain. I do feel like I play with a lot more freedom here and hopefully I can transfer that into my club football and keep on improving.

“I feel like I can get more goal involvements and hopefully I’ll do that next year.  The freedom is more in myself. Honestly, I’m enjoying myself at City but I love coming away here. When we come away here, everyone loves it, from the staff to the players, we all get on like a family and I feel like that’s why we’ve been so successful over the last couple of years and even before I was in the squad, at tournaments.”

Where Southgate has given Grealish his head when he has used him at international level, Pep Guardiola’s more detailed directives have taken some getting used to for Grealish. He is not the first player to find that but the size of his transfer fee has meant he has been under more scrutiny than most.

“They’re two different managers so it’s always going to be difficult,” said Grealish. “Pep’s a lot more structured. You can’t complain because of what he’s done in the game and how successful he is whereas with Gareth – obviously you have a formation and a structure – but he says to me: ‘if you feel like you need to go to the other side of the pitch to get the ball then go and do that.’”

While Grealish was at the centre of the celebrations on the victory parade through Manchester, he was an unused substitute in the pivotal final game of the season against Villa. It summed up a tricky bedding-in season of just three goals and three assists in 26 Premier League appearances.

However with a winners’ medal to call his own at its conclusion, he insists he has no regrets over his move. “I feel happier,” he said. “That’s why I went to City, to win titles, and honestly that was one of the best days ever. I think it’s something I’ll never, ever forget because it was my first.

“I won the play-offs with Villa but we didn’t win the league, whereas here, at City, we won the league, and it was unbelievable. I’ve got to try and build on that. That’s my first one, so hopefully a few more.”