Manchester United beat Reading 2-0 as the 2021-2022 Women’s Super League season kicked off in front of the Sky Sports cameras.

The Red Devils, who finished fourth last term, are looking to challenge for a place in the Champions League and got off to the perfect start under new manager Marc Skinner.

Kirsty Hanson opened the scoring in 39th minute when she raced on to Ella Toone’s through ball to calmy finish past Grace Moloney in the Reading goal. 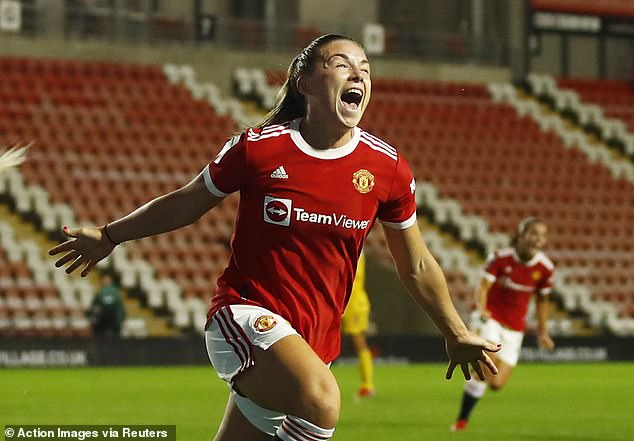 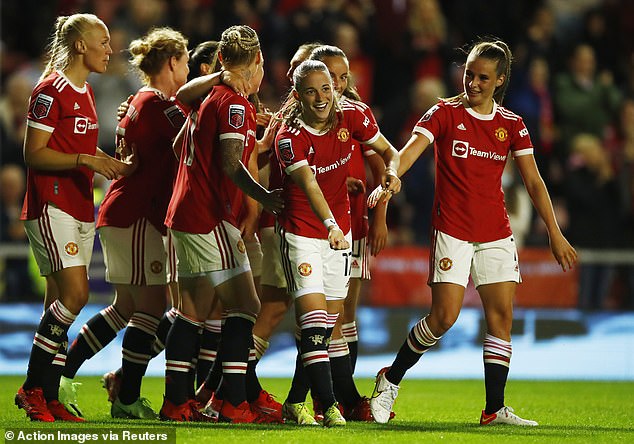 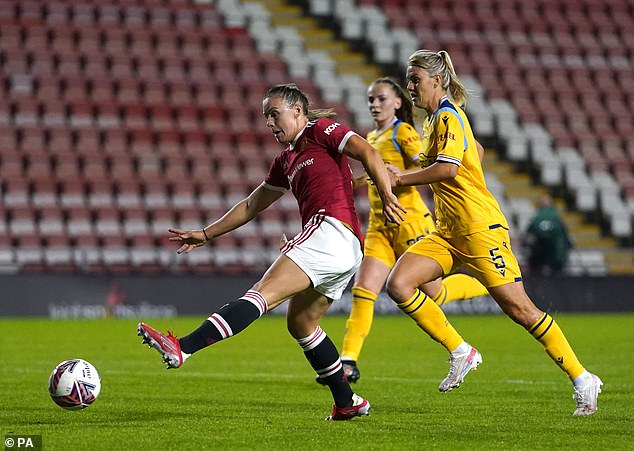 The Royals thought they had equalised shortly after half-time when Brooke Chaplen’s fierce shot crashed off and on to the goal-line. Replays suggested the ball had crossed the line but the officials were unmoved.

That moment proved decisive with United getting a crucial second goal just three minutes later. Toone was again the provider as she teed up Ona Battle on the edge of the box, with the full-back firing a powerful shot into the top right corner.

After players from both teams took a knee prior to kick-off, prompting applause from the crowd at the stadium, Kelly Chambers’ Reading made a lively start that included Chaplen hitting a shot over. 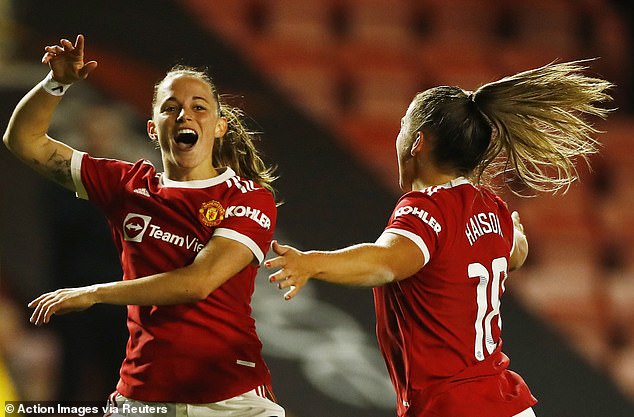 United’s first real chance came in the 22nd minute when the visitors miscued as they tried to deal with a ball into the box and Grace Moloney’s attempted punch fell to Leah Galton, who was unable to get her strike on target.

With the home side starting to find some rhythm, Lucy Staniforth – having been booked for a challenge on Reading skipper Natasha Harding – then sent a shot off-target from just outside the box.

And soon after United were in front as Toone played a delightful through ball and Hanson slotted into the corner of the net.

Reading’s subsequent search for an equaliser saw Chaplen crack a shot against the United bar six minutes into the second half. 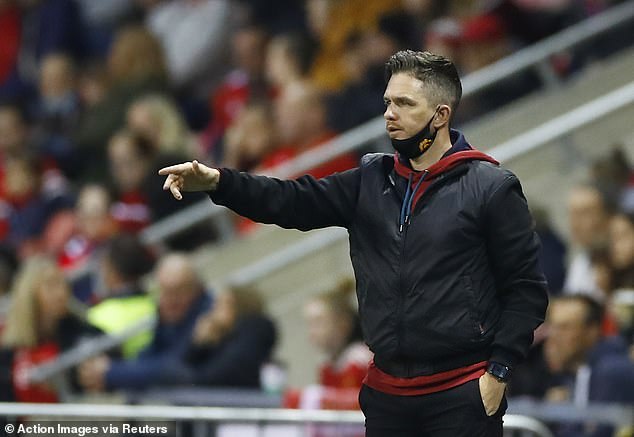 It was the perfect start for new United boss Marc Skinner, who was appointed this month 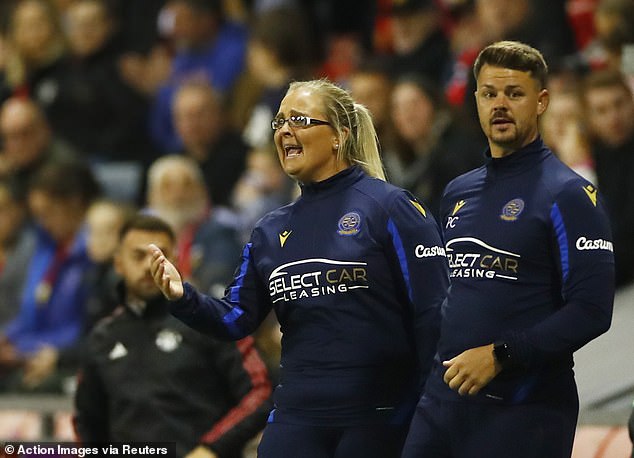 As the ball came down off the bar and bounced it looked as if it had possibly crossed the line, but referee Abigail Byrne and her assistants allowed play to continue.

Moments later, United doubled the advantage as Batlle received the ball from Toone and sent a fine shot high past Moloney.

United might have added further to their lead, with substitute Martha Thomas sending two efforts wide.