Manchester United stars braved the chilly conditions on Saturday as they prepared for the visit of Everton on Sunday.

Paul Pogba and Alexis Sanchez wrapped up warm in woolly hats, snoods and gloves to fight the cold snap.

Jose Mourinho’s side host Everton at Old Trafford, looking to bounce back from a difficult week that has seen them fail to build on the win over Newcastle. 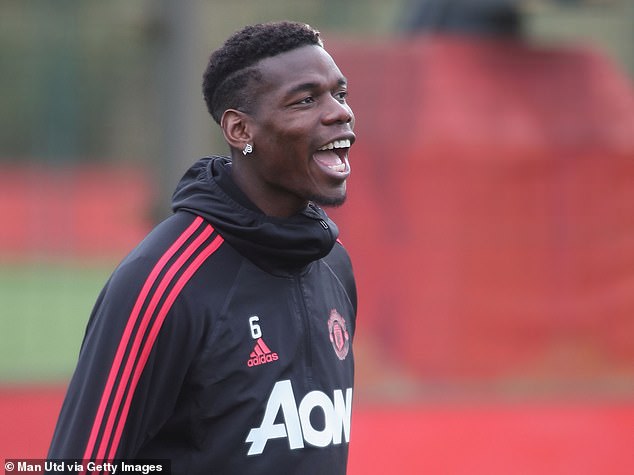 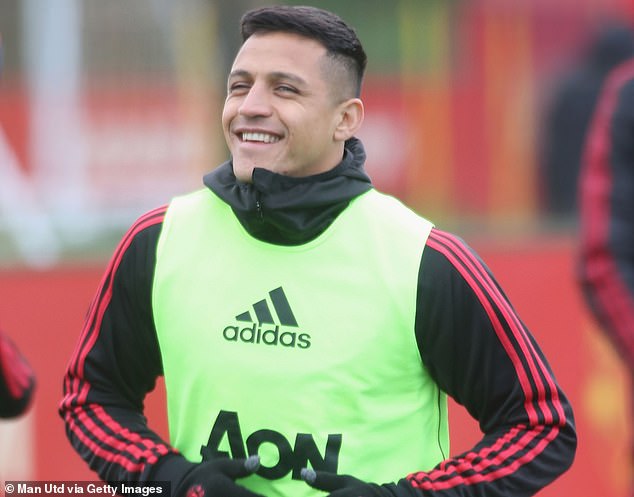 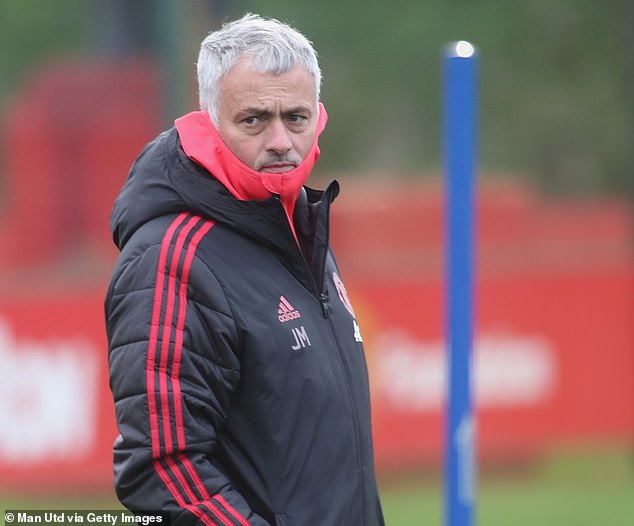 United were pegged back in the last minute of added time by Chelsea last weekend, and limped to defeat at home to Juventus in the Champions League on Tuesday.

They sit 10th in the table with just two league wins in their last five and could find themselves 12 points off the pace by kick-off.

Sanchez trained despite being ruled out of the contest by Mourinho due to a groin strain. ‘He’s struggling because he’s injured’, said the manager.

‘He came into the Chelsea match to try to help the team but his physical condition was not good and then he had to stop. He is the kind of player that needs to be really, really sharp.’ 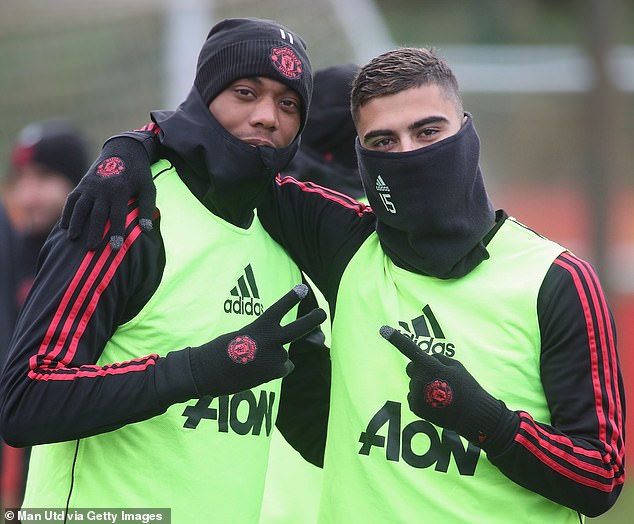 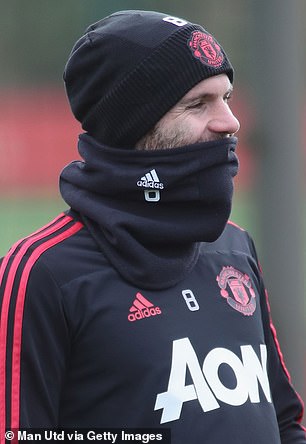 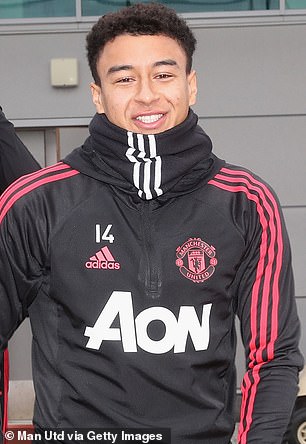 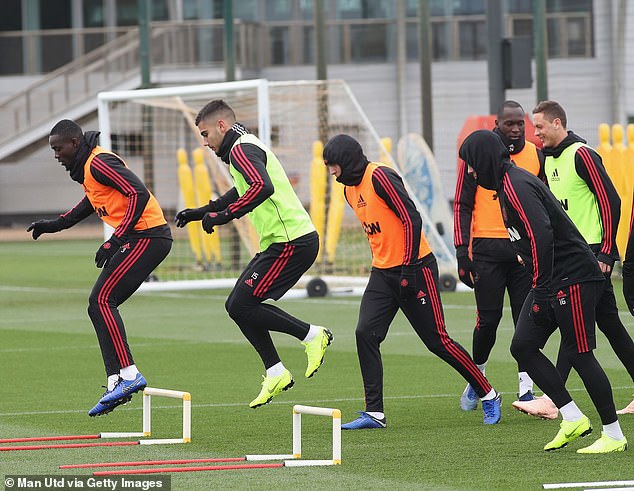 On Friday Mourinho backed his misfiring striker Romelu Lukaku, who has failed to find the back of the net in his last eight games.

‘I always feel that every game [that he will come good],’ Mourinho said of the Belgian.

‘One day he will score and one day his confidence levels will be back to normal, which clearly they are not there. But I always feel that.’