Manchester City are set to enter into a bidding war with Chelsea and Manchester United for Erling Haaland this summer, though Pep Guardiola insisted on Friday that the Premier League leaders don’t have enough money to sign him. However, Chelsea and United should be wary about believing the Spaniard.

Haaland is set to be the most sought-after player in world football this summer.

The Norwegian wonderkid is expected to leave Borussia Dortmund at the end of the season, with a host of clubs interested.

His agent, Mino Raiola, has recently claimed that up to ten teams are interested in signing him, with four of those being Premier League clubs.

Raiola travelled to Spain on Thursday to hold talks with Real Madrid and Barcelona officials, and it is believed that his preference would be to move to La Liga. 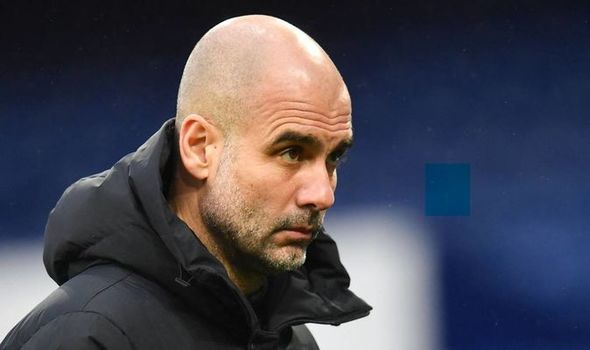 Haaland is believed to have been a City fan as a youngster, and as a result the Premier League leaders are expected to be leading the way for his signature.

However, Guardiola dismissed suggestions that he will move for the 20-year-old – or any expensive striker for that matter.

Bizarrely, the City boss claimed that the club – owned by billionaire Sheik Mansour – doesn’t have the money to sign a top-level striker.

“Listen, with these prices we are not going to sign any striker,” he said when asked about replacing Sergio Aguero, who will leave this summer on a free.

“All the clubs struggle financially and we are not an exception. We have Gabriel [Jesus] and Ferran [Torres], who played incredible in this position this season.

“We have young players in the academy and we have played many times with a false nine. 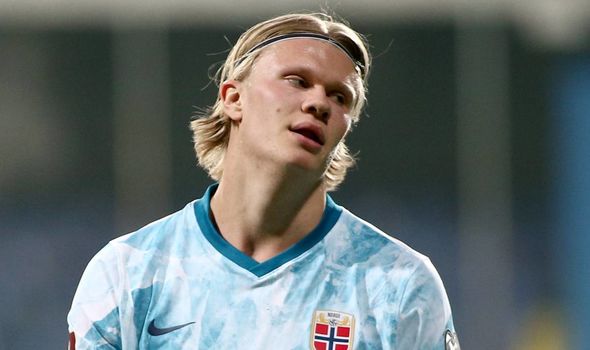 Haaland will likely set any club back at least £130million this summer, considering he has a release clause of £65m active next year.

And both United and Chelsea should take Guardiola’s comments with a pinch of salt.

To believe that City won’t be interested in a generational striker such as Haaland is unreasonable.

And they’re also one of the few teams who could afford to buy him without it putting a dent in their owner’s bank balance. 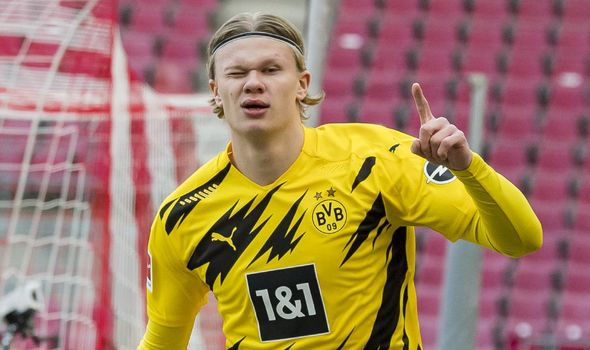 Since Guardiola came to City, the club has forked out more than £850m on new players.

With the summer approaching, it could easily be argued that all other areas of their squad are covered.

Not going for a new striker would be an extremely unlikely outcome this summer, and if they’re going to go for one, Haaland makes the most sense of all.

Chelsea and United need to be careful and do all they can to pip City to the post.