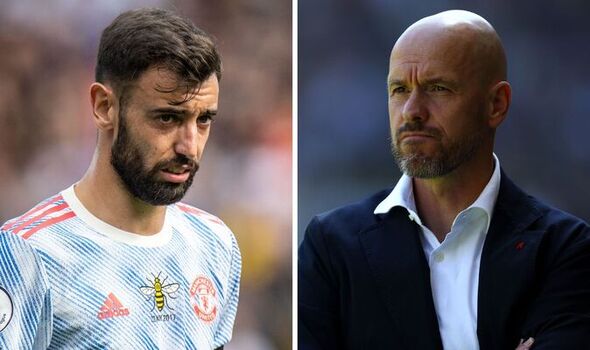 Manchester United have been tipped by Gary Pallister to make a move for free agent Christian Eriksen this summer. The Red Devils are yet to make any moves in the transfer market with Erik ten Hag seemingly still working on what he wants in the window.

Several changes are expected to be made with the likes of Paul Pogba, Jesse Lingard and Nemanja Matic all leaving. Midfield has long been a problem area for United and Ten Hag is light of options with both Pogba and Matic departing.

Bruno Fernandes has been the main choice to play just in behind the attack with Fred and Scott McTominay playing in front of the defence. With Ten Hag now arriving, the Dutchman may look to change things up on how United line up.

At Ajax, Ten Hag would often choose two attacking midfielders and have just one sitting in front of the defence. Ole Gunnar Solskjaer and Ralf Rangnick were unable to get Fernandes and Pogba working in the same team as both players favoured the central position.

But Pallister believes Eriksen would be a great piece of business for his former side given his Premier League experience and that fact he’s available for nothing.

“I think he’s a fantastic player. I know he can do it in the Premier League, I saw him at Tottenham, he was outstanding there and that’s what got him the big move,” he told Lord Ping. “After all the problems he’s had, it’s great to see him back playing football.

“If he was to arrive at Manchester United, there’s no doubt about him, he’s proven it in the Premier League already that he can handle it. I think he’s a little bit like Bruno Fernandes, I don’t know if you’d be able to fit both of those players in the same team but it would be a nice combination to have I guess.

“He’s got great quality, proven in the Premier League and on a free transfer, if you got him into your club, I’m sure every club in the world would be happy to have Eriksen in their side. It’s one Ten Hag will maybe be looking at, it’s not often that players of that class come up for free.”

Eriksen was given a chance to return to action by Brentford back in the January window and the Denmark international quickly acclimatised to life back into English football. He scored in the 4-1 win over Brentford while also showcasing his playmaking abilities with four assists.

He’s now available as a free agent with Brentford reportedly keen to re-sign him, but several other Premier League clubs are also being linked.