Anthony Martial will likely miss the remainder of the season for Manchester United, Ole Gunnar Solskjaer has confirmed. Martial picked up an injury last month while on international duty with France.

The 25-year-old was forced off with a knee issue in France’s 2-0 win over Kazakhstan.

He could be seen grimacing as he left the pitch with the aid of a physio in worrying signs for United boss Solskjaer.

“Anthony has a small issue on his knee. Nothing is decided yet,” Deschamps said on Tuesday. 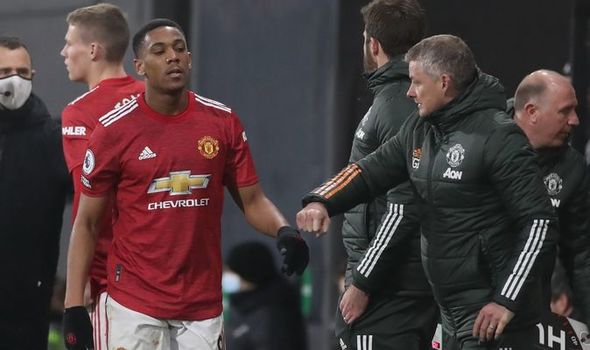 “Anything serious has been dismissed. We’ve run some tests, but there’s still the pain, and having travelled as long as we have, that hasn’t helped.”

But Solskjaer has been left devastated after discovering that Martial’s injury was far more serious than first reported.

The United boss doesn’t expect the striker to be available for United again this season.

“Unfortunately he’s sprained his knee with France… losing Anthony for what might be the rest of the season is very disappointing, especially when the reports and signals are from there that it’s wasn’t (anything) serious but it looks a bad one, yeah,” Solskjaer said.

However, the Norwegian coach did go on to say that there is some hope that he could return for the final few games of the campaign.

“He sprained his knee with France and it looks like he’ll be out for a few weeks, definitely,” Solskjaer added.

Martial’s absence has been eased by the return to fitness of both Mason Greenwood and Marcus Rashford. 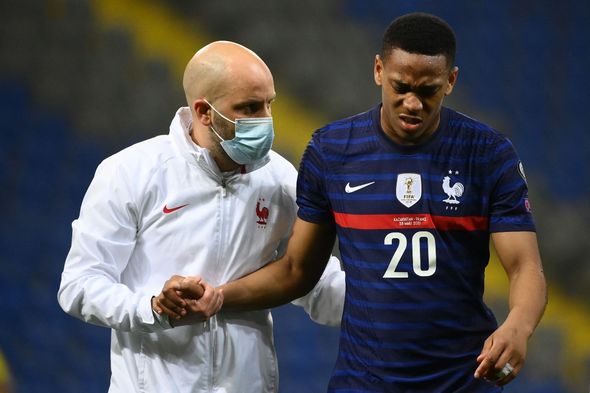 Greenwood was sent home from England’s Under-21 squad with a small issue while Rashford withdrew from Gareth Southgate’s side due to an ankle injury.

Edinson Cavani has also recovered from a muscle injury which kept him out of four of United’s last five Premier League matches.

With Martial set for some time on the sidelines, Solskjaer will be desperate for Cavani to stay fit until the end of the season.

After Brighton, United face Granada in the first leg of their Europa League quarter-final before travelling to face Tottenham next weekend.